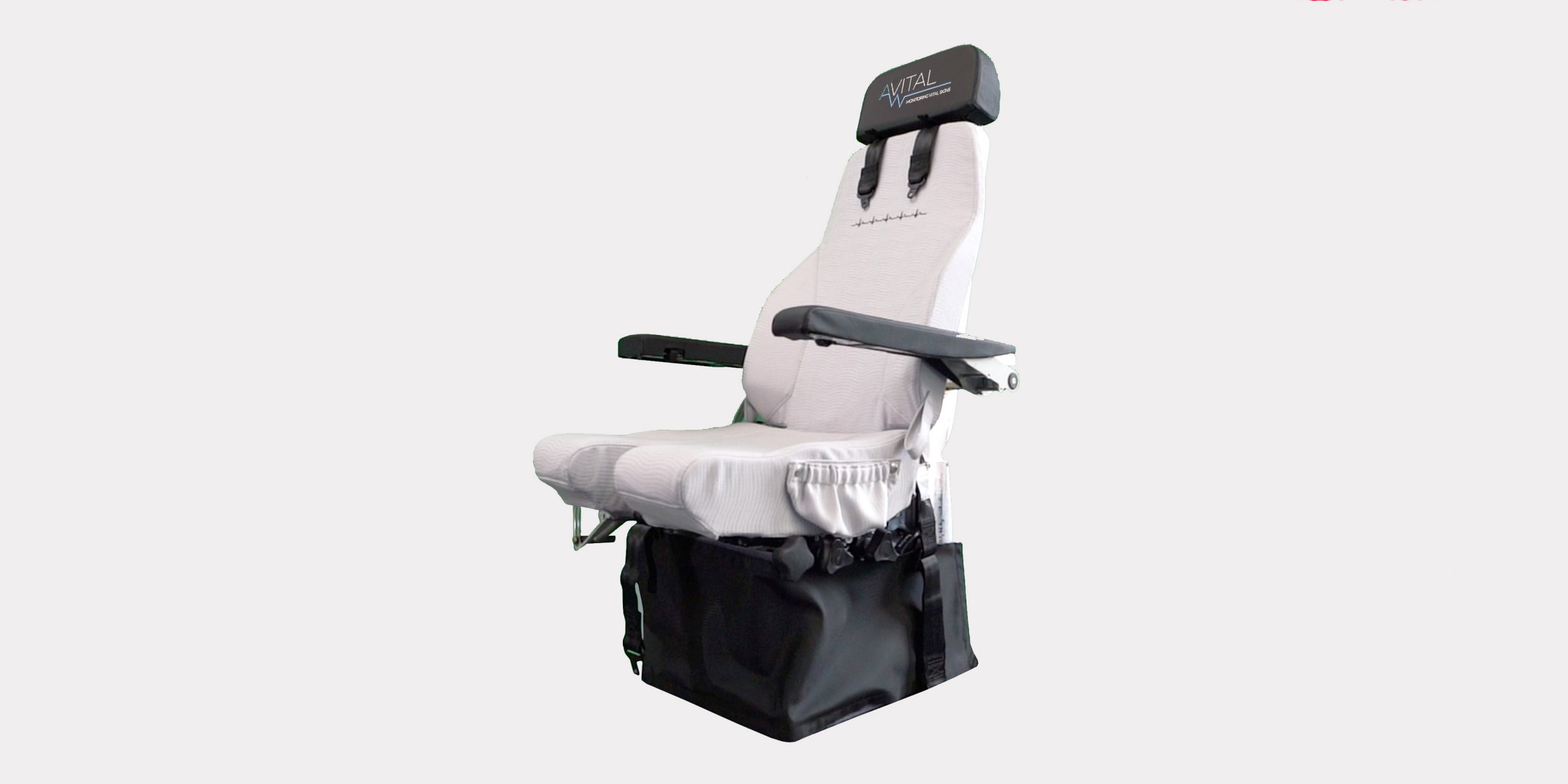 Each year, hundreds of airline passengers experience some sort of heart trouble while mid-air.

Attracting the attention of an airline steward can be tricky at the best of times, let alone for a medical emergency that require urgent treatment.

But a German company thinks it’s come up with a solution – seats that monitor your heart rate in real-time.

The seat-embedded sensors are supposedly capable of measuring your heartbeat without any need for skin contact or wiring, and can check the recordings against a database of known recordings to warn of an impending problem.

Avital is the brainchild of ACM Aerospace, and foresees its technology being used on both passengers and pilots, looking out for health problems like exhaustion and stress.

Though taking echocardiograms (ECG), the most common type of heart scan, is the prime goal of Avital, the technology can also monitor for when a pilot is tired, and signal for a co-pilot to takeover.

A 2013 study found that, in just the US, 38 people experienced cardiac arrest while in the air, over a three-year period. If you take that number into account for the entire world, there’s likely hundreds of cardiac episodes in the skies each year.

Taking readings over the duration of the flight can also give better long-term analysis than a quick snapshot.

The technology powering Avital consists of capacitive sensors, similar to the ones that power the touchscreen in your phone, embedded into the fabric of the seat back and surface.

Able to take readings through a person’s clothes, the sensors can read the speed and ‘variability’ of a passenger’s heart rate, as well as other variables like breathing rate.

It’s not the first time the idea of heart-monitoring flight seats has come up – in 2017, Dutch airline KLM teamed up with Delft University of Technology students to create FlightBeat, a pilot project to detect when passengers were stressed, nervous or experiencing cardiac problems.