Amazon reimaged two classic stories by giving them a happy twist for their “Prime Changes Everything” commercials  — featuring Rapunzel in one TV spot, and Cleopatra in the other. Amazon described the ads as, “confident, self-aware, and light-hearted look at how Prime enables positive change in a fantastic way.” In both ads, the women change the trajectory of their tales by making crucial orders off Amazon Prime.

For “Rapunzel Doesn’t Need a Prince,” the company had Rapunzel captured in a tower, but instead of waiting to be rescued, she took the initiative and went on Prime to order a giant ladder with same-day delivery. In the accompanying commercial “Cleopatra Has a Change of Heart,” Cleopatra is shown traveling across the desert with loyal subjects carrying her while she sat perched on a throne. To lighten her subjects’ workload, Cleopatra goes on her tablet and orders a bunch of items off Prime, including dirt bikes, dune buggies, goggles, and more.

To put extra sheen on the stunning commercials, Amazon recruited Academy Award-winning cinematographer Erik Messerchmidt to film the spots. A modern hit in Nicki Minaj’s “Feeling Myself,” featuring Beyoncé, was used for the Rapunzel ad, and an old classic was unearthed for the Cleopatra commercial.

Do you recognize this hit from a '70s rock group? 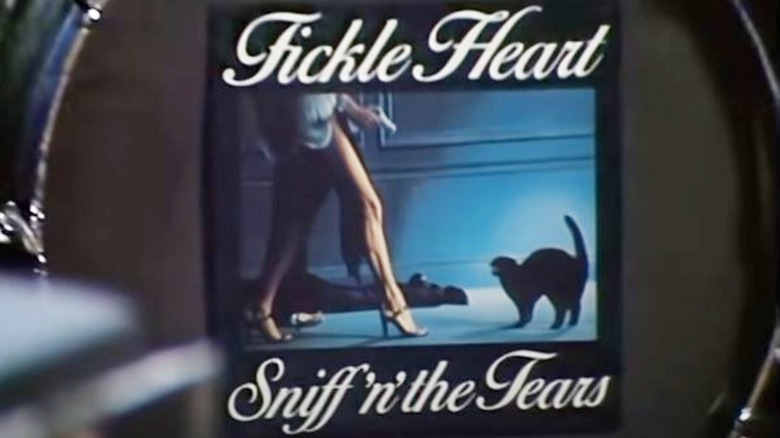 The song in the Cleopatra Amazon Prime commercial is “Driver’s Seat” by British rock band Sniff ‘n’ the Tears. “Driver’s Seat” was featured on the group’s first album, “Fickle Heart” and was a hit in both the United Kingdom and the United States in 1979, per All Music. The catchy track was the new wave band’s biggest hit, and climbed to No. 15 on Billboard’s Hot 100, per Vintagerock.com. At the end of the television spot, as Cleopatra’s subjects are shown rejoicing with their new toys, the opening lyrics of the song are heard. “Doing all right / A little jiving on a Saturday night,” the group’s frontman, Paul Roberts sings.

According to Roberts, “Driver’s Seat” is about coping through heartbreak. “The lyrics were inspired by the bewilderment felt in the aftermath of a breakup and the need to be positive,” he told BRM in 2009. “Confused, fragmented, but in the end looking for the light.” The Amazon commercial was not the first time Sniff ‘n’ the Tears’ hit had been repurposed. Roberts credits the song’s “three-chord revolving structure” with giving it a timeless quality. “[That’s] no doubt why it’s been sampled so often by dance music producers,” the singer added.

Keep reading to find out how the classic ’70s tune was created.

Several bandmates left before the song was a hit 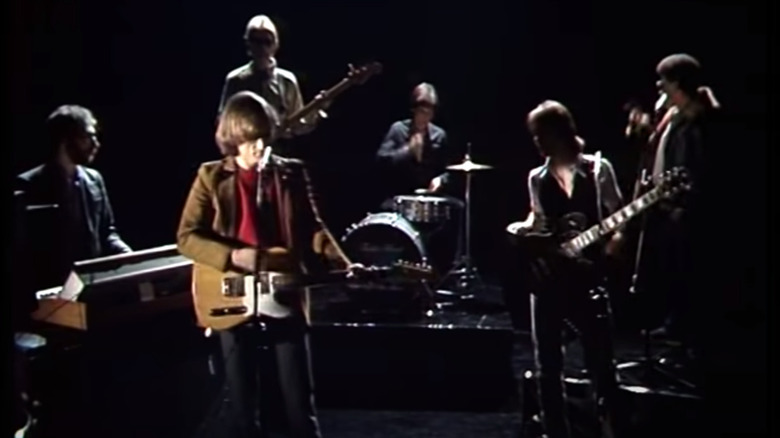 Sniff ‘n’ the Tears’ frontman, Paul Roberts, had the original impetus for “Driver’s Seat,” but it was ultimately a true collaboration. “Suggestions came from everyone in the studio, so I would call it a collaborative effort arrangement-wise,” Roberts told BRM. Long before the group fine-tuned the single, Roberts conceived of the melody in 1973 while out on a walk to avoid his crummy apartment. “I was sharing a room in Hammersmith with a mouse and a very noisy fridge,” he wrote on the group’s website.

The track was produced as part of the group’s demo album “Fickle Heart,” but not all of the musicians involved were sold on the band’s potential for success. After Sniff ‘n’ the Tears dropped “Driver’s Seat,” band members were faced with a difficult proposition.

“Now things progressed quickly, possibly too quickly. Our busy schedule meant that the musicians in the band had to make the commitment or leave,” Roberts wrote. This ultimately led to two members leaving before the song blew up. The group knew they had a catchy tune, but they could not pinpoint what exactly made “Driver’s Seat” so appealing. “It didn’t conform to the obvious tropes, but everyone who heard it seemed to love it so we knew we were onto something. I still couldn’t tell you what,” Roberts said, via Vintagerock.com. Over the years, Roberts has been the only constant member of the group, though other members contribute to the band’s albums.