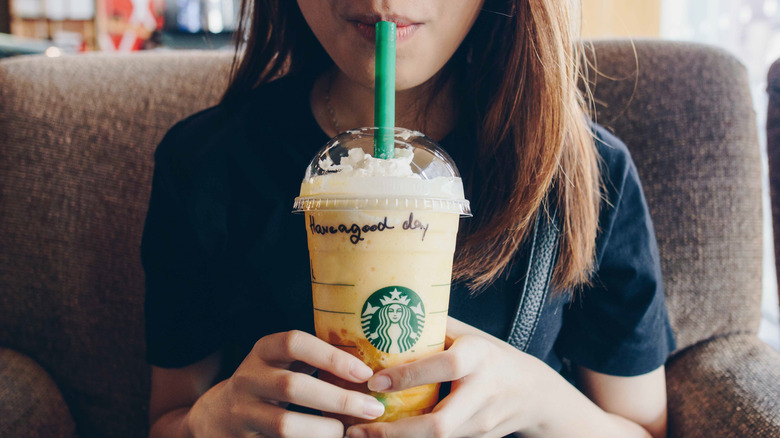 Starbucks’ secret menu is perfect all year long, but it’s especially perfect during the summer. The coffee shop chain’s Frappuccinos are perhaps their most customizable drinks, and definitely ones that people have some of the most fun with. Did you know you can order a Frappuccino that tastes like a strawberry cobbler? Or how about one that tastes like a creamsicle? In any case, the Starbucks secret menu is ever-expanding as fans of the franchise continue to experiment and reinvent what a coffee shop drink can look like. One of the latest iterations is a drink that tastes like an Orange Julius.

What could be more perfect for summer than an Orange Julius? If you don’t know, the Orange Julius was born in Los Angeles in the 1920s. According to The Kitchn, the sweet, frothy drink was created by Julius Freed and was named after how people would come up to his stand and order something along the lines of, “I’d like an Orange, Julius.”

The name stuck, and it’s still used a century later to describe a frothy orange drink that is too aerated to be a milkshake and also much sweeter than a smoothie. It’s its own special food, and it’s typically made by blending together orange juice concentrate, milk, ice, vanilla, and sugar, with the orange and vanilla flavor combination being its signature attribute (via The Kitchn). 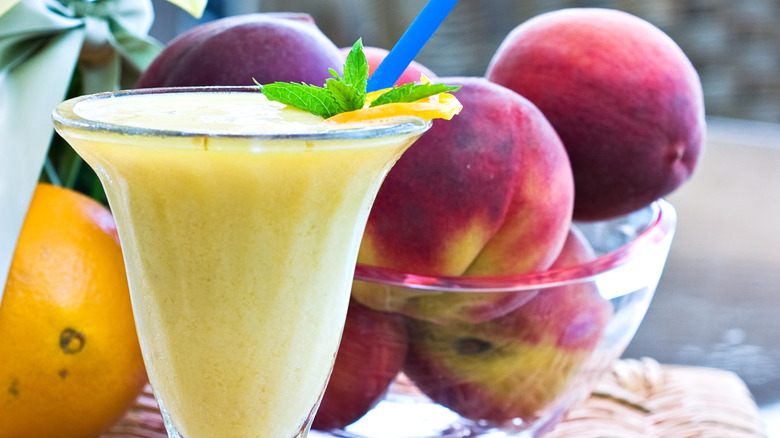 Now, you can get a version of this delicious drink at your local Starbucks. To make your copycat Orange Julius, you’ll want to start by ordering a venti blended lemonade (via Taste of Home). Starbucks’ blended lemonades are good on their own, and they give you the perfect texture for an Orange Julius. It’s important to have it blended on the lemonade setting to achieve this texture, so be sure to mention this when ordering your secret-menu drink.

Next, you’ll want to grab a bottle of orange juice from the Grab and Go section of your Starbucks. This coffee shop chain doesn’t allow outside food and drinks inside their stores, so you’ll have to buy their orange juice. Then, ask them to blend roughly half of the bottle of juice into your blended lemonade. Then comes the flavors that make this drink pop. You’ll want to request two pumps of vanilla syrup and two pumps of classic syrup. These will provide you the sweetness level of the traditional Orange Julius.

Finally, you’ll want to add vanilla cold foam to top it all off (via Taste of Home). These flavors and textures all come together to make a drink that is sunshine in a cup. If you grew up drinking Orange Juliuses, this is the perfect drink to awaken your nostalgia, and if you didn’t, this is a really great drink to try for the first time. It’s an experience all in one cup.