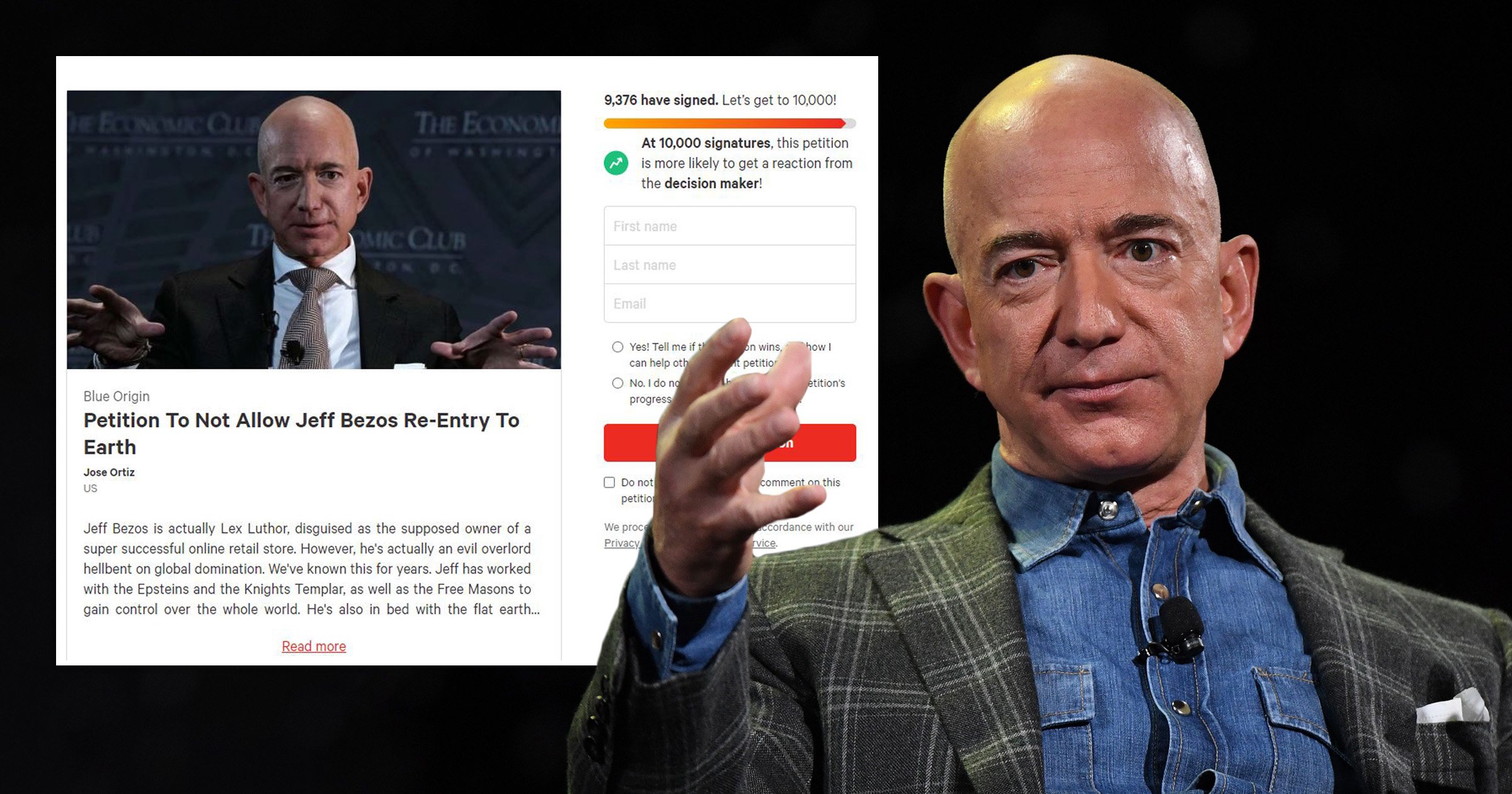 Jeff Bezos is going to take a historic flight into orbit next month aboard the New Shephard craft developed by his personal space company, Blue Origin.

And apparently, not everyone thinks he should be allowed back.

A petition demanding that Earth firmly replaces the velvet rope across the doorway once Bezos leaves is gaining momentum.

At the time of writing, over 8,000 people have signed a change.org petition barring the billionaire from re-entry.

Started by a user called ‘Ric G’, the petition blurb states: ‘Billionaire’s should not exist…on earth, or in space, but should they decide the latter they should stay there.’

And Ric clearly isn’t alone in his hatred of billionaires.

‘If they can send a billionaire to Mars why can’t they send them all there,’ commented Lynda Dods, who is seemingly unaware that humans (personal wealth notwithstanding) have yet to make the 34 million mile trip to Mars just yet.

Amazingly, there actually seem to be multiple petitions to stop the Amazon founder coming back. Here’s a picture of a different one:

Bezos, the founder of Amazon and second wealthiest bloke in the world, announced earlier this month he’ll be flying into space alongside his brother and the anonymous winner of an online auction.

Blue Origin, the company Bezos started in 2000, is locked in a battle with Virgin Galactic and, eventually, SpaceX to allow paying tourists to take a trip to space.

The name of the craft – New Shepherd – comes from Alan Shepherd, the first American to travel into space back in 1961.

The compartment at the tip of the New Shephard rocket is where Bezos and eventually other paying tourists will sit during their trip to the cosmos.

The capsule is designed to carry up to six passengers, who will float in zero gravity for 10 minutes while taking in the views at some 340,000 feet above Earth’s surface.

The seats recline fully and the capsule is fitted with the largest windows to ever travel into space.

And no matter how many people sign the petition, Bezos and crew will still be re-admitted to Earth after their journey is complete.