Skip to content
HomeLifestyleTinder has a new safety feature, but does it shut the door to abusers?

In January 2020, Tinder’s owners, Match Group, announced that their most profitable app would be introducing a suite of new safety features. Photo verification, a panic button and a system that flags potentially offensive in-app messages. Users who sign up for the panic button will display a blue badge on their profile.

Mandy Ginsburg, the CEO of Match, has likened the new features to lawn signs that warn a potential thief that a home is protected by a burglar alarm. It is unfortunate that these changes have been so limited. Trying to deter criminals is great, but why not take steps to prevent them using the platform in the first place? 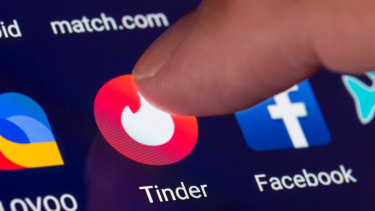 Tinder has introduced some safety features but they do not go nearly far enough.Credit:AAP

The changes fall short of bringing Tinder in line with the group's flagship app, Match.com, which has screened paid users for close to a decade. As someone familiar with Tinder, I would say millions of Australian users continue to be exposed to terrible risks; the app gathers so little data that it is not possible for known violent or sexual offenders to be screened.

Acknowledging these limitations, a Match Group spokesperson said, “There are definitely registered sex offenders on our free products.”

When I first decided to try Tinder I was wary but hopeful, like millions of others using the dating platform. It’s been 15 years since Facebook supersized our social circles and by now we’re well aware that the rewards of the digital world are not without risks.

Tinder champions online dating as safe and fun, and deflects stigma with game like user experience. It is easy to assume those behind the app must take steps to protect users and maintain the health and viability of their platform. That is still not the case.

I'm one of the 4.5 million Australians to have used online dating and not only did I suffer a devastating assault by someone who found me on Tinder, but less than 24 hours after the gruelling court appearance that protected me with an intervention order, my abuser was back on the app.

This demonstrated a terrifying and continuing lack of barriers against serial predators.

Experts confirm this pattern of offending is alarmingly common, yet Tinder still fails to carry out even the most basic identity checks, which means there is still no way for app users to know if a violent perpetrator awaits us if we swipe right.

I did my part when I was a victim of this, and the police and courts are doing theirs, but Tinder is still letting users down.

According to some estimates, state governments and NGOs in Australia are spending as much as $34 billion a year trying to respond to the national abuse crisis. Yet change will remain elusive while apps like Tinder continue to make it too easy for perpetrators – even perpetrators with police records – to find their next victim.

Social media and dating sites have changed the way we enter relationships so rapidly that the law is struggling to catch up and the new "security measures" are nowhere near enough. Repeat offenders thrive in such unregulated spaces, so what can be done to stop this?

Online dating plays an increasingly important role in the lives of Australians, and its potential to bring violence into our homes is acknowledged by state governments. The states are considering rolling domestic violence disclosure schemes out nationally, which means we're at a turning point for these billion-dollar organisations.

Researcher Dr Rosalie Gillett, of QUT, asks whether we can afford to ignore the way that apps like Tinder “promote, amplify and facilitate violence?” Her research includes accounts of Australian women who have experienced violence on Tinder dates, and highlights ways that Tinder’s features create a culture that supports behaviours proven to lead to abuse.

Despite this being a known problem, Tinder continues to allow anonymous registration by anyone with a mobile number. The real question is, should there be a serious conversation about Tinder users being ID-checked and verified? An inquiry was launched recently by the US House Oversight and Reform subcommittee to discuss just that.

There are some strategies we can employ to help keep ourselves safe. Offenders are known to "data farm", which means gathering information about those they intend to stalk and abuse. Consider not linking Tinder to your Facebook or Instagram accounts, as well as not using your real name. Revealing such information creates an asymmetry of information that puts you at an immediate disadvantage if you are in the cross-hairs of someone who is deceiving or grooming you.

We all know we need to enter new situations with our eyes open, but surely the business of selling access to us comes with strings attached? Despite the new safety features, Tinder is still offering an open door to violent offenders, putting the onus on women to ensure their own safety in quite impossible circumstances. That is out of step with both industry norms and social standards.