“Steyer’d up,” the chant went at the candidate’s last rally before the primary. “Ready to go!” 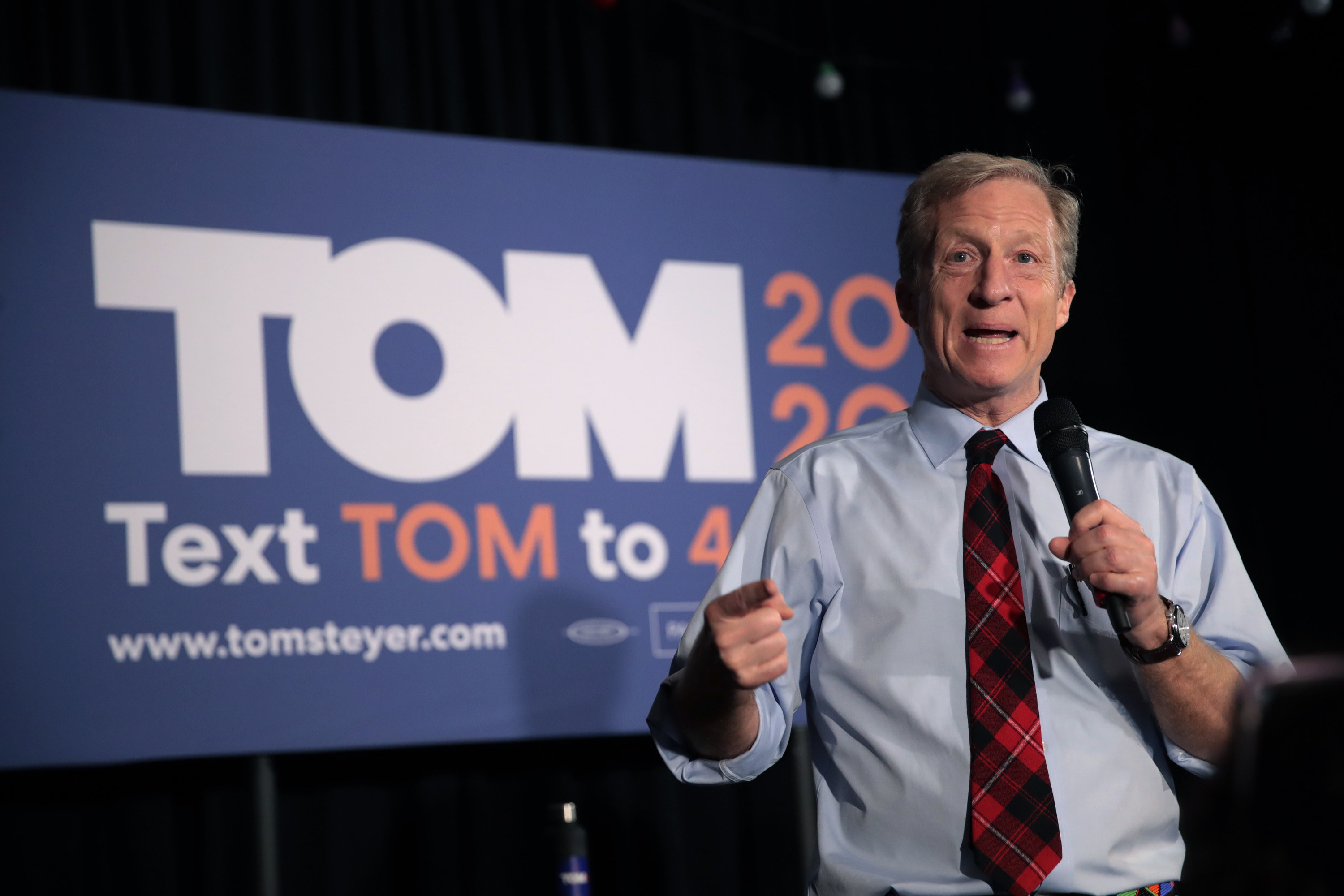 COLUMBIA, South Carolina — On Friday night, Tom Steyer danced onstage to a live performance of “Back That Azz Up.”

Under blue and purple stage lights, the rapper Juvenile performed the song at Steyer’s last rally before Saturday’s South Carolina primary in a half-empty gym at Allen University, a historically black college here in Columbia.

The final event for Steyer was a hodgepodge of HBCU and southern Baptist culture: The campaign brought Juvenile and gospel singer Yolanda Adams to perform for a largely black audience. It was a small and energetic event that celebrated the culture, joy, and struggle of black southerners — a vignette of the campaign black South Carolinians say has wooed them away from campaigns like Joe Biden’s.

Steyer’s campaign has invested heavily in South Carolina: Both campaign and candidate have gone deep into rural black communities to learn about the lives of black South Carolinians — all while blanketing the state with television ads and glossy mailers that have propelled the candidate who lost in Iowa, New Hampshire, and Nevada to third place in polls of South Carolinians and the second choice among black voters. He has also, in recent weeks, has put on an array of rally-shows in Las Vegas and South Carolina featuring (one of the) Boyz II Men and TLC.

A high-low Twilight Zone, however, carried throughout the event. People trickled into the gym Friday evening under signs that read “invest in HBCUs” and did the electric slide to Beyonce’s remix of “Before I Let Go.” They halfheartedly did the Renegade TikTok dance to K Camp’s “Lottery,” and linked arms to swag surf while being led by a campaign surrogate.

When the music paused, a staffer yelled, “DJ spin that shit!” before Beyonce’s “Get Me Bodied” bumped through the venue’s speakers.

Later in the night, the voters in the crowd followed along to a new version of the “Fired up! Ready to go!” chant lead by its creator, Greenwood County Councilwoman Edith Childs. She created the chant during Barack Obama’s first presidential campaign, and has backed Steyer’s in the 2020 primary.

The crowd got riled up with the opening chords of “Back That Azz Up!” — the first time it was played — settled down as sound issues interrupted the performance. (Juvenile complained about the sound mixing to the event staff, and stopped and started his performance several times before walking offstage to let event staffers figure out the sound issue.)

“Juvie’s comin’ back out! We’re gonna let Yolanda Adams come out and then we’re coming back to shut this bitch down for y’all!” Juvenile’s hype man told the crowd that had been quietly waiting for him to start performing again.

Adams, the Grammy-winning gospel singer, walked out on stage to encourage voters across the state to turn out for Steyer and performed a version of “America the Beautiful.”

Steyer was then introduced by his daughter and wife who told the crowd that it was time for minority voters and young voters to be heard. Steyer ran through the story of his campaign’s journey through South Carolina — recalling trips to Denmark, a small town where one of the water wells has been contaminated HaloSan, a chemical used to disinfect pools and hot tubs and stories of medical debt and economic disparity.

In the end, Steyer told the crowd here that he and his wife fallen in love with state and South Carolinians’ “moral leadership.”