A police officer who plunged into depression after a terrifying assault and a mother who lost the energy to make an effort have unveiled their stunning transformations after confidence-boosting makeovers.

Mother-of-two Julie, 51, and police officer Amanda, 41, both looked almost a decade older than they actually were before appearing on Channel 5’s 10 Years Younger.

Before the makeover started, passers-by on a UK high street were asked to give both women an age.

Julie, 51, who had prioritised her work and her children over her appearance, was thought to be 60, while Amanda, 41, was given five extra years at 46.

The pair met with TV presenter Cherry Healy and were linked up with a team of professionals who helped them connected with their true selves, and viewers were very impressed with the finished results. 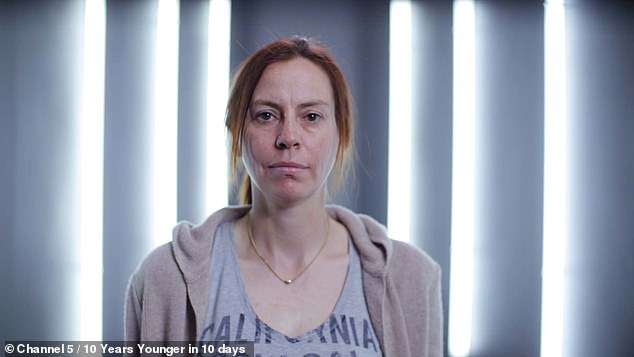 Police officer Amanda, 41, was believed to be 46 by passers-by on a UK high street, after losing confidence in her appearance after being assaulted at work (pictured before her makeover) 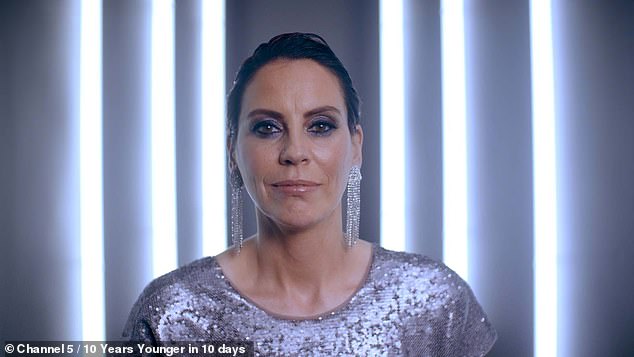 Amanda said she felt ‘happy’ and ‘content’ and more like her old self after having a glamorous makeover, with new clothes, beauty treatments, dental work and hair styling (pictured after)

Amanda, who had lost her confidence after being assaulted by a man while working as a police offer, wanted to reconnect with the fun-loving, confident woman she had once been.

‘I was on duty one night on public order patrols, and we ended up in an altercation with a male badly assaulting me by trying to put me through a shop window,’ she recounted.

The incident had a deep impact on Amanda’s well-being, sending her into depression.

‘My mood dropped, I dealt with a lot of mental health issues and I feel like I slipped away in the process as well and I just don’t think I’ve got back up yet.’

‘I would really like to get to be the old me again,’ she added, choking up.

Amanda admitted she had hit rock-bottom, but wanted to get better, and to reconnect with her old self.

‘I got to that point in life where I need to stop the roundabout from spinning and get off and get back to being the person I was so proud to be once,’ she said, tearing up.

During the course of ten days, Amanda met with stylish Gemma Sheppard and makeup artist Hannah Martin, who taught her a few simple tricks to accentuate her natural beauty.

Her milestone came with the help of cosmetic dentist Dr Uchenna Okoye, who replaced her damaged teeth with pearly whites, reducing Amanda to tears.

At the end of the journey, the police officer barely recognised herself after slipping into a shimmery dress and donning glamorous makeup. 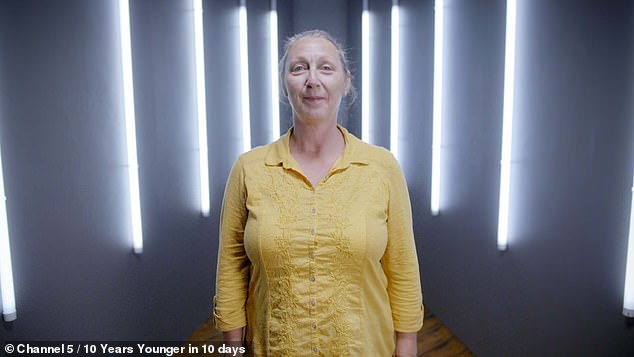 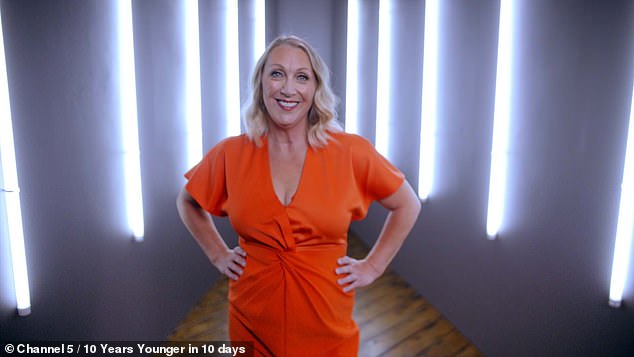 Showing off a sleek black bob with red streaks, Amanda said her new style perfectly captured her inner self.

‘My face, it’s just looks to me someone like I can look back and not look away,’ she said with a delighted smile.

When looking into the mirror, she saw: ‘someone that’s happy and content, which I haven’t seen in a while,’ she added.

‘It’s really sharp, it’s really edgy, and it’s really me,’ she said, before adding: ‘I feel like a completely changed woman.’

Amanda’s family were blown away by our confident she looked as she beamed towards them.

At the beginning of the experiment, Julie admitted she hated the way she look, and had given up on making an effort because it was ‘too much of a challenge.

She was disheartened by the lines and wrinkle, particularly by her jowls, which cause her skin to sag below her chin and on her cheeks.

‘You get over that 50 hill and suddenly you start feeling you’re on the down slope of life,’ she said, before adding she wanted to make the most of her mature years.

Now that her two children were grown, Julie wanted to take the time to look after herself a bit more 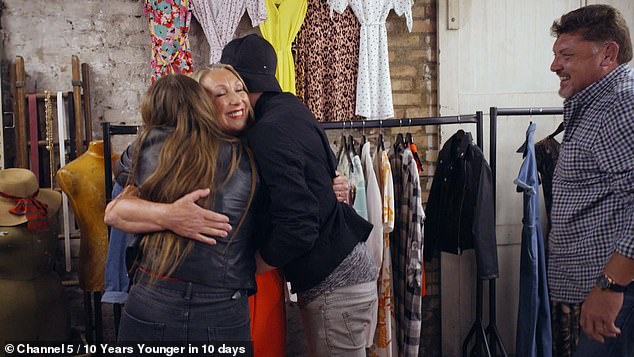 During her makeover, the mother-of-two met with Cosmetic physician from Harley Street Dr Tapan Patel, who injected her with fillers and Botox in order to reduce the appearance of her lines and ‘jowls.’

He injected her cheekbones and chin with fillers, and complete with a touch of Botox over her lips, over and under her eyes and on her chin, in order to replump her skin.

Julie was delighted with the results, touching her face in amazement.

‘I just think I look healthy and fresh and young,’ she giggled.

But it wasn’t after the makeover was complete, with a new wardrobe and stylish hairdo, that Julie was swept away.

Discovering her figure in a flattering red dress, and sporting a healthy glow thanks to a dash of makeup, chatty Julie was rendered speechless at the sight of her reflection. 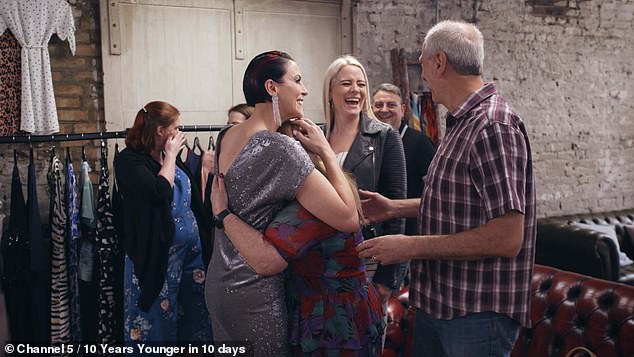 ‘My overall look now really reflects my personality,’ she added, ‘it shows my inner spirit.’

‘It’s just changed everything,’ she gushed.

After the makeover, Julie was submitted to the same experiment, and this time, people gave her an average age of 45, six years younger than she actually was.

‘My confidence is just through the roof,’ she said.

Her children and husband, who had regretted that she did not take the time to look after herself, were blown away with her results.

‘What a soppy bugger. Seeing Julie looking incredible and her husband speechless was just so lovely! Every woman needs a man to look at them that way,’ one said.

‘All these women need is a new hairstyle and some make up, makes a big difference,’ observed another.

‘Loving this programme. It’s got a 90s style about it. Simpler and nicer time! Nice to step back in time and see people rejuvenating themselves,’ one wrote.

‘Wow! They both look fantastic! I hope it has made them feel better about themselves! That’s the most important thing,’ said another.

‘What a transformation for Julie,’ applauded one.