What began as a successful green revolution in apartment construction has turned sour, with two of Melbourne’s top residential architects in dispute over a housing organisation that aimed to do development differently.

Andrew Maynard, who has won multiple awards for his residential projects, has accused fellow architect Jeremy McLeod, a co-director of the green housing organisation Nightingale, of abandoning the ideals behind a development model which they and other architects conceived. 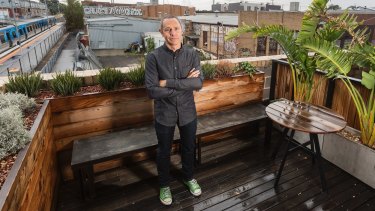 Architect Jeremy McLeod, on the balcony of his apartment in The Commons in Brunswick. Its success spawned Nightingale Housing.Credit:Sunny Nyssen

In response, McLeod and others in the Nightingale organisation insisted Maynard was wrong and have threatened to sue for defamation.

Nightingale is a sustainable housing group that formed after the success of an apartment project that McLeod helped complete in Brunswick in 2013, called The Commons.

The development, which saw McLeod win multiple design awards, was a first attempt at removing the profits of developers, and launching projects led by architects to create green buildings that were also good places to live.

The buzz around the “deep green” apartment building that followed, Nightingale 1, gave rise to the housing organisation of the same name. Together with The Commons, it helped shift consciousness about what apartments in Melbourne could look like. 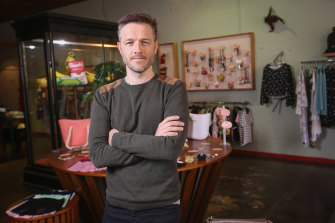 Nightingale went on to start apartment projects as far afield as Fairfield, Ballarat, Adelaide and Fremantle.

But the idealism turned sour this week, with McLeod and others in Nightingale turning on Maynard after he voiced concerns about where the organisation was heading. Those concerns were backed by more than a dozen people in the industry interviewed by The Age this week about Nightingale.

Maynard – whose firm Austin Maynard Architects designed and is building two large projects under the Nightingale umbrella – went public on Instagram about how the Nightingale brand was being used.

Architects rarely speak publicly about things going wrong in their industry; fights generally play out behind closed doors. Not this time. 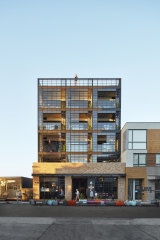 The Nightingale apartment in Brunswick.Credit:Peter Clarke

While Nightingale is officially a not-for-profit organisation, its sole leaders are now McLeod and wife Tamara Veltre.

“And strapped to its hood was the corpse of Nightingale,” he wrote. 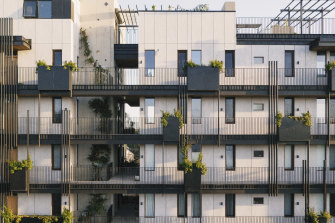 The Nightingale 2.0 apartments in Fairfield.Credit:Rory Gardiner

“One person,” Maynard said – not naming McLeod but clearly meaning him, “now owns the incredibly valuable Nightingale brand. The brand we were all building for the community is now controlled by one person.”

He called for the Nightingale organisation to have an independent and experienced chief executive officer. “It doesn’t. As of last night, the now sole owner is the managing director,” Maynard wrote – also referring to McLeod. 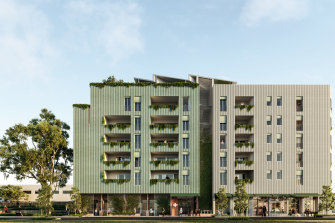 Soon after the post, a defamation concerns notice was sent by McLeod and the other directors to Maynard via commercial law firm Madgwicks – which some would say is the antithesis of the bohemian image Nightingale has cultivated.

Interviewed about why he had spoken out, Maynard said it had nothing to do with McLeod or their relationship. “Jeremy has been an incredible advocate for change,” he said. But Nightingale’s board needed to better reflect the community, he said – “To protect the ethics of an organisation you need numerous custodians”. And its leadership needed to have more experience in not-for-profit organisations. “I very much hope that Jeremy stays as the voice of Nightingale but the entire structure should not be built around him.”

In response to Maynard’s Instagram post, along with its defamation threat demanding the architect take down his 322 words, Nightingale issued a five-page letter. This 2000-word treatise outlined Nightingale’s response to the issues Maynard had raised.

Interviewed on Friday, McLeod said Nightingale would continue, and that his architecture firm Breathe was not making undue profits. He said he owned little beyond his apartment in The Commons.

McLeod declined to answer questions on why he was involved in taking defamation action against another architect, referring questions on it to fellow board member Angela Perry.

Ms Perry said that Nightingale Communities Ltd had threatened to sue Maynard, who is a fellow director in another Nightingale company, because they wanted his Instagram posts taken down. “Clearly the posts have the [potential] to damage the projects we have under way,” she said.

McLeod said he had realised, via the challenges thrown up by trying to build sustainable apartments differently, that developers had an almost impossible job. Nightingale’s initial aim was to, in effect, eradicate the need for property developers, he said.

“It’s changed my perception of developers,” he said. “I thought they were all evil, and now I realise they are all half crazy.”

Our Morning Edition newsletter is a curated guide to the most important and interesting stories, analysis and insights. Sign up here.