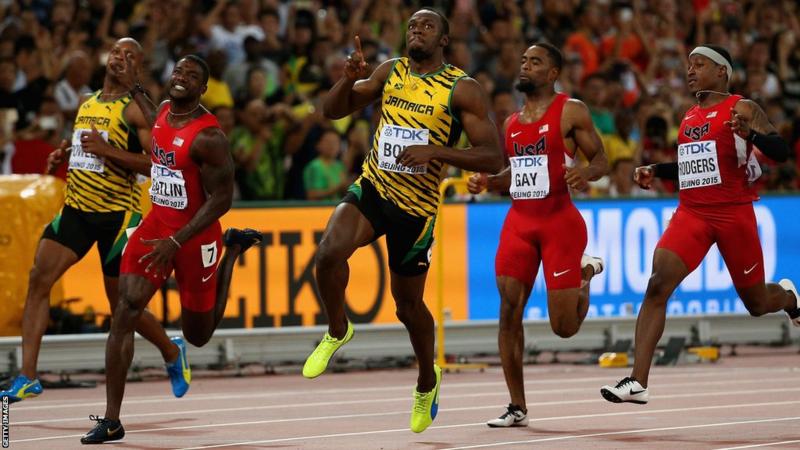 Sometimes it’s the big stuff you remember: the nights when everyone else was there, when all around was bedlam and joy and happy disbelief.

Sometimes it’s the small details. The things that you saw that maybe no-one else noticed, the expression on a face, a lifetime of dedication and dreaming reduced to one moment and a reaction to it. Sometimes it’s the sudden hit: the realisation that you’re watching something that you could never do, that the person in front of you is normal in many ways but extraordinary in a way the rest of us could never be.

That’s what it’s like watching sport. And when you look back, when the chance comes in a world racing along on fast-forward, those are the tales that stay with you. Those are the ones that you’ll tell again, that bring warmth on dark nights, that live on in the way we weave our own stories around them.

An Olympic 100 metres final is always a big one. In Beijing in 2008 it was as before but as never again too; a stadium that had been routinely full on previous nights suddenly seeming to have fresh faces and new corners to fill, an influx of superstars from other sports who understood they had to be there too.

Everyone knew Usain Bolt. What he might be able to do, what had come briefly before. What no-one was sure of was whether it could happen now. Twenty two years old, still waiting for his first major championship win, different in the way he walked out and clowned around on the blocks, still just a sprinter, at that point, like the seven men around him.

The build-up matters in a sprint final. It’s the heat before the thunderstorm, the kinetic energy before the lightning strike.

You stared at Bolt, in his bright yellow Jamaica vest and black shorts, and you couldn’t look away. His size, his antics, how happy he looked when everyone else seemed chewed up by tension and the weight of what the night meant.

You stared at Bolt and you realised: this little strip of track is being watched by more people in the world right now than anything else on the planet. And this man is drawing all the light to him, all the attention, all the power. He’s using it. He’s making it his.

And then the gun went, and there was no-one else. Just Bolt, bigger, faster, stronger, pulling away as if on an invisible bungee cord, upright, knees high, slapping his chest.

Daylight, between him and the others, on a dark night. Your eyes were pulled with him past the line, and you had to drag them back to the big digital clock with the bright yellow numbers.

9.69 didn’t make sense. We’d never seen a point-six. Your brain couldn’t quite process it. And when you looked up again, Bolt was away round the other side of the stadium, still going faster than you ever could, and it felt like the world had moved on forever with him.

From the big picture to the small detail. Copacabana beach, Rio, a summer’s morning in 2016. 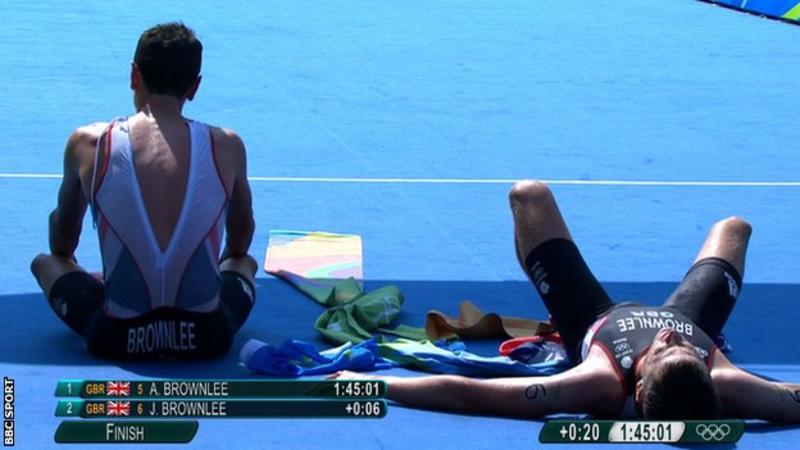 Alistair Brownlee is favourite for Olympic triathlon gold. He’s the reigning champion. He’s the one everyone knows.

You could assume it was always going to be. But then you’d have to forget all the injuries, the years that had stretched since his last world title, the way he’d had to redesign his training and change his whole approach to sport to even be there.

Brownlee never doubts himself. It can be difficult for those around him. Why do you always have to think you’re right?

Because I am. A middle-class son of doctors from a nice area, no obvious backstory about fighting to escape to a better life or to prove anyone wrong, yet a man who when he races turns into an assassin.

There was only Alistair and his brother Jonny left out front halfway through the 10km run that completed the race. Those who had seen how well Jonny had been training wondered if this was going to be his day, after his bronze behind Alistair’s gold four years before. Those of a sentimental nature wondered whether big brother would let younger brother have his turn in the sun.

It was when Jonny told him to relax, when the two of them were clear of the field, that Alistair attacked. Not a thought for anything but winning, for worrying about daft ideas like giving someone else the chance.

And there’s a strange intimacy about those few metres. All those millions watching TV, but it feels kind of empty, too, in that bubble. If you were there you could hear the scream of joy from Brownlee as he lifted up the tape, eyes shut, head up towards the blue skies.

You could hear the noise as he collapsed onto the blue carpet, hear the slap of Jonny’s hand reaching out to clasp his as he fell alongside him.

And in that moment all those years of swimming, and biking, and running, were laid bare. This is what it was for, the three sessions a day, the endless miles, the daily pain.

This is how ruthless champions have to be. This is what brothers do, when they are apart but yet together. 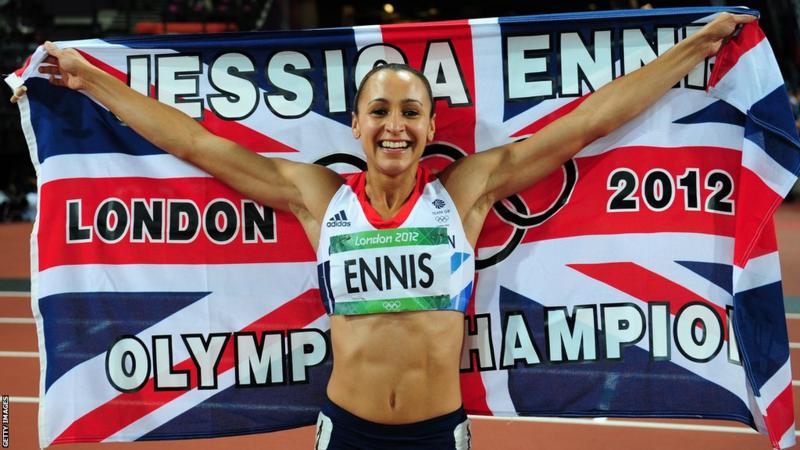 Normal, but extraordinary. That was Jessica Ennis-Hill, going into London 2012. All the expectation, plenty of doubts, a nation of nerves.

You go to watch the morning sessions of a heptathlon at a Worlds or Olympics and it’s usually echoes and empty seats. The coaches are there, family members, maybe a couple of thousand on cheap tickets. Officials with starter pistols and hurdles and clipboards.

It’s sport as function. And so when you strode across the Olympic park in a swell of people all going the same way, and you walked into the stadium to see every seat taken an hour before anything began, you couldn’t sit down.

This was different. This was new. And then Ennis-Hill came out, and the noise was so deafening it shook the water bottle in front of you. She walked to her blocks for her heat of the 100m hurdles, and the palms of your own hands were damp with sweat.

It was both beautiful and awful. A new thought hit you: this is going to be too much. Too much pressure, too much hope. No-one can cope with this.

Except she could. Like Bolt four years before, like Brownlee four years later, she took the energy and made it her own.

Ennis-Hill would seal gold the evening of the following day, kicking off the shoulder of her arch-rival Tatyana Chernova on the final bend of the 800m to take that stadium to new heights of noise and giddy madness.

But it was the hurdles when you knew. Not just a PB, not just the best in the field. A British record, not just for a heptathlete, but for any woman.

And in that moment, you knew something else. She was like us but she was different, in the best possible way.

She was doing something we never could. She was writing her own story but one for us too. And all we could do was be thankful we were lucky enough to see it all made real.

This feature is part of a series of content to mark 20 years of the BBC Sport website.