MIKE TYSON landed a brutal knockout punch as the boxing legend featured on All Elite Wrestling after officially joining the 'Inner Circle'.

Iron Mike has featured on WWE's rivals AEW in the past but has now linked up with Chris Jericho's stable. 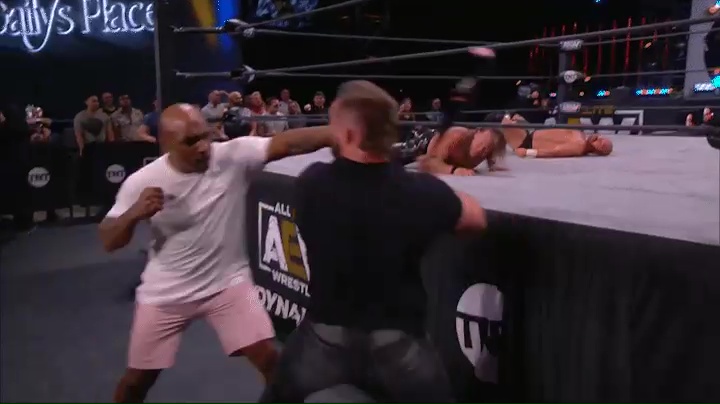 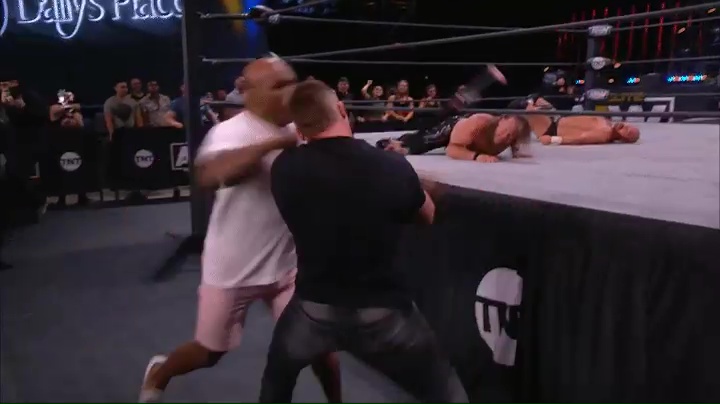 Jericho defeated The Pinnacle’s Dax Harwood in singles action, with Tyson acting as the 'Special Enforcer' for the match.

During the clash, the heavyweight icon planted one of his trademark right hands on Cash Wheeler, who was laid out.

The 54-year-old looks in sensational shape as he continues his comeback trail in the ring.

Tyson in November came out of retirement, 15 years after his last fight, to face fellow legend Roy Jones Jr, 52.

The pair boxed to a draw over eight exhibition rounds and both are already planning to fight again.

But still Tyson is set to make a run in AEW and could even one day end up facing Jericho, who he rivalled in WWE.

Jericho, 50, told Digital Spy: "It's not to say that Mike and I won't fight each other again in the future.

"We've been feuding with each other on-and-off since 2010, so it's been a decade as it stands.

GET £140 IN FREE BETS FOR JAKE PAUL vs BEN ASKREN

"But for right now this was the best way to tell the story and I think above and beyond we put together a really captivating two-part mini angle that started last week and ends this week for as far as we know, and also leaves an open-ended door for him to come back when the time is right.

"He loves AEW, he respects wrestling and we feel the same way, so I have no doubt in my mind that Mike will be back in AEW whenever he feels like he wants to come back."

Jericho is also hoping to team up with the two-time heavyweight champion in a tag match.

"Last week I told him, 'Nobody is better at being Mike Tyson than you are, so just be Mike'. He's going to go do whatever he feels.

"That's one of the reasons why we love having him – he's very unpredictable, and that's exactly what you expect and what you want when you work with him."