Roxanne is a unique girl’s name, but surprisingly, two popular hit songs came from it. The name was popular in 1954 but steadily declined after that. However, the hit-song by The Police — written by Sting — soared up the charts in 1979, and it is now one of The Rock and Roll Hall of Fame‘s 500 Songs that Shaped Rock and Roll.

Remakes of the 1978 song are widely known; however, no one knew that another song by the same name would also be a massive hit! After the 2019 song, “Roxanne,” by Arizona Zervas was an instant viral hit, listeners want to know why the name Roxanne is such a popular song title. Both hits took the world by storm in their respective eras. 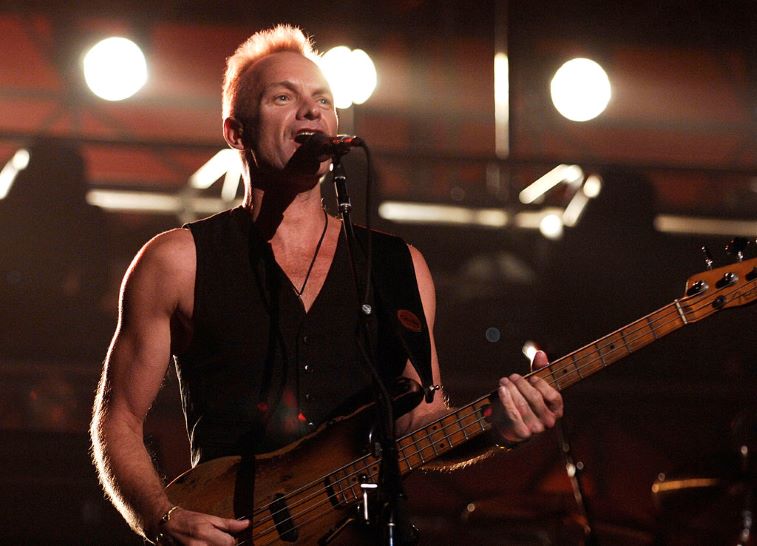 What is the 2019 song ‘Roxanne’ by Arizona Zervas about?

“It was a song about a girl I wanted but couldn’t have and didn’t need,” Zervas said, according to Song Facts.

24-year-old Zervas released the song on Oct. 10, 2019, and quickly went viral on the app TikTok. “Roxanne” broke records out of the gate, landing Zervas a deal with Columbia Records.

On Feb. 23, 2020, “Roxanne” surpassed 500 million streams on Spotify, according to Chart Data. The official music video also went viral on its release on Feb. 12, 2020, since very little was known about Zervas up to that point.

“[The video] was based off of Arizona’s concept,” Columbia Records vice president of video production Saul Levitz told Variety. “He was very specific of how “Roxanne” needed to be portrayed and a conceptual hook with her constantly being this source of bad luck and him being stuck in this perpetual ride with her.”

What is the story behind ‘Roxanne’ by The Police?

The 1978 song, “Roxanne,” by The Police, is about a man who falls in love with a prostitute. He tells her that she deserves better and should find a more reputable profession.

Sting got the title “Roxanne” from a poster of Cyrano’s unrequited desire in Rostand’s tale while he was sitting in a bar in Paris staring at the poster. He wrote the rest of the song from a scene in the alley behind the venue.

“It was the first time I’d seen prostitution on the streets, and those birds were actually beautiful,” Sting explained in 1981. “I had a tune going around in my head, and I imagined being in love with one of those girls.”

Why is the name ‘Roxanne’ such a catchy song title?

The two songs are about very different women — one is a partier who has all the money she needs, and the other is working to pay the bills. However, the singer is in love with “Roxanne” in both scenarios, whether he wants to be or not.

The success of the songs is less about the women and more about the way that the singers’ both emphasize the name, “Roxanne.” The name is a two-syllable word with the emphasis on the second syllable, similar to the song “Jenny” by Tommy Tutone.

Single-word titles are charting now more than ever, and they are charting higher, according to a study by Priceonomics. Songs with one-word titles have always existed, but they have gained great popularity in the last two decades. Why is this?

“Mostly because they are easier to remember, particularly if they are repeated over and over in the song,” the study continues. “The last thing the music industry wants is for you to love a song but be unable to remember its name when you go to stream or download the song.”

The unique name “Roxanne,” is the perfect example of a memorable song title. It’s easy to remember and very catchy — in turn it gets streamed again and again.