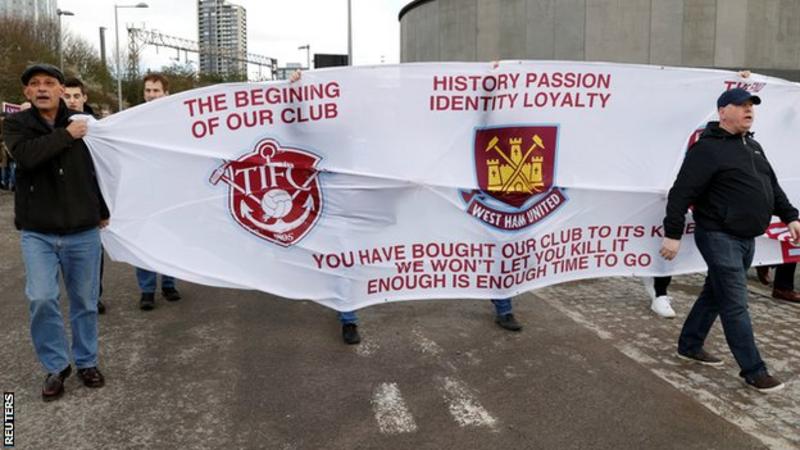 The roar at the final whistle signalled a moment of relief for West Ham and their supporters.

But it was more than just three vital points that were being celebrated after the 3-1 victory against Southampton at London Stadium.

There was a second, wider battle at play in east London on Saturday, and the fact the match passed without incident – no-one running on to the pitch to plant a corner flag and no abuse shouted at the directors’ box, as happened against Burnley in 2018 – meant there was nothing to detract from the demand for change delivered loud and clear before kick-off.

There was some debate over the number of people who walked, pre-match, from Plaistow to Pudding Mill Lane station to show their displeasure at the way the club is being run. Organisers Hammers United said up to 7,000 were there at the end. Club sources felt the figure was more like 2,500, others felt it was around 3,000.

Whatever the number, the protestors were loud, they were peaceful and they had a clear message: they want owners David Sullivan and David Gold, plus managing director Karren Brady, out.

The time for talking, they argue, is over. 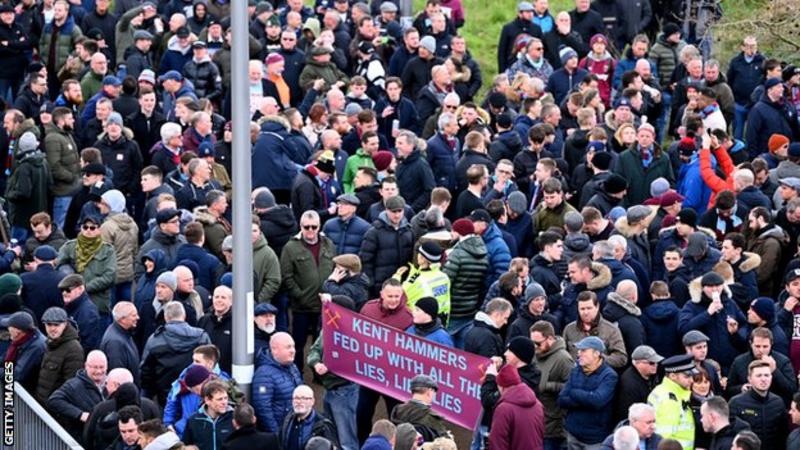 “Our stance right from the very beginning is that we wanted to meet the club. We had one meeting with the supporter liaison officer.

“The mixed messages we got after that meeting and the club’s refusal to meet us afterwards with a Football Supporters’ Association representative present and outside the Official Supporters’ Board has led us to believe Gold, Brady and Sullivan cannot be talked around and cannot be worked with.”

The evident problem is that Sullivan and Gold, present for the game against Southampton along with Brady, have no intention of going anywhere.

And trust, it seems, is in short supply on both sides of the argument.

The owners not only feel they are being given little credit for record investment on the playing side, they also feel sore at their treatment given the club was massively in debt when they took control 10 years ago.

The financial situation is now stable, even if, in their recent financial results, they said staying in the Premier League was “an absolute necessity”. 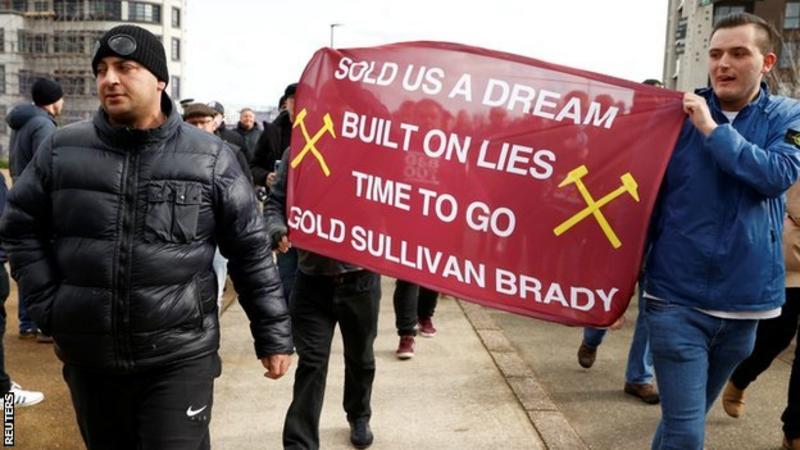 West Ham estimate £28m will have been invested in their local community by 2021 via its ambitious Players’ Project, which was Brady’s idea.

They also cannot understand why, after demanding a meeting, Hammers United should reject their offer of one, given it also comes with the added incentive of elections to a new supporters’ forum.

However, while the club view the current Official Supporters’ Board (OSB) as a group featuring all sections of their support, Hammers United see it as being made up of representatives hand-picked by the club who do not articulate their demands strongly enough.

There is no indication the impasse can be broken.

In addition, while Hammers United know what they do not like about the ownership – who, they argue, have gone back on investment and dialogue promises made in the build-up to the move out of Upton Park in 2016 – they have not put forward an alternative.

They simply believe that if Sullivan and Gold were to indicate a willingness to sell, someone would come forward.

For now, their battle will continue through songs, walks such as the one on Saturday, and events like the black balloon protest from their away game at Liverpool. 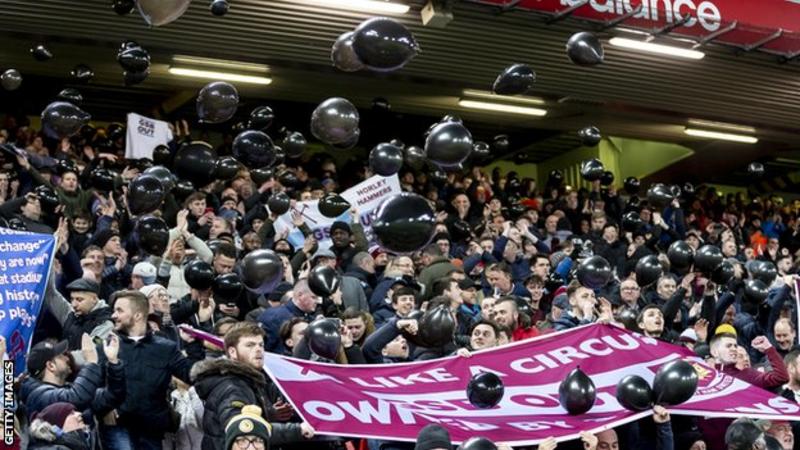 Hammers United are desperate to avoid anything that disrupts manager David Moyes and his players given the club have asked for the arguments to be set aside until May as the quest for survival continues.

The fans, however, believe both battles can be fought simultaneously.

This puts Moyes in a tricky position. Evidently, he cannot criticise his bosses. But neither can he say anything that risks antagonising the supporters, whose backing he needs.

“The crowd were great,” he said after the Southampton game.

“They were right behind the team. Ever since I have been here, they have been great. Everybody knows what West Ham supporters are really like. We needed them today and we’ll need them in the coming weeks as well.”