Skip to content
HomeLifestyleWhen My Rapist Was Found Guilty, I Thought Id Feel Free. Instead, Im Trapped in My Trauma

As part of our June/July Freedom issue, BAZAAR partnered with PEN America to commission a five-part essay series on the theme written by women who were formerly or are currently incarcerated. Titled Essays on Freedom, the collection was curated with the help of Caits Meissner, PEN America’s director of Prison and Justice Writing.

“In an era of prison abolition, Sarah Wang sharpens the lens on the system’s profound failure to protect and support those it claims to exist for: victims,” Meissner says. “Sarah weaves a confronting meditation on the exhausting burden of proof abuse survivors are tasked with, and the false promise of a criminal conviction to vindicate and heal.”

Sarah Wang is a 2021–22 PEN America Writing for Justice Fellow.

Content warning: this series deals with topics including suicide and sexual assault.

The email arrived exactly one year ago. “I was wondering if you would want to talk to me regarding something awful that happened to me last weekend, I am sure you know what I’m talking about.”

I know this woman, whom I’ll refer to as Rya here, through friends, but our interactions had been relegated to brief encounters at art openings and parties. Though I hadn’t heard about the specific incident she was referring to, she was right—I knew what it was about. It had not been the first time I’d been contacted by a woman for help after she’d been assaulted, raped, or abused by a man.

The beginning of the pandemic marked for me the beginning of my own freedom, of sorts, or at least this is what I believed at the time. The man who had assaulted me and caused me to miscarry had pleaded guilty after protracted prosecution in Manhattan’s criminal court. His conviction was both a relief and a mockery of justice. For five counts of strangulation, assault in the third degree, harassment, and attempted assault, he attended 26 weeks of batterer’s intervention classes and weekly therapy sessions. As most victims of domestic abuse and other gendered crimes of assault know, a conviction in any form is considered a success. The scales are always tipped in favor of the male perpetrators. It helps, certainly, if they are white and hire an expensive defense attorney—both were true in this instance.

Since she reached out, I have frequently spoken to Rya about enduring life as a complaining witness, a life I lived for an excruciating year. A year rife with my abuser’s slandering, public letters of protest to the nonprofit art institution in New York showing his work in an exhibition that grappled, coincidentally, with “the limits of what a body can consume, process, reach and become,” followed by news articles documenting the outcry and later, his conviction. A year of my abuser’s friends calling the district attorney’s office proclaiming his innocence and accusing me of lying. The prosecutor assigned to the case patiently listened to these allegations, an overflowing binder of evidence on her desk belying their drivel.

Rya had been drugged, beaten, and raped by two men, one of whom was a friend. In April, on the anniversary of her assault, she decided to go public on social media, posting photos of her black eye and bruised body. She was tired of being silent, of being smeared by her abuser, of being asked to leave a restaurant in the East Village because he wanted to join a table of his friends but was prevented from doing so by an order of protection.

Between Rya’s updates, told to me over long phone conversations—how her testimony in front of a grand jury went, what charges the prosecutors didn’t have enough evidence to proceed with—violence against Asians and Asian-Americans steadily increases, the accumulating tension feeling as if it were presaging some inevitable terror, which it was. In mid-March, a mass shooting targeted Asian women working in massage parlors. Eight died. Six were Asian women.

Despite CDC guidelines telling us it’s safe to go maskless in most situations, my reasons for wearing a mask are different now. I don’t want to be attacked for being Asian.

My friends and I stay up late forwarding each other news stories about all the anti-Asian attacks that sprout like daily weeds in the news feeds. Sixty-eight percent of the victims are women. When I leave my apartment, which is rarely, I wear a hat and stare down at the sidewalk so people won’t see my face. Despite CDC guidelines telling us it’s safe to go maskless in most situations, my reasons for wearing a mask are different now. I don’t want to be attacked for being Asian.

In the elevator, a man says to me, “Hi, I like your culture. Always wanted to date one of them.” I read articles about how the hypersexualization and fetishization of Asian women are rooted in a history of misogyny that excuses and tolerates violence against us, the resultant objectification functioning as an easy explainer for why the Atlanta shooter felt entitled to kill Asian women. My abuser had consecutively dated three Asian women before me. 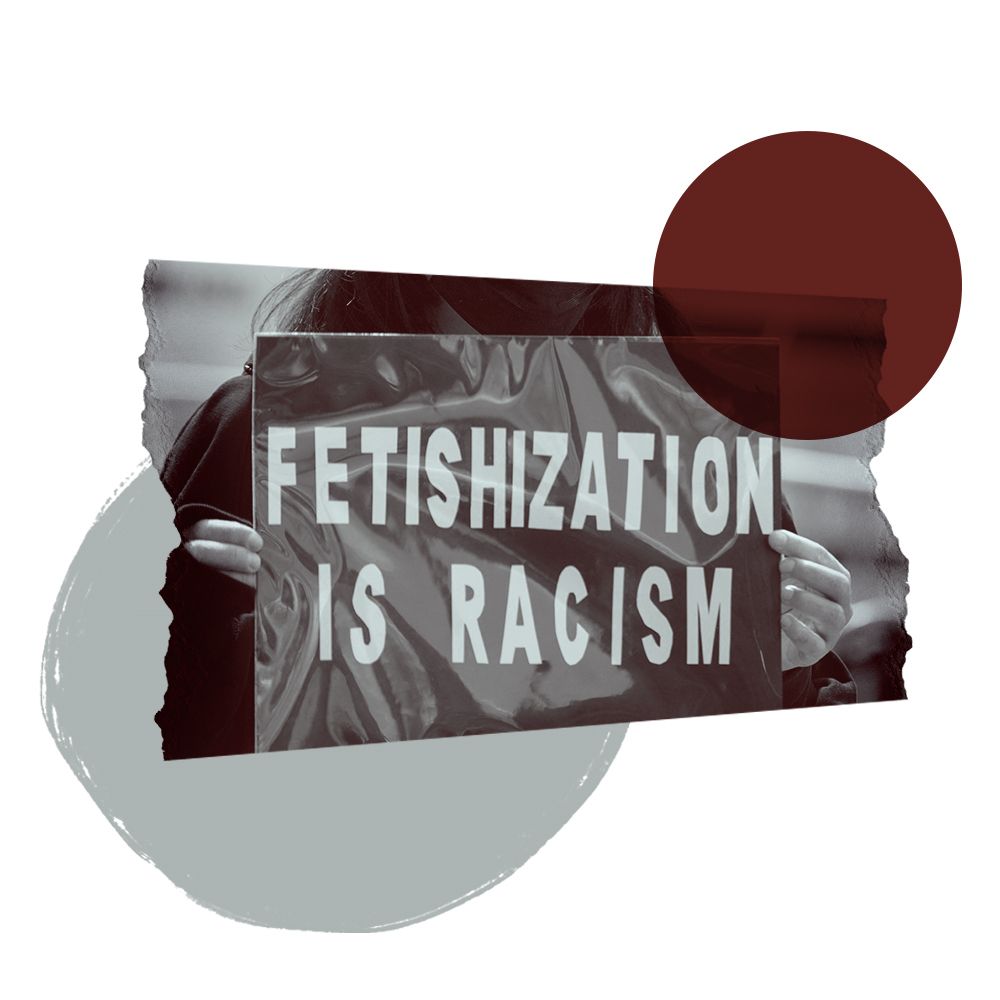 Recently, two of the women who had called the prosecutor, staunch supporters of the man who assaulted me, posted condolences on Rya’s social media account. “That is so fucked up!” one wrote. “All my love to you,” another one posted. The first of these women also made public statements in the wake of the Atlanta mass shootings declaring all the abuse and violence she has suffered as an Asian-American woman. The hypocrisy of women who shield abusers and perpetuate further violence against female victims while decrying violence against women is a genre in itself. Why women perform wokeness online may in part be attributed to how easy it is to type a pithy condolence out on a phone when there are already a thousand likes and comments condemning a rapist, and how doubling down on allegiance to whiteness, maleness, and power can be easier than admitting you were wrong in believing and standing by an abuser to begin with. Or, maybe, it is a matter of race. Rya is white. Her abuser is African-American. I am Chinese-American. My abuser is white.

Rya told me over the phone, “Now there are going to be Nan Goldin photos of me with a black eye all over the Internet.” But she knew that without the evidence, some would not believe her. Or, as one friend told her, “Why can’t you forget about it and just think of it as a night of rough sex?” As if it were her fault for not framing her assault correctly.

The erasure of a woman’s own experience is part of the enduring abuse of gendered violence.

My own evidence included emails and text messages admitting the physical attacks; letters of apologies sent by the abuser to my friends; a voice recording wherein he says that he strangled me twice, punched me four times, and slammed my head against a brick wall; transcripts from the hard drive of his laptop, extracted through a search warrant; emergency room documents; records of physical therapy at the NYU Concussion Center; depositions from people who had arrived at my apartment one night after the brutal attack and whom I had called after being choked to the moment just before losing consciousness. For all this evidence, justice arrived in the aforementioned form of batterer’s classes and therapy, after which my abuser re-pleaded to only the lesser charge of harassment. The other assaults were wiped from his record. The erasure of a woman’s own experience is part of the enduring abuse of gendered violence.

Women have historically been tasked with providing evidence to prove that they have been abused and assaulted. Media outlets continue to diminish the rise in anti-Asian attacks since last year, even as the White House issued a statement acknowledging “horrific violence and xenophobia perpetrated against Asian American communities, especially Asian American women and girls.”

Racism against Asian women has long been perpetuated by the media and U.S. immigration laws, such as the 1875 Page Act, which prevented Chinese women from entering the country and “branded female Chinese as prostitutes, whose arrival in America would corrupt the morals of the nation’s youth.”

Up to 55 percent of Asian women in the United States have experienced intimate physical and/or sexual violence in their lifetimes. In a 2017 report from the Polaris Project, the second-largest contingent of human trafficking victims in the United States is Asian. Stop AAPI Hate indicates that hate incidents aimed at women occur at a rate of 2.3 times more than men.

If violence could happen to me in my own home perpetrated by the person who claimed to love me, then it could happen anywhere.

The conviction on January 22, 2020, circulated in the press, printed alongside a photo of the ruddy, smirking face of the man who assaulted me. First, I felt the liberation of unburdening. I was no longer beholden to the precarity of prosecution in domestic violence criminal court where my fate was tied to his. If he was not convicted, I would be the liar he claimed I was. “I’m finally free,” I thought. “It’s over. I can get on with my life.” These naïve assurances I’d granted myself were swiftly upended by the reality of the physical and psychological damages that could never be undone by a guilty plea. Vision therapy, vestibular therapy, neck therapy, concussion doctors, EMDR and somatic therapy, psychoanalysis, insomnia, anxiety, depression, the fear of violence that could arrive at any time … in place of the freedom I’d anticipated remained only trauma’s subjugation. The residue that lingered was the knowledge that if violence could happen to me in my own home perpetrated by the person who claimed to love me, then it could happen anywhere.

The weather grows warmer as summer approaches. The newly vaccinated are going to parties and planning to attend outdoor concerts as a return to freedom looms on the horizon with virus cases and hospitalizations dropping. Meanwhile, violence against Asian-Americans is “accelerated and sustained,” according to a report from the Center for the Study of Hate and Extremism at California State University, San Bernardino, despite recent legislation passed by the Senate to fight hate crimes against us. The epicenter of the attacks is the city I call home. All winter, I’d been looking forward to biking along the Hudson, walking through Central Park on humid evenings slapping mosquitos from my calves, entering the living world again. Instead, I’ve retreated further into solitude and isolation.

Now, I don’t take public transportation. I walk with my finger on the unlocked trigger of a quick release key ring canister of pepper spray that my super gave me when he heard me on the phone talking about the attacks. I cross the street when I see a man whose attention is directed at me. Instead of stringing my hammock between trees at the park and spending the afternoon reading outside, I perch by the window, trying to get some sun from indoors. I refresh the Twitter feeds of local journalists to read about the assaults du jour in New York and the Bay Area, where the violence is concentrated on the west coast. And every night, I go to bed hoping I won’t see the sun rise.

I hope Rya will attain the freedom that has so far eluded me. The freedom that I stare out the window from my desk wishing for. Freedom from violence, from fear.