Katie Thurston’s Bachelorette season is cruising right along as she narrows her pool of 30 suitors down to her one Prince Charming. Between all of the fan favorite contestants taking Twitter by storm (looking at you, Greg Grippo!) and the intense drama that’s already shaking things up this season (ahem, Karl and Thomas), you’re probably wondering if Katie will ever find someone to ride off into the New Mexico sunset with. I know I am!

Lucky for you, all the clues you need have been hiding in plain sight on Instagram. You simply had to know where to look to put the puzzle pieces together. (I gotchu!) I like to think the Women’s Health team of Bachelor fans are sleuthing experts, like when Venmo revealed who won Peter Weber’s season.

Katie has been trolling her fans and herself on social media, so you have to filter her feed carefully. All she could tell Women’s Health about the finale is that “everything happens for a reason, and I’ve embraced that, and I’m very happy.”

Now, that “reason” is taking to Instagram and leaving clue after clue right in his public profile. A quick skim through old posts, captions, and Highlights reveals some very interesting trends. Curious? Read on for what one contestant’s Instagram feed reveals about who wins The Bachelorette.

SPOILER ALERT: STOP READING HERE IF YOU DON’T WANT TO KNOW WHO WINS KATIE THURSTON’S SEASON OF THE BACHELORETTE.

That gentleman hasn’t even joined the show officially yet. Everyone who reads spoilers knows he’s appearing on The Bachelorette, though. That’s right: It’s Blake Moynes.

Take a gander at Blake’s Instagram. Here’s where it gets good. Blake posts a lot of animal pictures. But, up until a few months ago, the only pictures he posted of his own pets were pictures of his dogs. Since March (when The Bachelorette filmed), Blake’s stepped up his cat picture game a lot. See exhibit A:

“It’s OK to be a cat guy,” Blake’s caption reads. “Tell me why it’s not.” In the post, he shares a picture of him and his cat, Bear, along with a video of him explaining why it’s okay to be a guy who loves cats. Sounds like someone’s trying really hard to let the world know he’s a cat person!

ICYMI Katie loves her cat, Tommy. She posts about him all the time on her Instagram and her TikTok (it’s honestly super cute). The contestants were well aware of her feline fervor. (Hi cat man Connor Brennan!)

Fans in the comments had the same thoughts. “Omg!! Katie is a cat mom too hmmm 🤭🔥,” one user wrote. “Makes sense that Katie picked you now!” someone else commented.

And, he has an Instagram highlight dedicated to felines.

It’s nicknamed #catdaddy. Blake has a bunch of Highlights at the top of his profile, his passion for environmentalism, traveling, and hanging out with animals. The “#catdaddy” highlight includes almost 40 photos and clips of Blake hanging out with his cats. He shares all about his love for cats, telling his followers why they should, too. “Out of all the four cats I’ve had, I’ve never regretted getting one,” he says in one video. 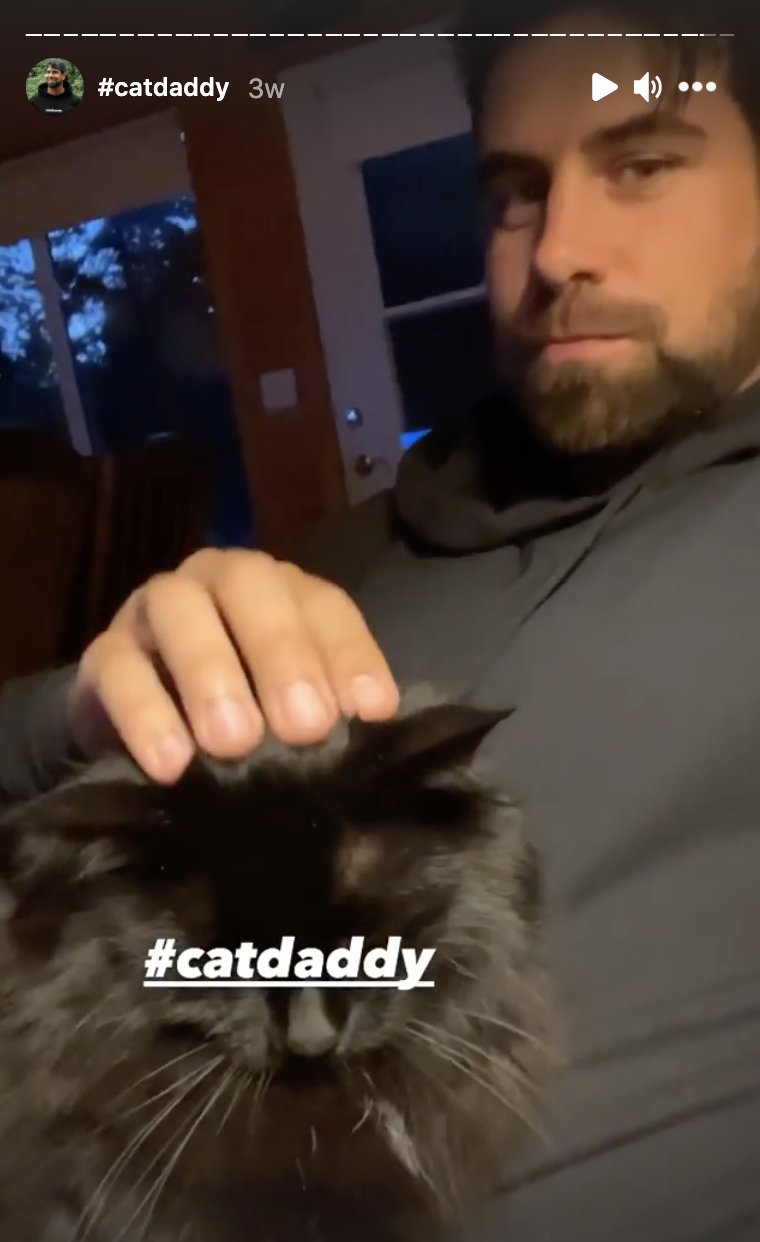 Blake’s been amping up the cat posts for weeks now, and it doesn’t look like he’s slowing down anytime soon. There are shots of him getting cozy with Bear: 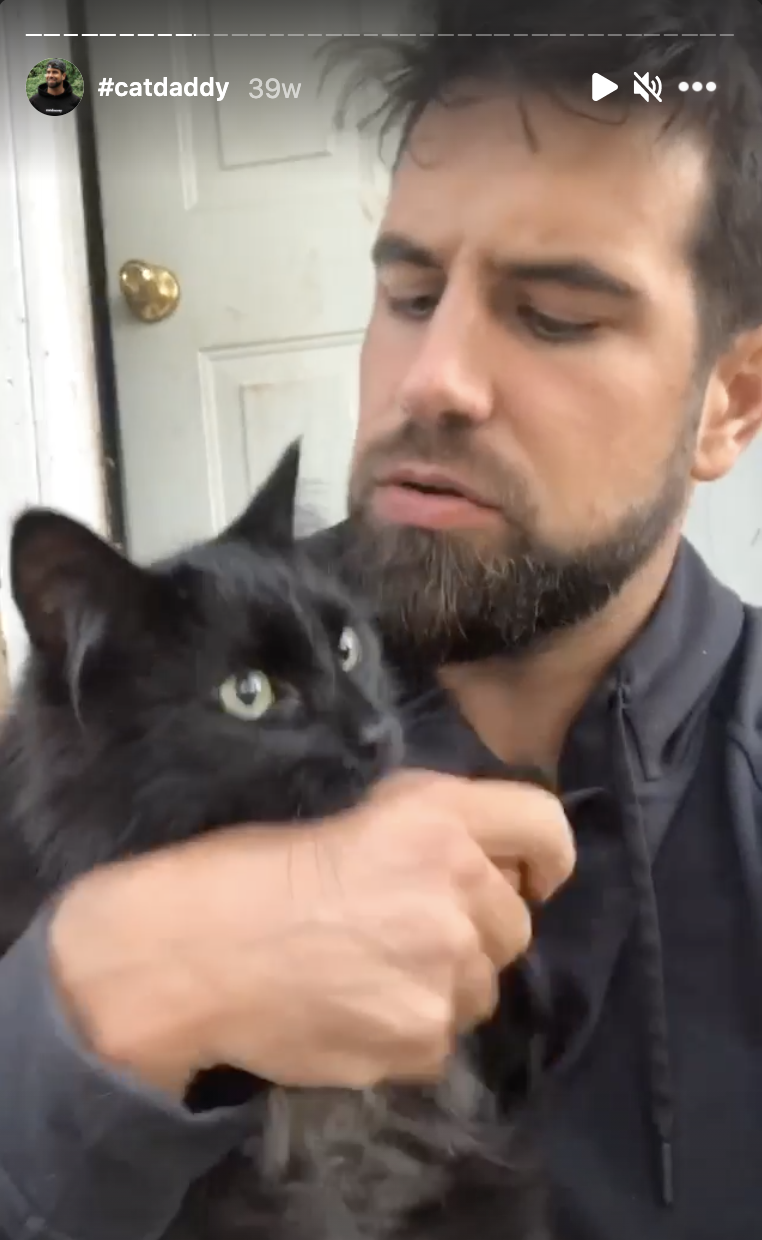 Plus clips of him absolutely fawning over Bear (P.S., his nickname is “Bear Bear!”) 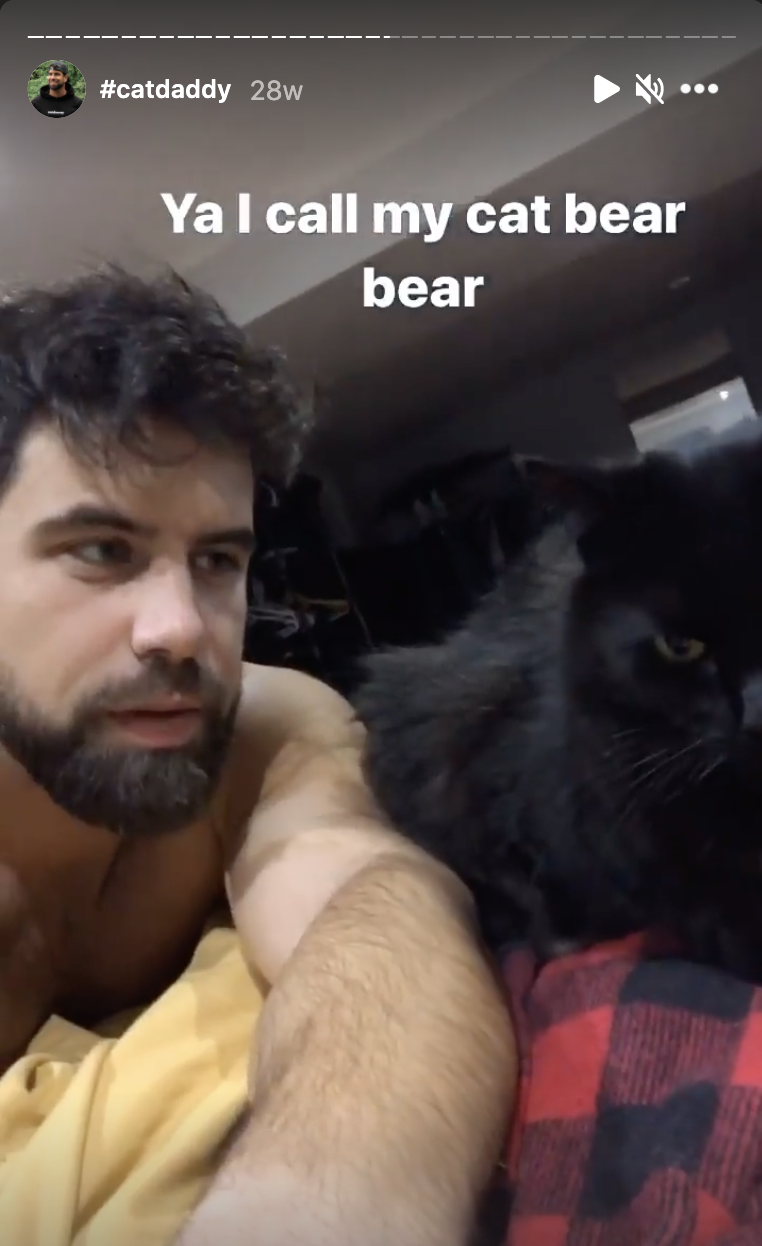 Apparently, Blake and Bear love a good snuggle session on the couch: 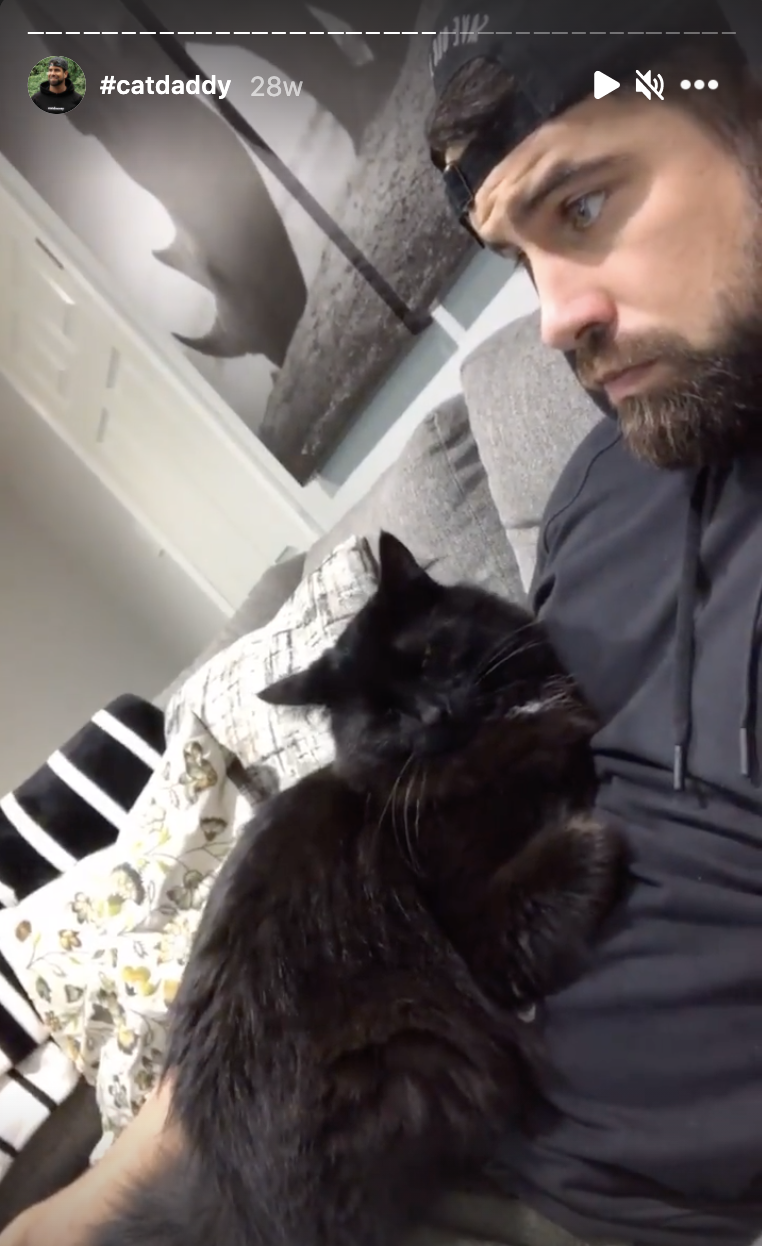 And Bear’s favorite spot to curl up is right on Blake’s chest. 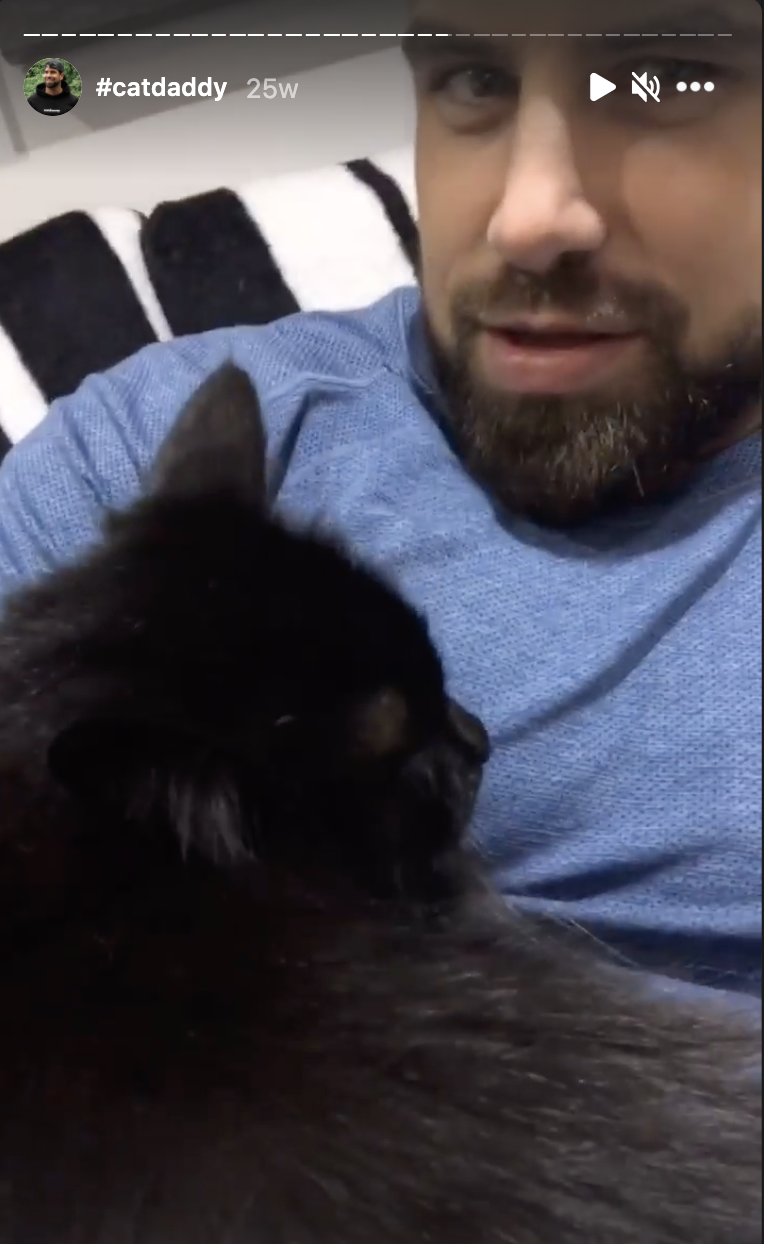 FWIW, Blake started this highlight 100 weeks ago, so way before he or Katie joined The Bachelor franchise. It is possible he simply loves his cat and wants to share it with the world.

All the cat Instagram hints match up with spoilers, too.

And finally, Reality Steve recently confirmed on his Instagram that Katie does end up with Blake and that the two are currently engaged.

“I just know that Katie got engaged to Blake at the end of filming and they’re still together.”

Based on Instagram and spoilers, Blake’s the lucky winner of Katie’s season and her heart. Here’s hoping their cats get along as well as they do!