Skip to content
HomeLifestyleYork Races: Tips, racecards, odds and betting preview for Day 1 of the Ebor Festival live on ITV on Wednesday

THE EBOR Festival kicks off in style on Wednesday, with arguably the best race of the week.

Added into the mix a St Leger trial, hot handicaps and the Acomb Stakes and what more could you ask for? Well, a crowd. 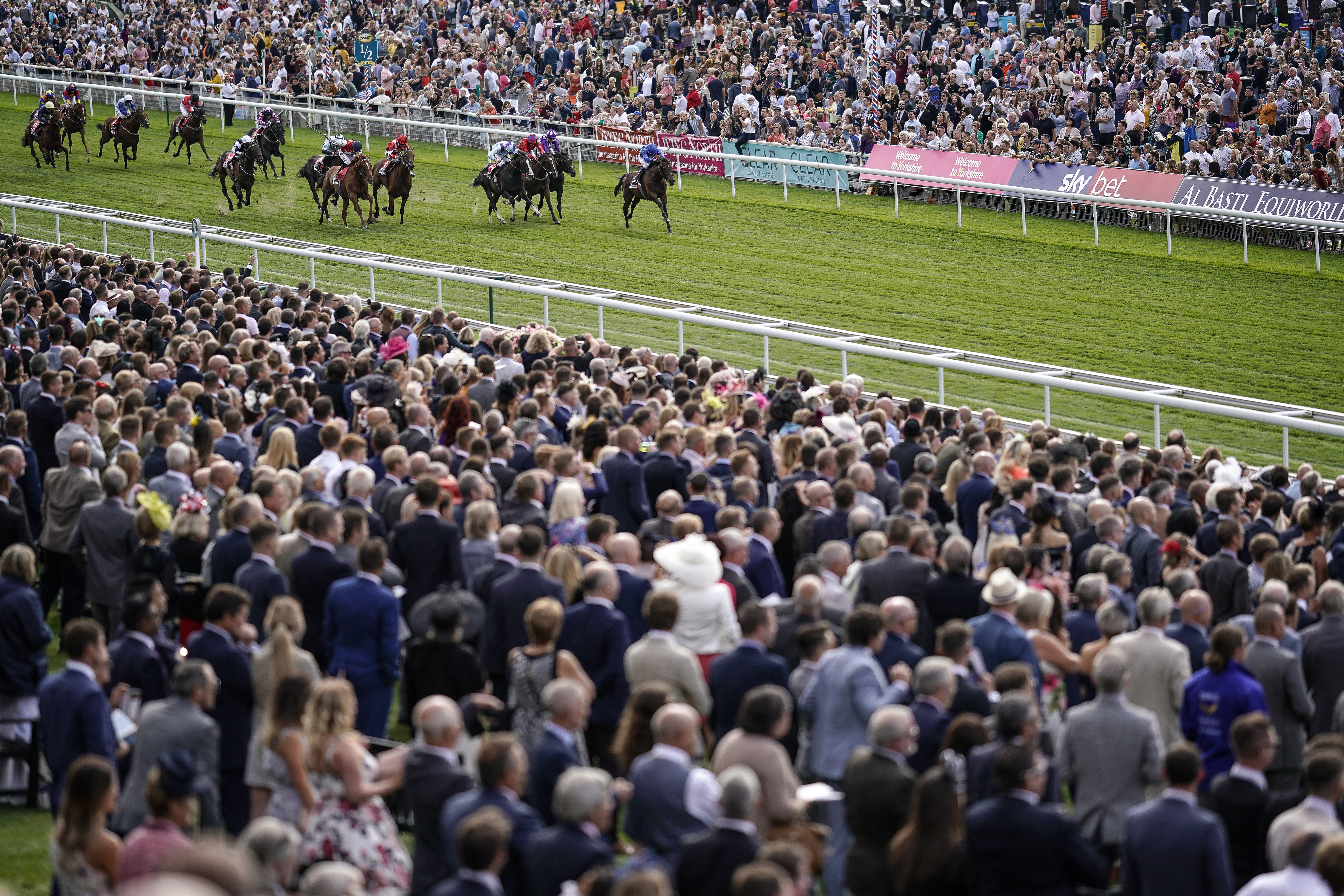 OFFER OF THE DAY

T&Cs: New customers only. Place your FIRST bet on any sportsbook market and if it loses we will refund your stake in CASH. Max refund for this offer is £20. Only deposits made using Cards or Apple Pay will qualify for this promotion. T&Cs apply. Paddy's Rewards Club: Get a £10 free bet when you place 5x bets of £10+.

A proper cavalry charge to get the meeting underway. A full field of 22 are set for the five (and a bit) furlongs.

You need your luck in this for obvious reasons – whether that's with the draw or a gap opening up when you need it.

Perhaps unwisely I'm firing two darts at this, both of them drawn high. But both are too well-treated to leave alone at decent odds.

Firstly A MOMENTOFMADNESS is worth taking a flyer on for the Charlie Hills team.

He showed he still has his spark with a good third at Goodwood recently, and he's generously been dropped another 2lbs for that.

He'll go hard from the front and if he's on a going day may be hard to peg back. York is a good track for free-running front-runners.

He ran a blinder at this meeting last year off a mark 4lbs higher, when only dropping out of contention late on and backed that up with a narrow second to Oxted in the Portland.

He looks well-treated here and if the wide draw doesn't catch him out, he should be bang there a furlong from home. Whether he can cling on will depend on the pace of the race and how much Will Buick can keep under the bonnet.

The other dart is David O'Meara's WATCHABLE. He's actually 4lbs out of the handicap but was pulled out of the St Wilfrid late in the day and looks a big player here.

He's shot back into form and his narrow defeat to Staxton looks even better now after that horse won Ripon's big handicap over the weekend.

Sean Kirrane is on taking off a valuable 5lbs and at big odds I'm again happy to chance the wide draw in 20. He'll likely be up with the pace too and there's plenty of it drawn high.

Jawwaal has an obvious chance but is far too short in a race like this. Aplomb has failed to build on his eye-catching runs and is becoming a bit of a nearly horse in races like this. Take them on.

Very little form to go on here and its a race for small stakes, but also one to keep a close eye on the betting in. The majority of the fancied runners have had only the one outing.

Cloudbridge won a six runner Leicester novice on his debut. The third has won since and he's probably the deserving favourite.

Charlie Appleby has heaps of smart juveniles at home so they'll know where this one stands. If the market speaks strongly that's a big tick in his box, but he's short enough as it is for me.

Trainer Kevin Ryan likes a winner at this meeting and his DARVEL is likely to prove one of his best two-year-olds.

He was a proper boyo on his debut at Haydock when well-fancied but improved on that no end at Ayr. There's more to come from him and he'd be my tentative fancy.

Clive Cox's Royal Scimitar was a debut winner at Newbury and again he'll know where he stands given the talented youngsters they have at home.

The form of his win is mixed so he's best watched for now but again keep a close watch of the betting.

Gear Up and Praise Of Shadows are both one from one, but it may be Titan Rock of those at bigger odds that goes best.

A recognised St Leger trial, this year's renewal looks a good'n with a number of serious Doncaster contenders.

Mogul came good at Glorious Goodwood last time out and is clearly improving with every run. He was on top in the Gordon Stakes, but it was a messy race and I'm inclined to look past him at short odds.

Darain has been a talking horse ever since his 3.5 million price tag. John Gosden has not rushed him and he's impressed without blowing you away on his two starts so far.

He goes into the deep end now and it'll be fascinating to see how he gets on. His rating of 96 demonstrates that he's beat little so far though and he's far from a betting proposition.

It's PYLEDRIVER I want to back at this. The early prices (10-1 and bigger at the time of writing) seriously underestimate his chances.

Eight runners opens up each-way possibilities and I am more than willing to forgive him his Derby run where he had no chance from an early stage.

A bit of rain around is far from bad news to his chances and he's the joint top-rated in this. Only Juan Elcano matches his 110.

He beat Mogul fair and square at Ascot and a 3lbs penatly shouldn't affect a horse of this class too much.

I'll keep this short and sweet as I've previewed the feature elsewhere in much more depth.

He'll be pestered for the lead by Rose Of Kildare but I cannot see her keeping tabs with Charlie Appleby's horse for long.

Magical is the clear danger – especially if heaps of rain does fall – but she has shortened enough after declarations anyway.

The less exposed younger stayers are popular towards the head of the betting and it's easy to see why.

A mark of 90 could prove lenient enough on only his second start for Ralph Beckett.

Monsieur Lambrays has a similar profile for trainer Tom Clover. He produced a career best upped to this trip last time and an 8lbs rise might not stop him kicking on again.

The handicapper took a big swipe at Solo Saxophone after his hat-trick. He failed in his bid for a fourth up 10lbs and he's best watched now for me.

Just Hubert is probably a tad over-priced at double figures. He won well at Goodwood but any significant rain would probably be against him.

I fancied EDDYSTONE ROCK last time at Ascot, and why it sounds ridiculous, he ran better than his stone last suggests.

He won this last year off a pound higher and James Doyle is back on board. I can chance him again towards the bottom of the betting.