YouTuber Desi Perkins announced the birth of her first child on Oct. 20 by posting a picture of the newborn’s hand on Instagram. “My whole world,” she wrote. 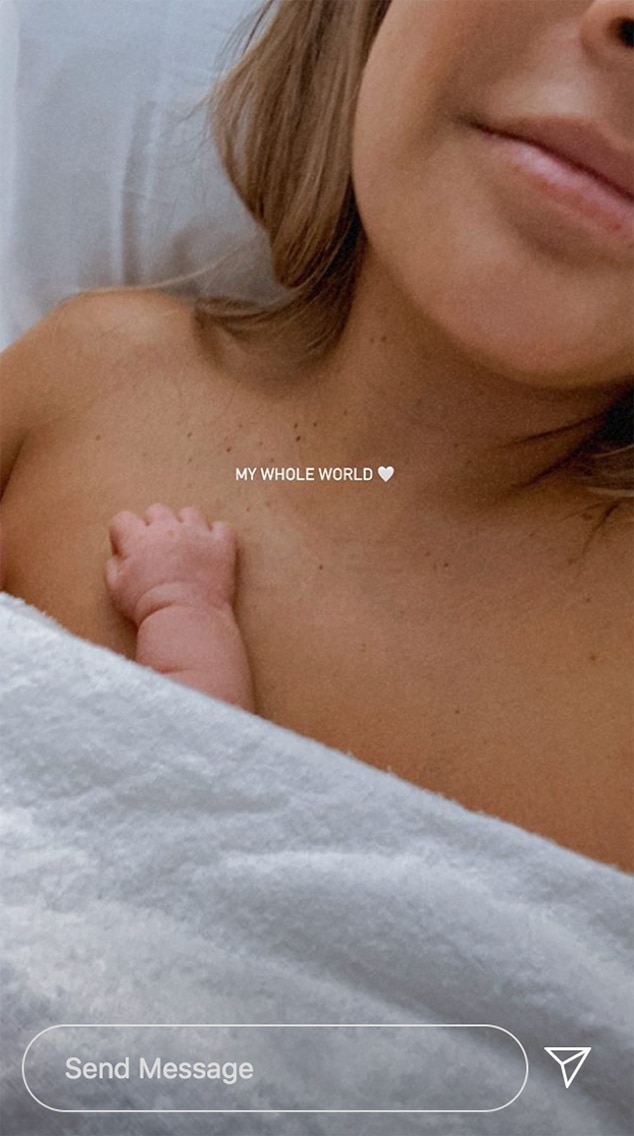 Desi Perkins is officially a mom!

The 33-year-old YouTube star has given birth to her first child, a baby boy, with husband Steven Perkins. The social media celeb announced the happy news on Tuesday, Oct. 20 by posting a picture of the newborn's hand. "My whole world," she captioned the sweet snapshot.

Fans had a feeling the little one was on the way after Desi posted a video from the hospital. "I was in pre-labor contractions for the last two and a half days, just crazy," she said. "And now, today's finally the day. I'm, like, crying because I'm so excited."

Desi first announced her pregnancy in May after undergoing in vitro fertilization. "PERKINS PRODUCE!" she wrote on Instagram at the time while giving fans their first look at her baby bump. "Our best harvest yet. Coming October 2020."

The influencer has shared her fertility journey with her fans over the years. "Our journey has been beyond difficult, but it's also been a blessing—a blessing because we knew that sharing our journey could give anyone here that's struggling with infertility a moment to feel that they're not alone in this," Desi wrote on her channel back in May. "We wanted to provide support and knowledge to whoever needed it."

In 2018, Desi posted a video titled the "Hardest Video I Ever Filmed" in which she shared her experience and looked back at when she suffered a miscarriage years ago.

"If you guys are new to my channel, then you might not know that I talked about having a miscarriage years ago," she said at the time. "It's been, I think, four years now since Steven and I had a miscarriage, and it was awful."

Desi recalled how doctors found a mass tumor that had to be removed through surgery. She also spoke about how she then had to undergo months of tests and how she battled with depression after the miscarriage.

"I know that miscarriages are a very common thing and not a lot of people talk about it," she shared. "I talked about it on my channel, it was probably the best thing I ever felt like I did for anybody. Because not only did it make me feel less alone, but it made other people feel less alone. And I've been struggling with pregnancy since then, and it's been four years."

In a September interview with E! News, Desi talked about the support she received from her followers.

"I can't thank everyone else enough for the amount of support they've given me through this because, honestly in reality, I needed everyone as much as they maybe needed to hear somebody else going through it," she said. "It's just crazy how many women are going through this every day and they don't talk about it. We all are just feeling alone in silence…It just feels a little bit more comforting to not feel alone and have somewhere to go to talk about these kinds of things, so it was the best thing I did sharing that. It really got me through all of it."