MOIRA Barton is left in mourning after dodgy detective Malone slaughters her bull in the wake of a furious showdown with Cain Dingle. 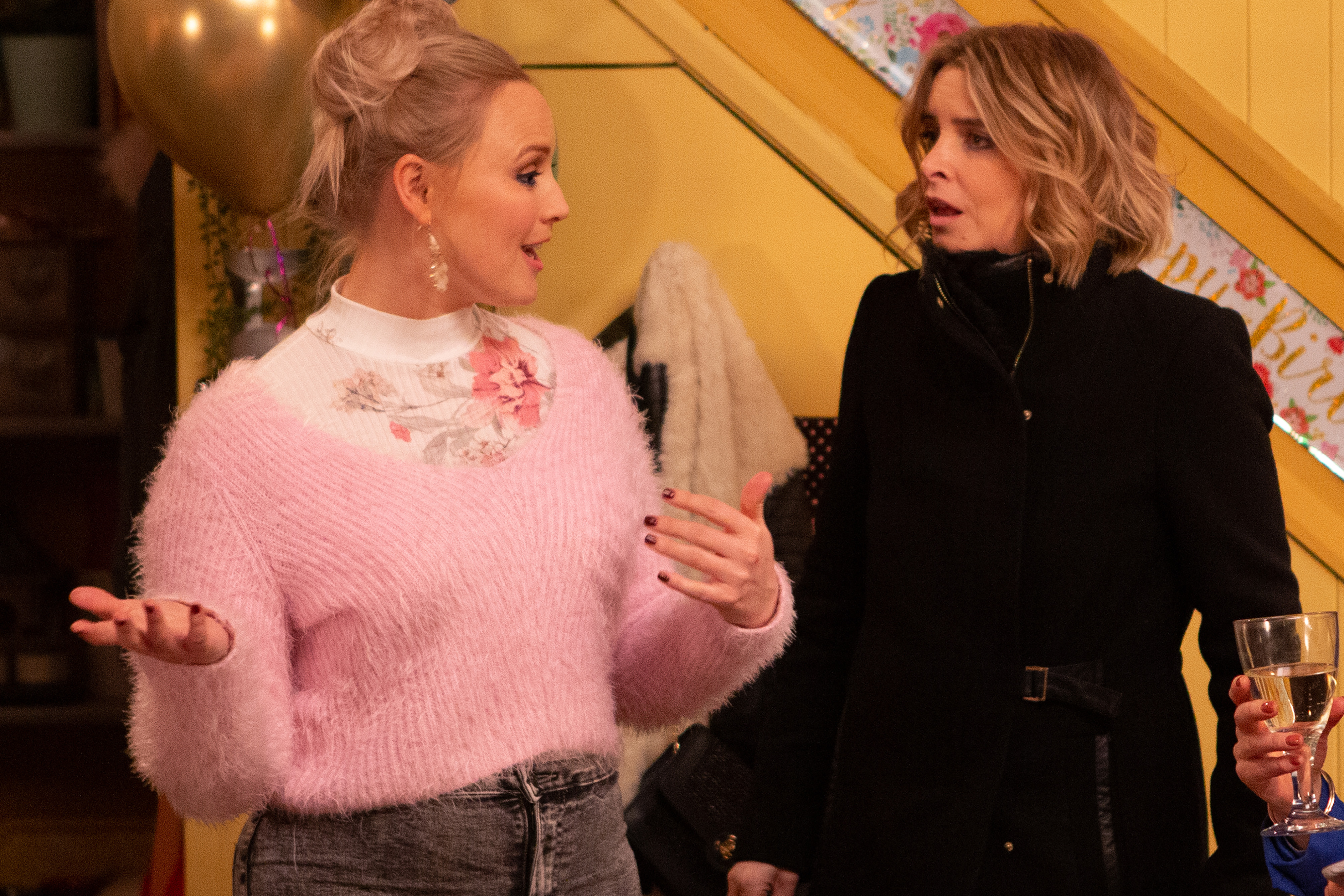 Charity puts her foot in it when she blurts out that Vanessa has bowel cancer next week in Emmerdale.

Charity agrees to keep Vanessa’s secret but can’t help breaking her promise when she walks in on Tracy’s surprise party for Vanessa.

Charity blurts out the sad news and urges Tracy to get everyone out before it's too late.

2. Vanessa arrives at the party 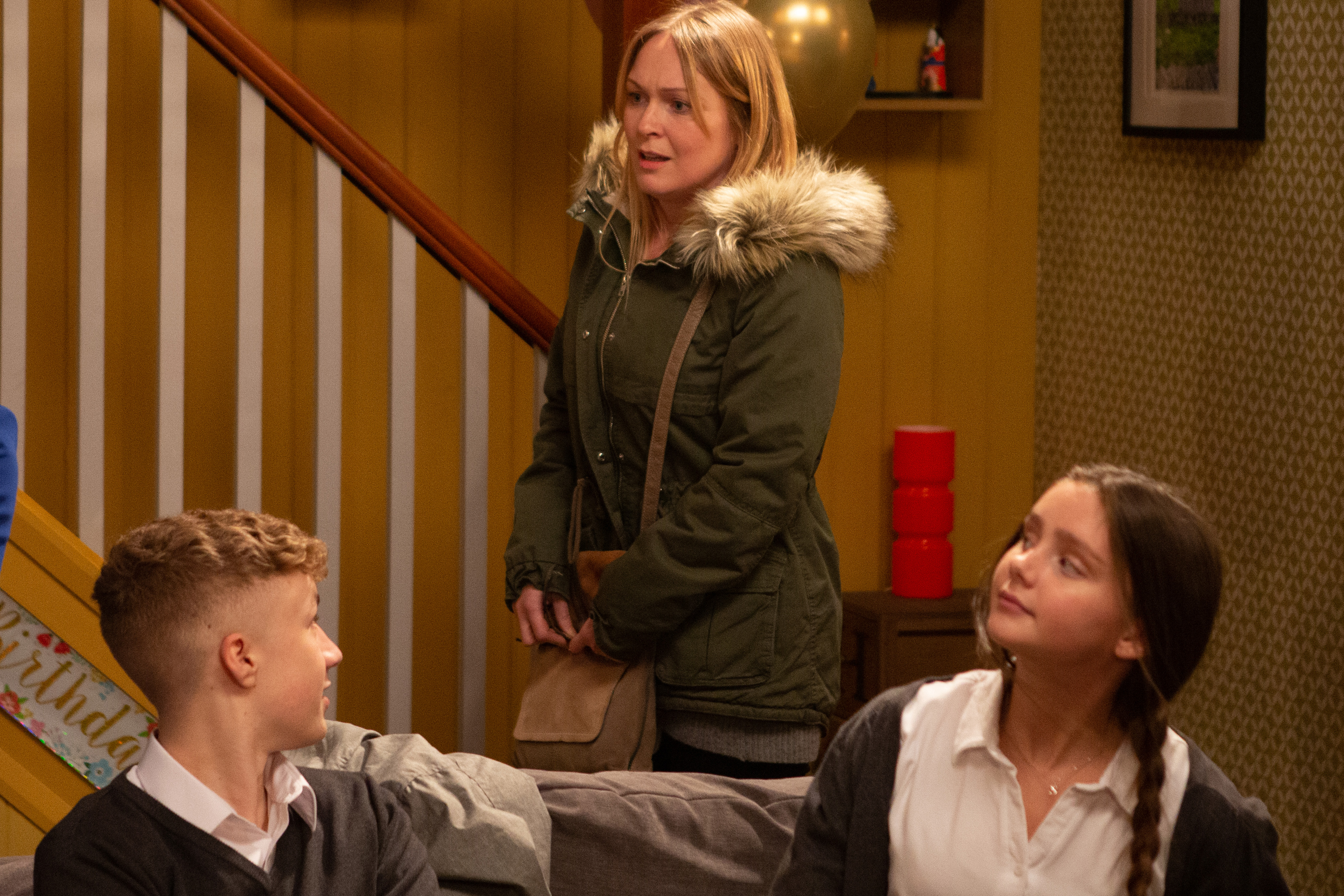 As Tracy rushes around trying to get everyone to leave, Vanessa arrives and everyone yells ‘surprise’ as she walks through the door.

Vanessa puts on a brace face but she crumples when she realises Charity has told Tracy her secret.

A furious Vanessa storms off as Tracy rushes after her. 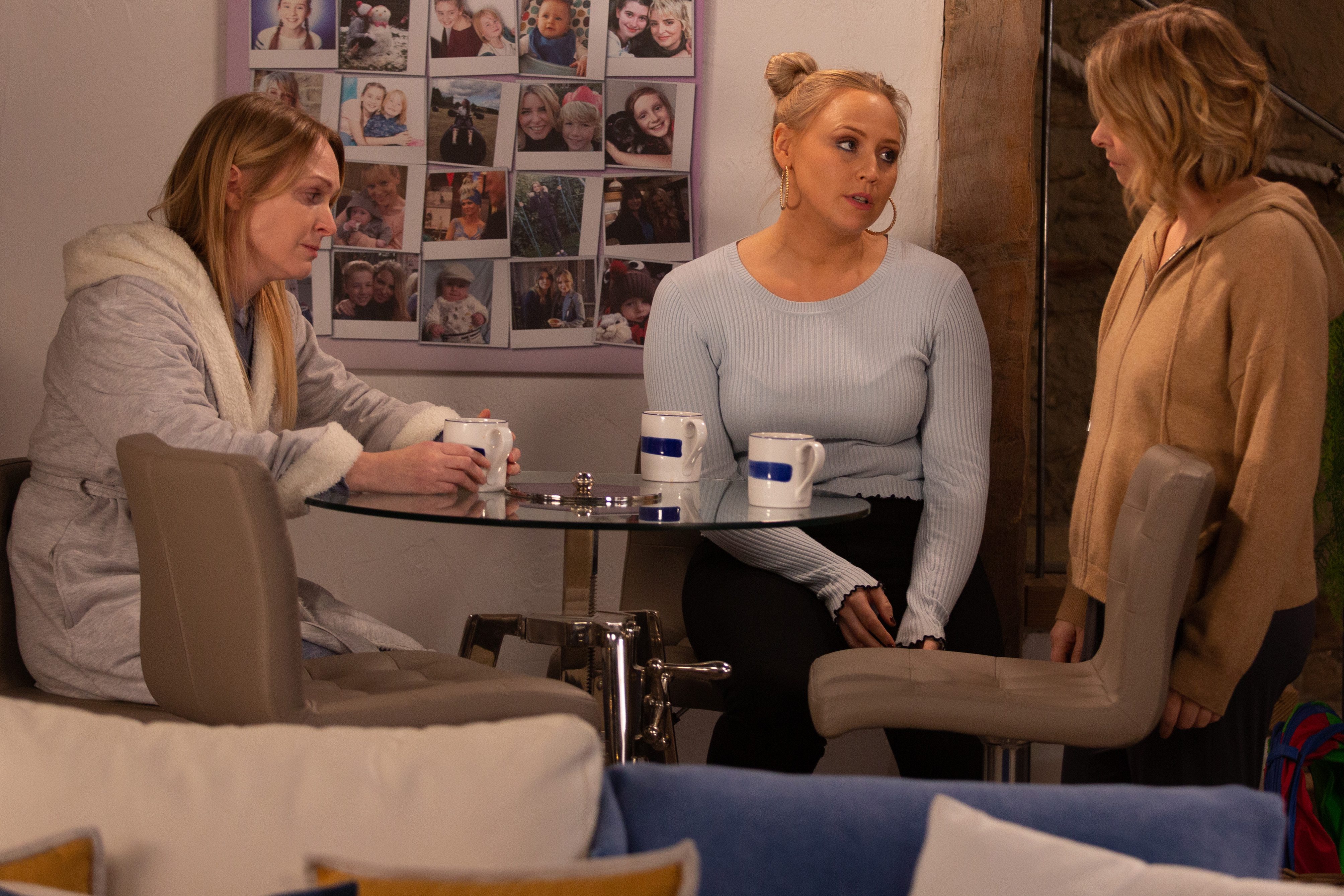 Vanessa later opens up to her sister.

But Charity reaches boiling point and has a bust up with Tracy when she realises she's been left in the dark. 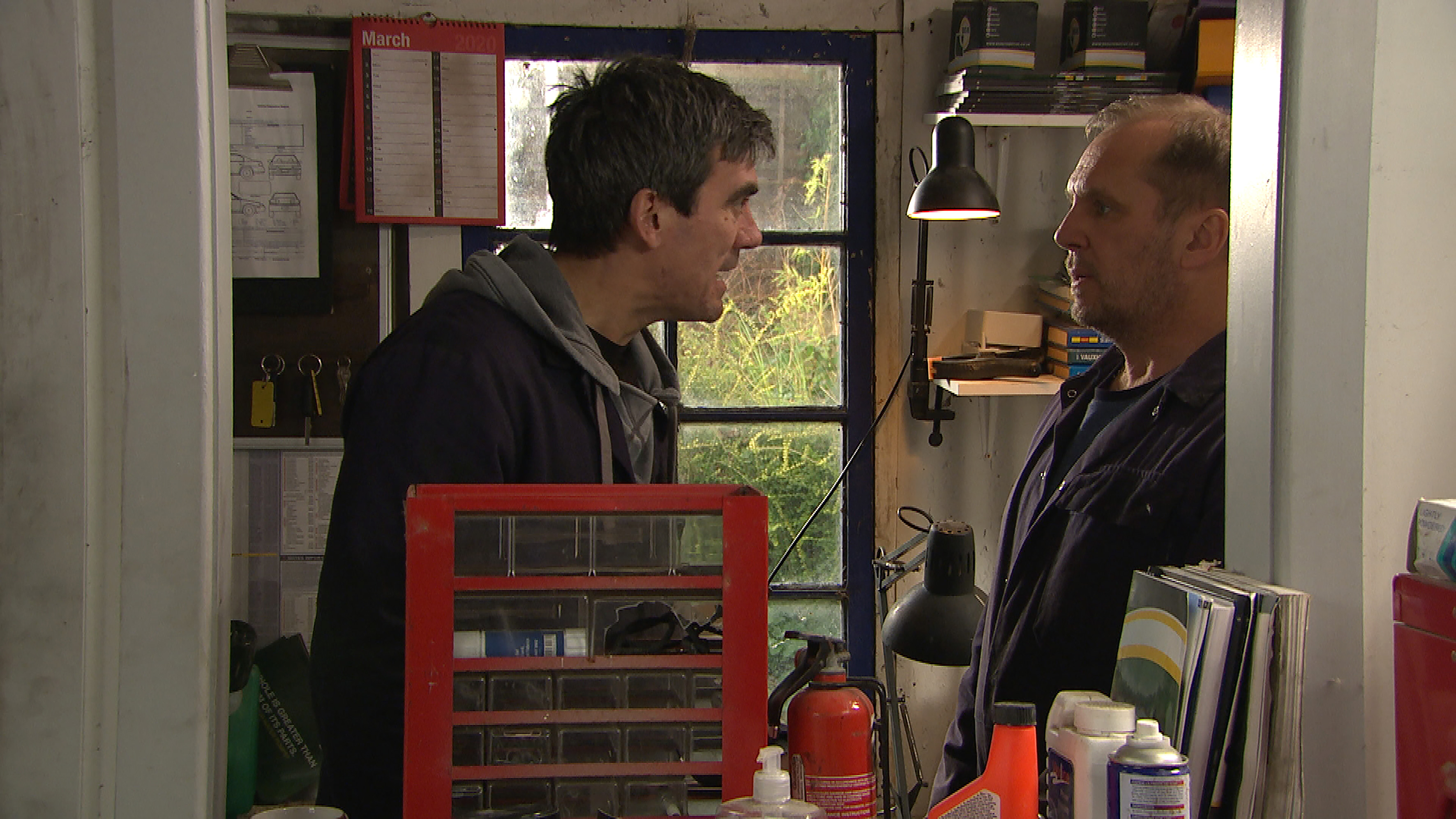 DI Malone forces Will into dealing drugs for him.

Later at the garage, Cain comes across a hidden package hidden in Malone’s car.

When Will admits what Malone is making him do, Cain decides to go and confront Malone about it.

Cain agrees to meet Malone in a layby but kicks himself when he gets back and realises he’s been tricked.

He’s horrified to see his garage trashed and realises that it must have been Malone’s doing.

5. Moira is devastated by a shock murder 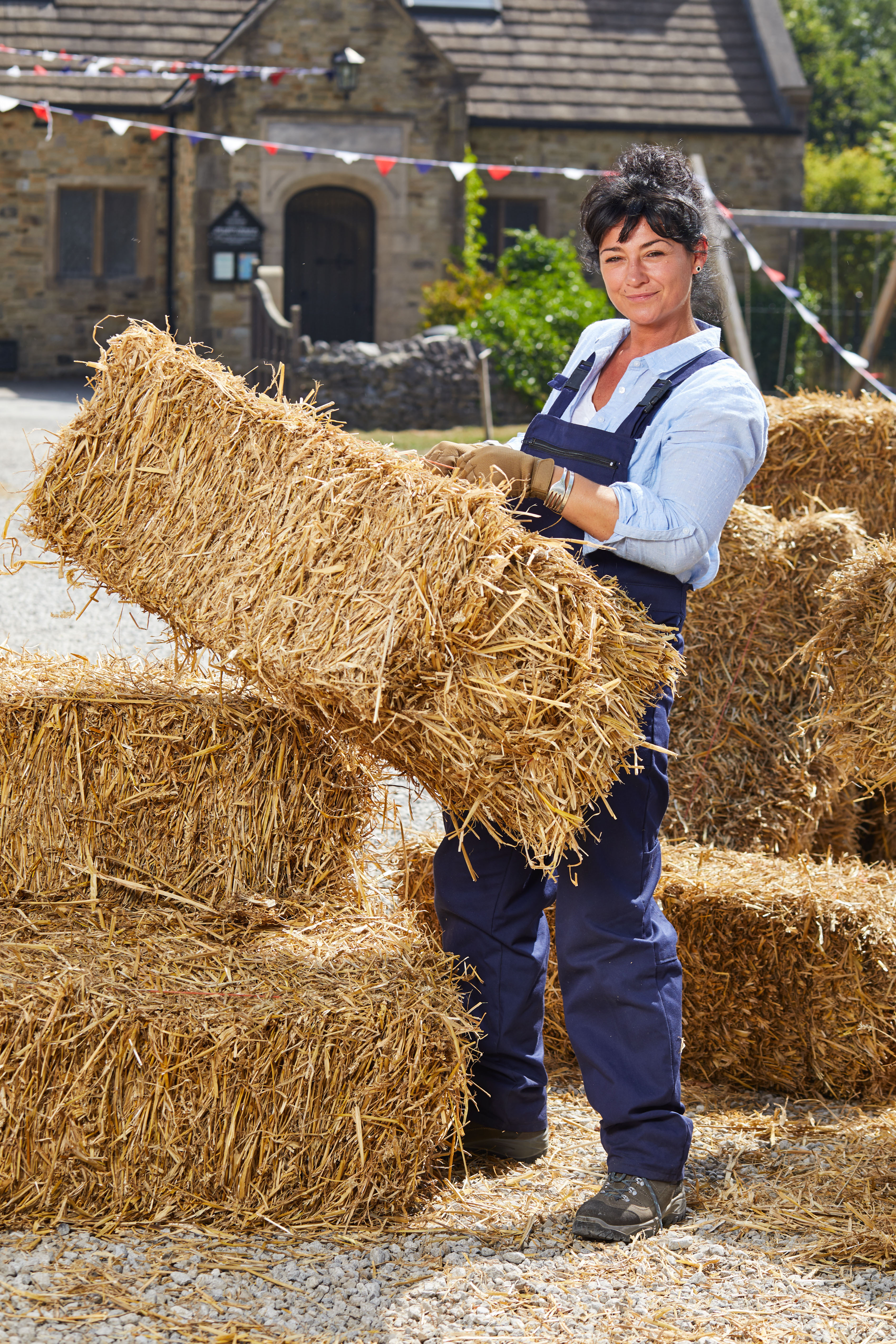 The farmer is shaken by the surprise slaughter and mourns her loss. 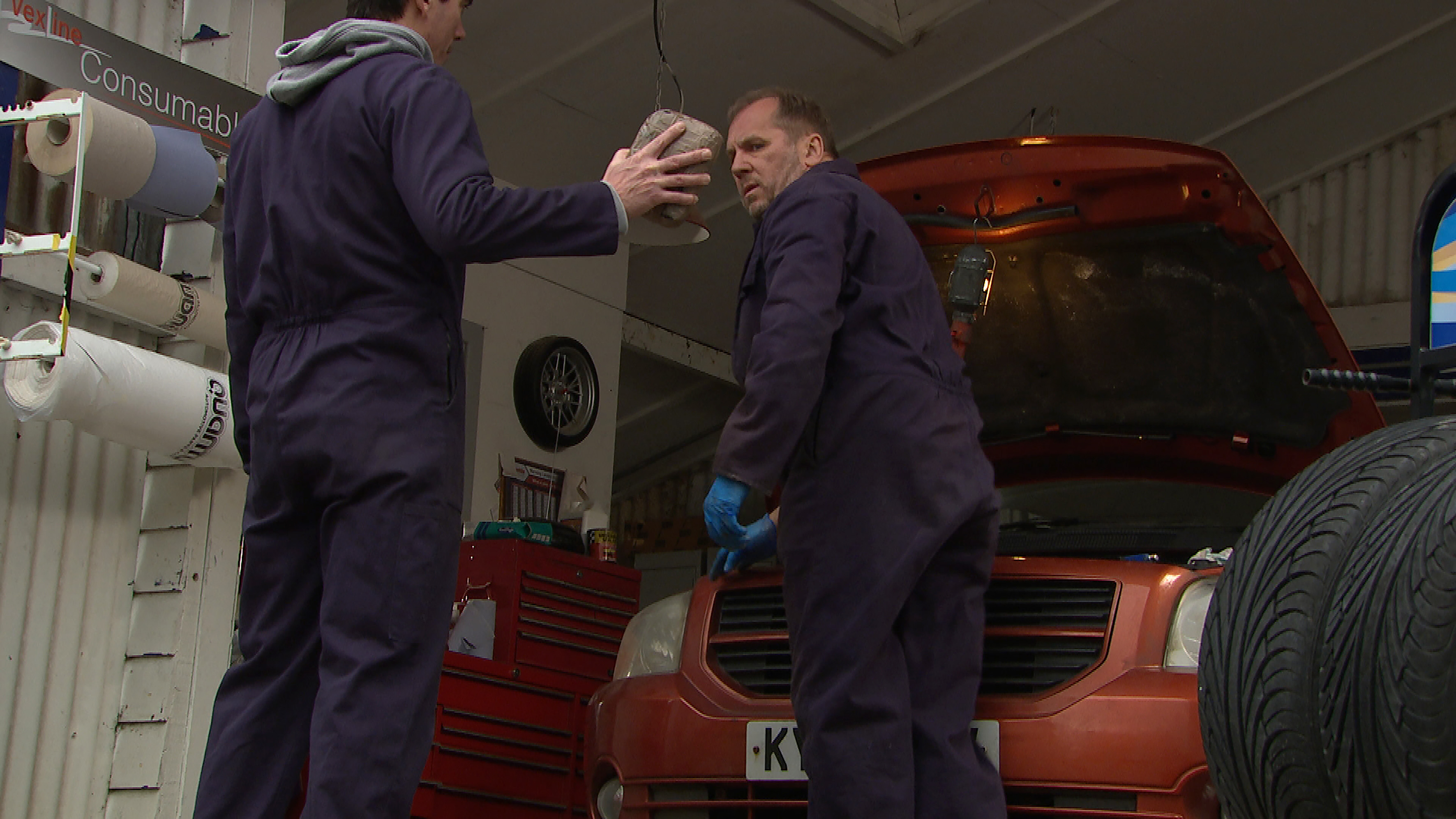 Cain calls the police but is horrified when dodgy detective Malone turns up.

The mechanic fumes as Malone asks him whether he can think of anyone who bears a grudge against him.

He's terrified when he realises that Malone is far from done with him.

But what does the dodgy detective want?

7. Jai asks Laurel to move in 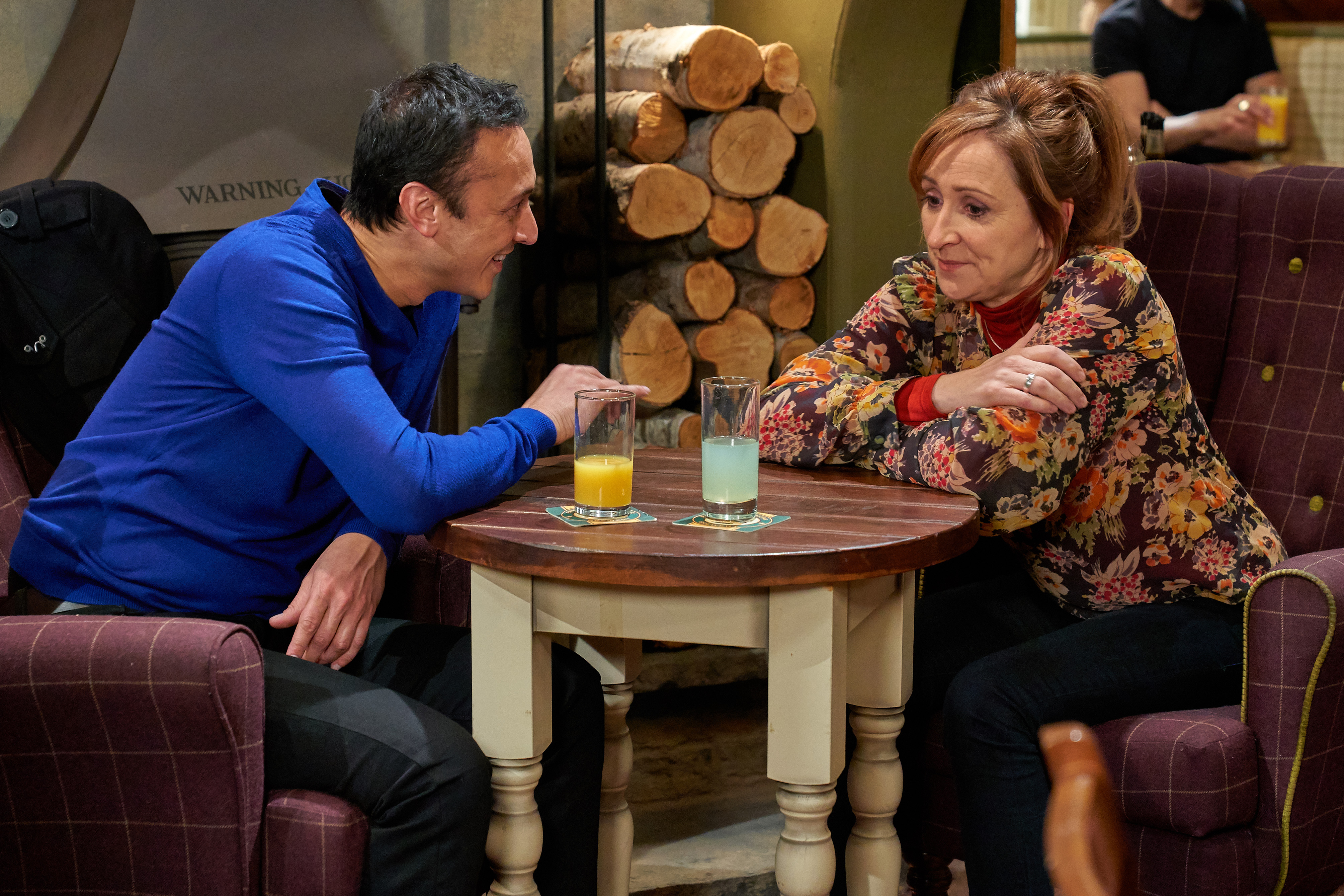 When Jai asks Laurel to move in, she feigns excitement.

But she later explains to Arthur that she can’t bring herself to take things to the next level with him while lying about Archie's abuse.

Arthur decides to take matters into his own hands, but just as he's about to tell Jai he's interrupted by Laurel. 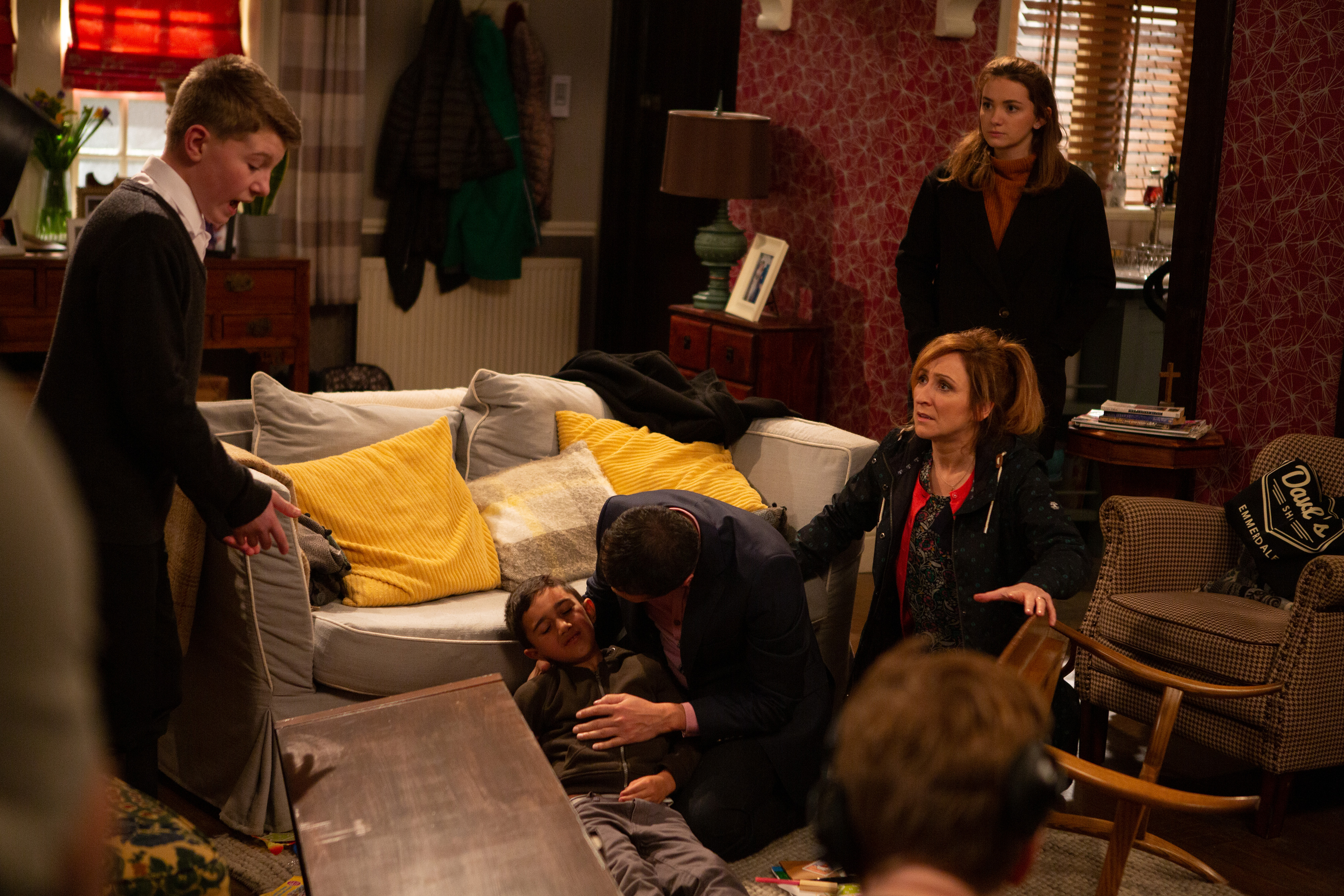 Just as Laurel decides to put the past behind her and agree to moving in with Jay, they hear a crash.

They rush to see what’s happened and are horrified to find Archie trapped underneath a toppled cabinet.

Terrified Laurel at last reveals to Jay that Arthur is the culprit who’s been bully and hurting Archie.

Jai is lost for words at the revelation after spending months accusing Jimmy King of bruising Archie. 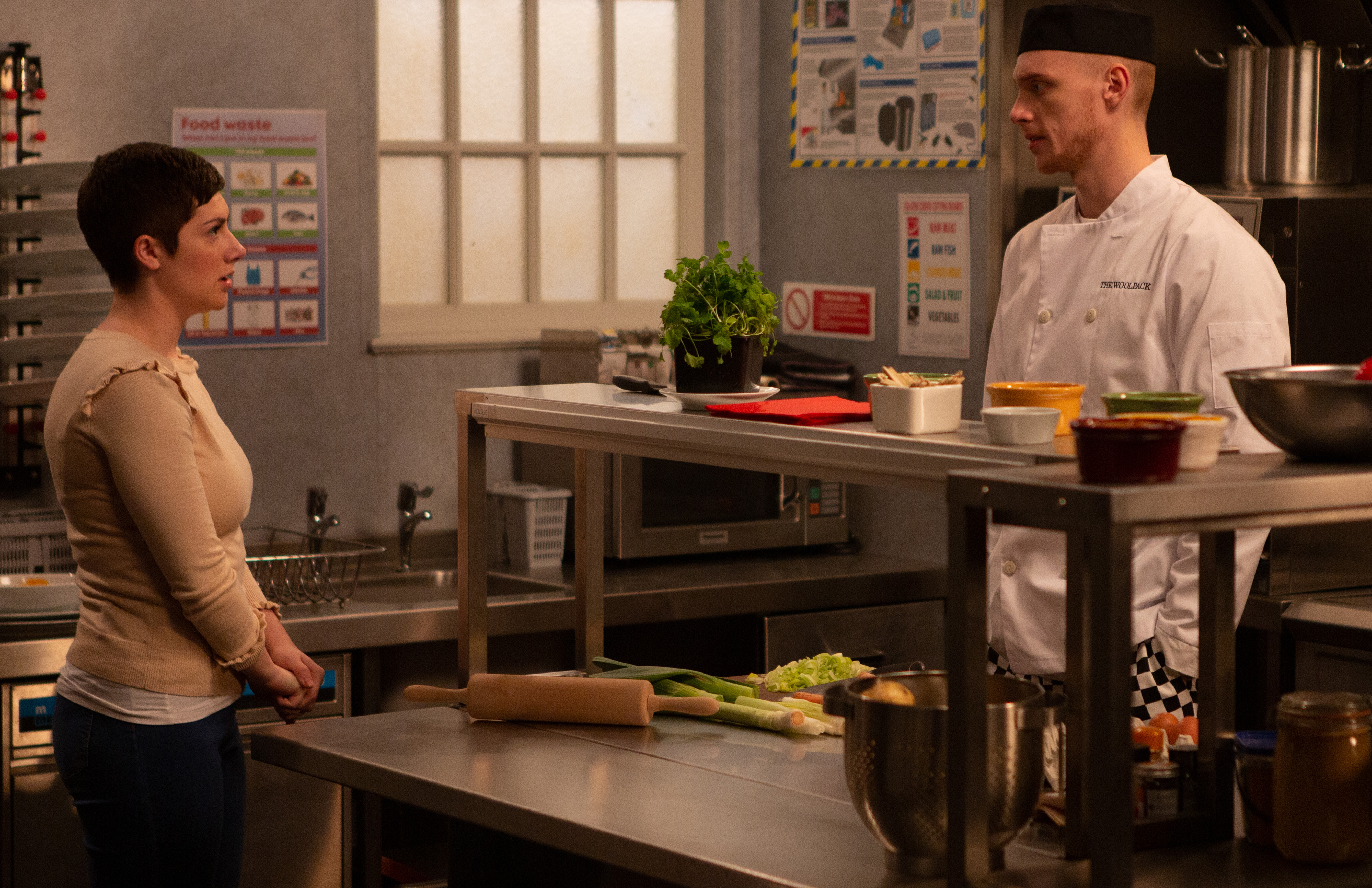 Luke asks Victoria to give their relationship another go after she suffers a nasty flashback while getting cosy with him.

But will Victoria agree to try again with her rapist’s brother or will she call it a day? 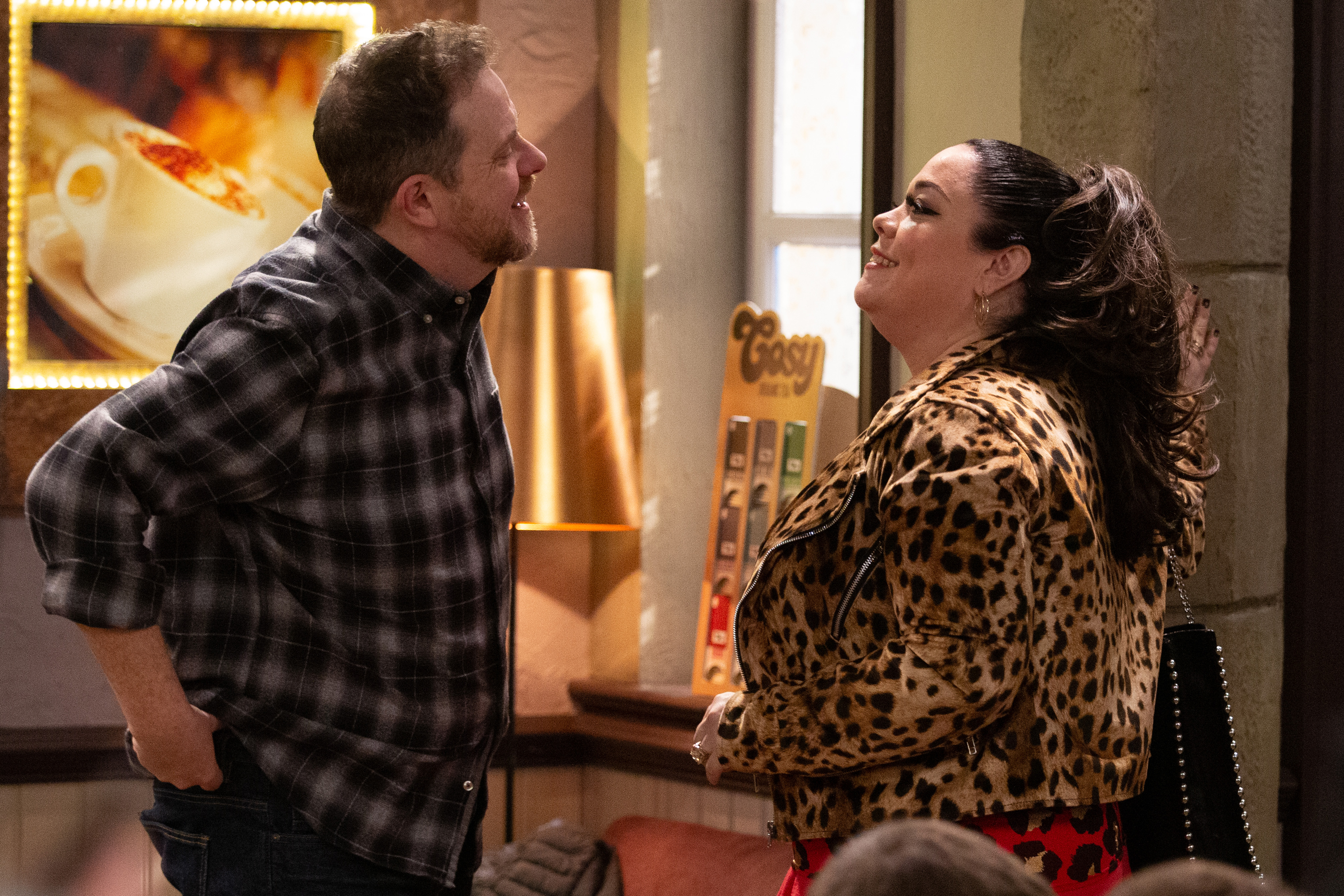 Dan and Mandy go on a date with each other.

He's loving Cathy and Heath’s vegan cake and cookies in the café until he has a nasty allergic reaction. 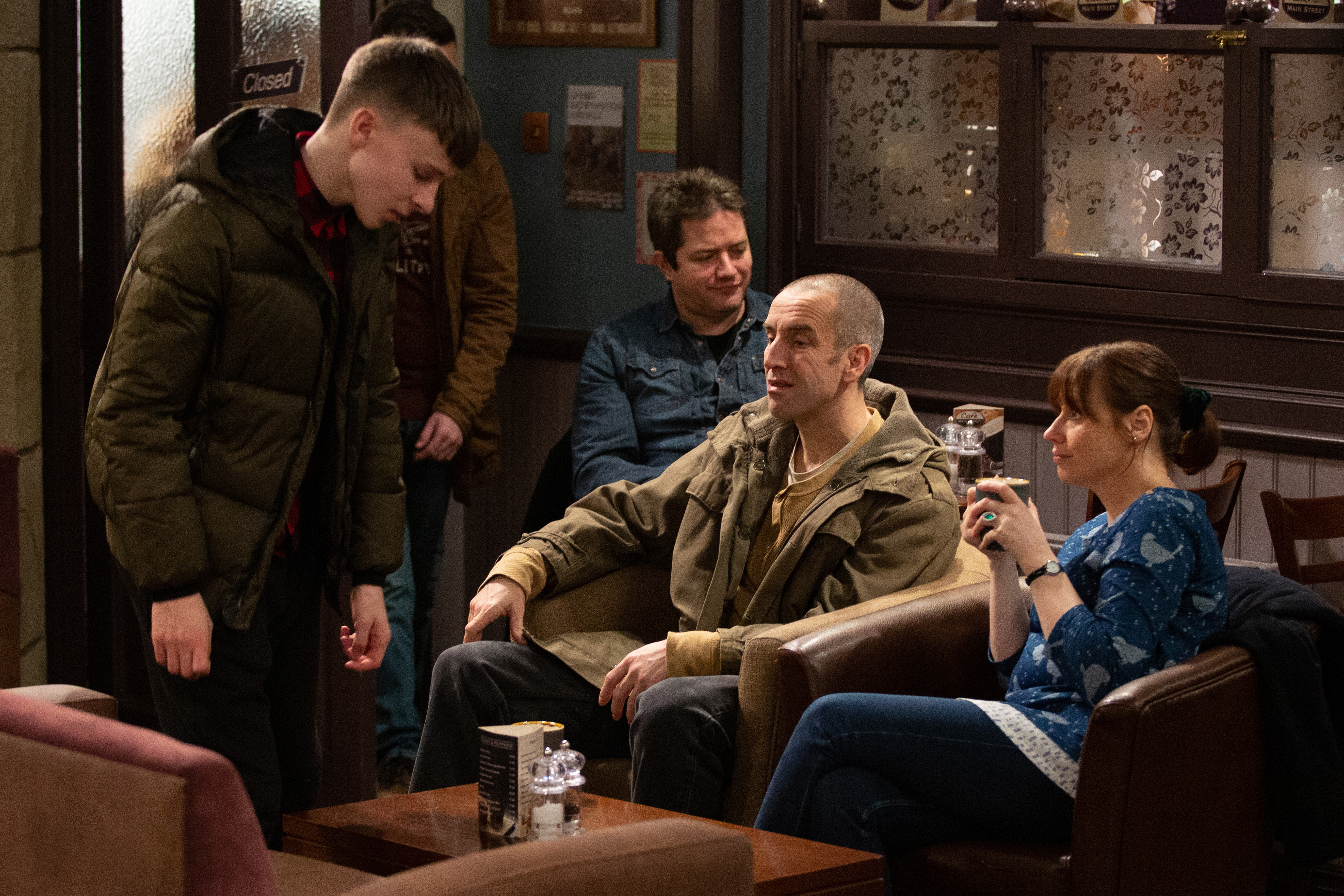 Samson finally finds a way to fund his trip but is worried about the fallout.

Will he get his paws on the cash and if so – at what cost? 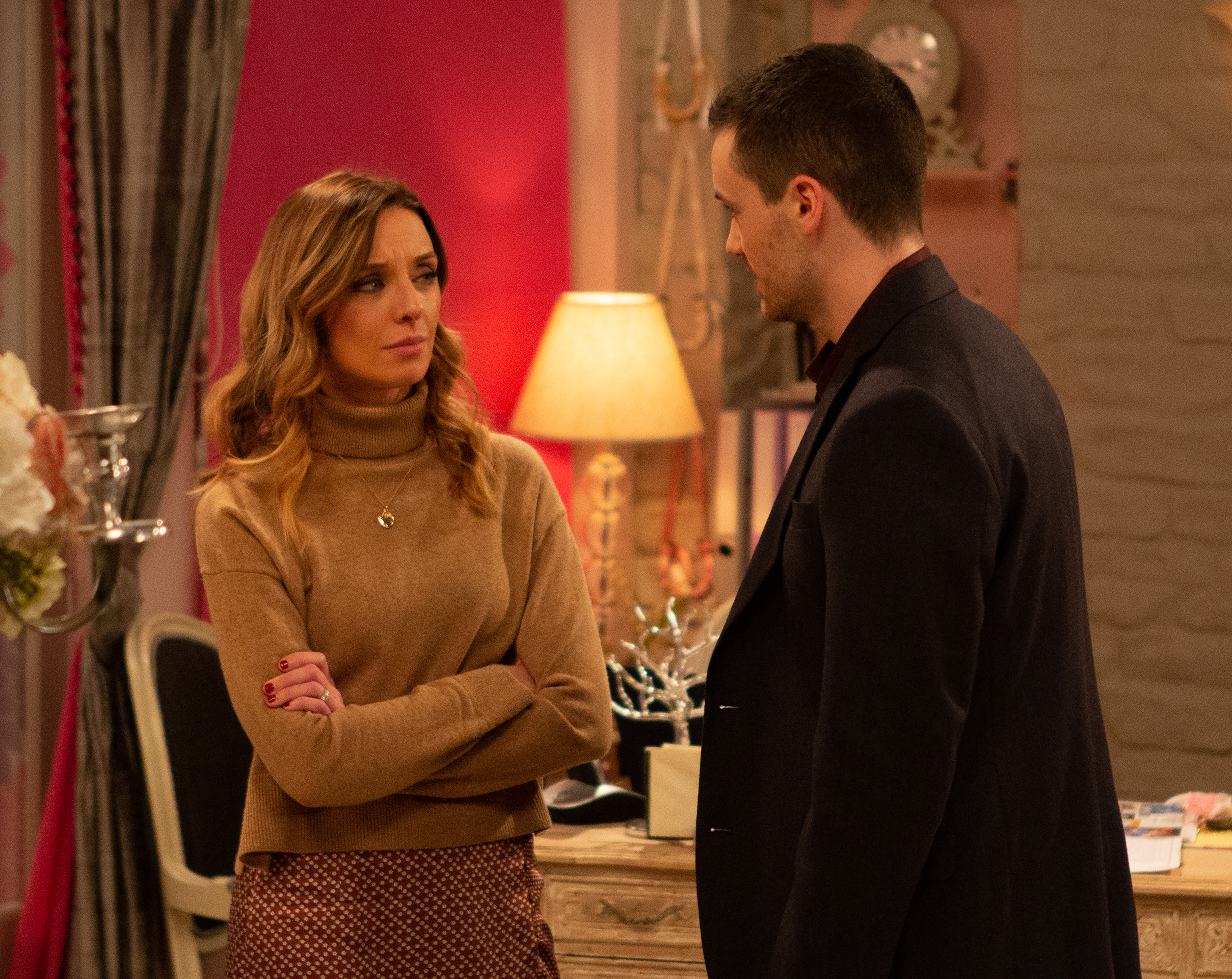 Andrea realises she’s fighting a losing battle when it comes to getting custody of her daughter.

Andrea resorts to playing dirty to get the truth out of Kim.

But how far will she go?