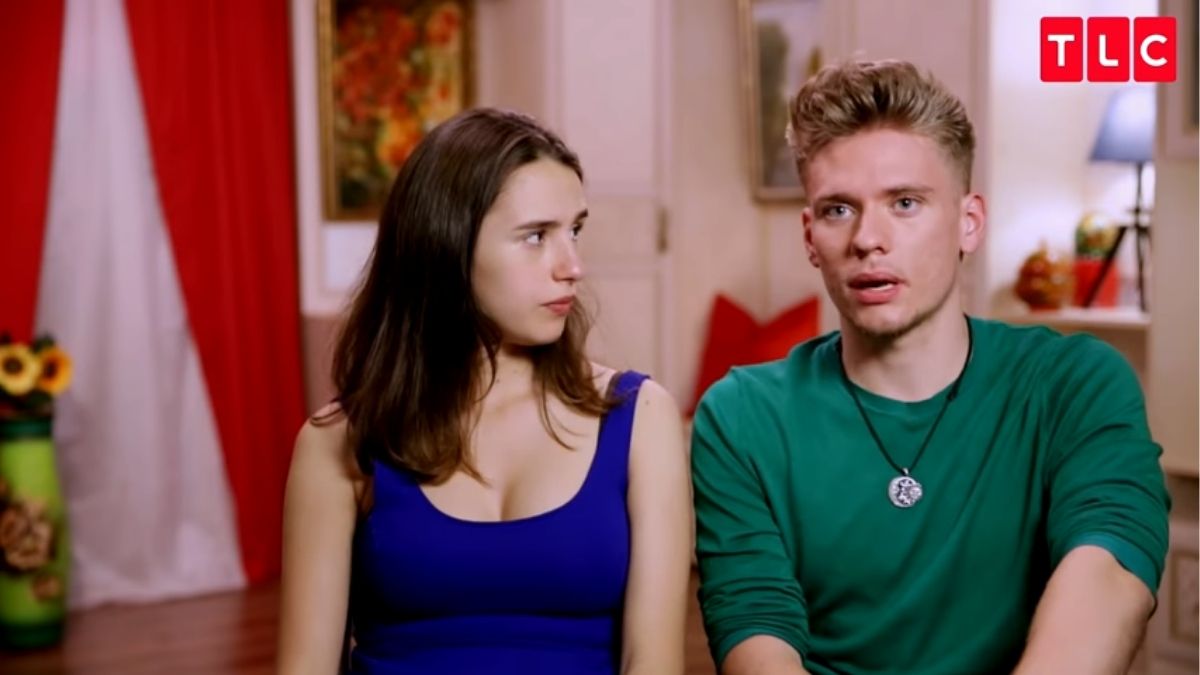 If it wasn’t clear that 90 Day Fiance couple, Olga Koshimbetova and Steven Frend, have split, it is now.

On Monday, October 12, Olga posted a photo of her holding and laughing with the former couple’s two-year-old son, Alex.

She captioned the post with a simple red heart emoji.

Olga confirmed that she and Steven are no longer together

Fans quickly took to the comments to ask Olga for her side of the story with Steven.

Translated to English from Russian, one comment read, “There are rumors on Instagram that you and Steven broke up. Even if so, I think it’s a private matter. But it is so?”

Olga’s response, which was also translated to English, said, “I have not written a post on this topic, but at the moment, as a couple, we are not together. Hopefully, all for the best, but for now, I don’t want to comment on this.”

In the late evening of October 11, Steven took to his Instagram stories and explained that he and Olga were no longer a couple.

In the post, he said people had been inquiring about whether he and Olga were still together.

“The answer is we went into this super blindly. There’s a lot of the show left out that’ll have people confused.”

He then wrote, “We’re both civil and cause no drama because our son’s mental health is top priority.”

Steven then told his followers not to assume they know the whole story from his post.

Steven and Olga had a whirlwind romance

Fans were introduced to Steven and Olga in season 6 of 90 Day Fiance. The couple met while Olga was on vacation in the U.S. and spent most of their days together.

Near the end of her trip, Olga told Steven she was pregnant.

The couple decided to keep the baby and make their relationship work while being long distance.

Steven then traveled to Russia as they were nearing Olga’s due date so he could be present for the birth of their son. It wasn’t all smooth sailing. Steven struggled with feelings of jealousy in all of the attention Olga was putting into Alex.

They also differed in their parenting styles, as Olga frequently had to tell Steven to calm down and not be so anxious. The two often engaged in intense arguments.

But that didn’t stop their commitment to making their relationship work.

Before Steven returned home to the U.S., he proposed to Olga, and the pair applied for her K-1 visa, where they would have to marry within 90 days of her arrival.

Once her visa was approved, Olga and Alex moved to the U.S. to be with Steven. The couple married in August 2019.

90 Day Fiance is currently on hiatus on TLC.

Rockers Brody Dalle, Josh Homme List Hollywood Hills Home
This website uses cookies to improve your user experience and to provide you with advertisements that are relevant to your interests. By continuing to browse the site you are agreeing to our use of cookies.Ok