“This was the biggest mistake and regret of my life,” the “Smallville” actress writes in latest legal docs 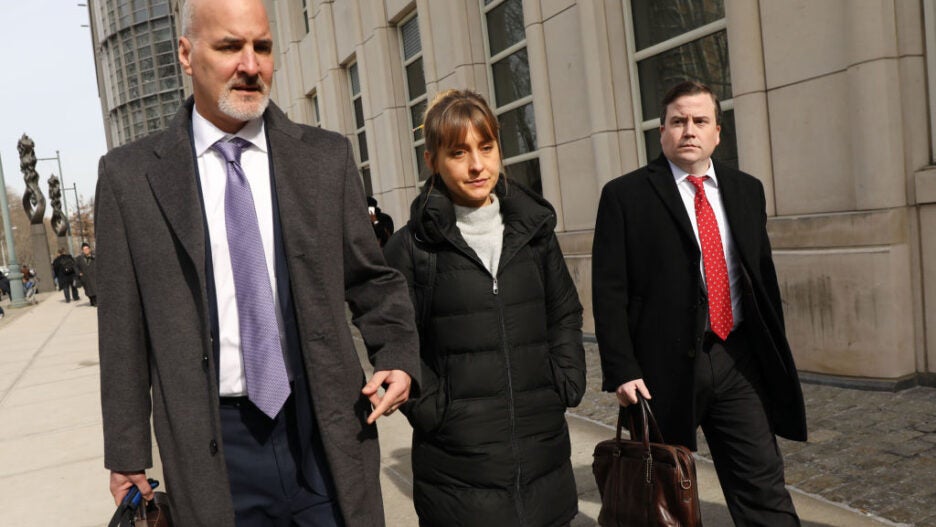 NEW YORK, NEW YORK – FEBRUARY 06: Actress Allison Mack leaves the Brooklyn Federal Courthouse with her lawyers after a court appearance surrounding the alleged sex cult NXIVM on February 06, 2019 in New York City. Along with Clare Bronfman, heiress of the Seagram’s liquor empire, Mack and other defendants were arrested last year and accused of having helped operate a criminal enterprise for self-help guru Keith Raniere, who has been charged with sex trafficking. (Photo by Spencer Platt/Getty Images)

In court filings obtained by TheWrap, Mack’s attorneys asked the judge to consider that the actress has “publicly denounced” Keith Raniere, the leader of the NXIVM sex cult and has cooperated with federal investigators along with her plea agreement. Mack was arrested in 2018 and pled guilty to charges that she manipulated women, including ones in college sororities, into joining NXIVM and then aiding Raniere in taking nude photos of them to coerce them into sex acts.

Raniere was found guilty last year on seven felony charges and was sentenced to 120 years in prison.

Federal prosecutors have not recommended that Mack avoid jail time but have recommended lighter sentencing for the testimony and evidence she supplied against Raniere, including an audiotape in which Raniere discussed branding his initials on female cult members he described as “slaves.”

The filing also included a letter from Mack herself apologizing to her victims: “I am sorry to those of you that I brought into Nxivm. I am sorry I ever exposed you to the nefarious and emotionally abusive schemes of a twisted man. I am sorry that I encouraged you to use your resources to participate in something that was ultimately so ugly,” she wrote.

“I threw myself into the teachings of Keith Raniere with everything I had,” she continued. “I believed, whole-heartedly, that his mentorship was leading me to a better, more enlightened version of myself. I devoted my loyalty, my resources, and, ultimately, my life to him. This was the biggest mistake and regret of my life.”

Pamela Chelin contributed to this report.