Skip to content
HomeTV and MoviesBack to the Future theory: The DRASTIC action Biff took after Marty McFly returned to 1985

Throughout the Back to the Future trilogy, Marty McFly kept coming across the nasty Biff Tannen. From his bullying high school days in 1955 through his middle age in the 80s up to being a cranky grump in 2015. But now a popular fan theory argues that Biff took a drastic measure after meeting Marty for the first time.

Reddit user jrm2003 argues that Biff worked out Marty was a time traveller in 1955 so dedicated his whole life to finding out his secret to use it for his own ends.

The main piece of evidence for the theorist is how odd it is that the bully’s character totally changed after George McFly stood up to him sexually assaulting future wife Lorraine Baines and punched him in the face before the Enchantment Under The Sea dance.

When Marty returned to 1985, Biff was overly polite to George and something of an apologetic coward.

But what if this was all a show by the alpha male, biding his time to find the so-called Calvin Klein, that time traveller, again. 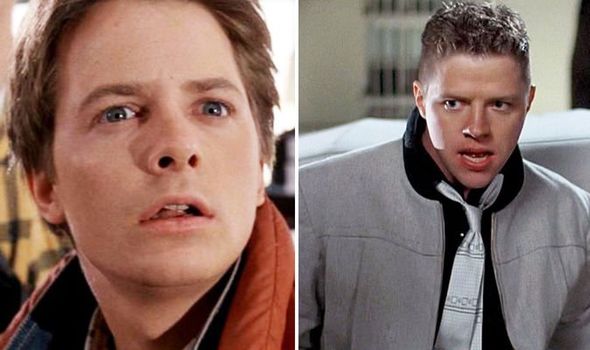 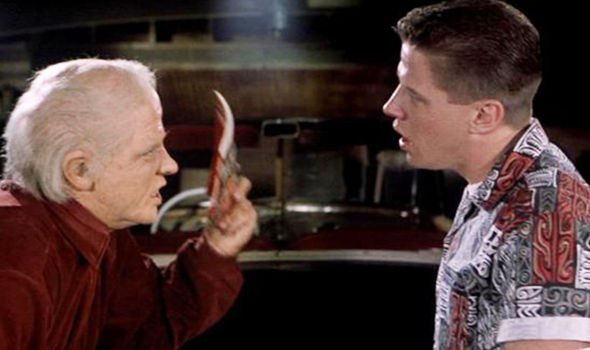 The theorist points out how after Marty’s sudden disappearance in 1955 (since he’d gone back to the future), Biff will have noticed things throughout the next three decades that pointed to him being a time traveller.

They wrote: “In the first timeline he witnessed a guy invent the skateboard who was named Calvin Klein.

“As dumb as Biff is he had to have noticed the rise of the real Calvin Klein and the advent of skating as time progressed.

“Not only that, but I’m sure everyone told him about the exploits and musical performance of Calvin which would cause him to think twice when he heard Johnny B. Goode later.” 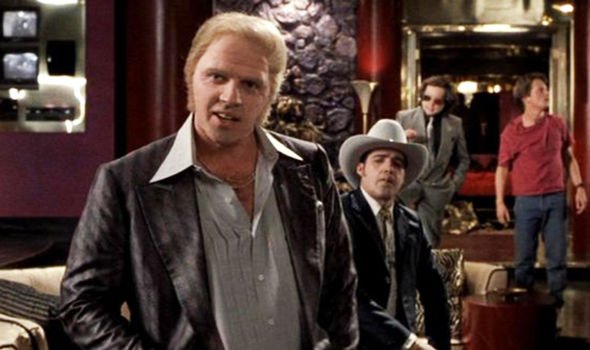 They added: “It was at this point that Biff became obsessed with the McFly family and decided to do anything he could to stay close to them.

“George and Lorraine were the only ones Biff knew that were definitely tied to Calvin/Marty so he ignored job offers and opportunities for years and continued to clean cars for income just to stay close to the McFly’s….and he’s probably ready to give up ….until bam! Marty is old enough for Biff to recognise as Calvin.

“At this point Biff knows he’s onto something. He even polished up Marty’s Jeep in the garage probably hoping to find his secret.

“Before Biff has a chance to get far from the McFly home in Back to the Future, a DeLorean picks up Marty and flies away [to 2015]. This confirms Biffs suspicions.”

After another 30 years, Biff recognises the flying DeLorean in Back to the Future Part II.

After eavesdropping on Marty and Doc’s plan to save Marty Jr from going to jail, Biff appears and says: “So Doc Brown invented a time machine.”

He’s finally made sense of the time traveller from 1955.

Fans will remember he then picked up the almanac Marty bought with sports results from 1950 to 2000.

Doc had rebuked Marty for purchasing the almanac to cheat at gambling back in 1985 and threw the book in a nearby trash can.

But finally, it was Biff’s turn to use time travel for his own devices, so he stole the DeLorean to give the almanac to his younger self back in 1955.

The result was the alternate 1985 that Doc and Marty discovered where Biff, who in this reality was based on Donald Trump, had become wealthy through knowing the winners at sports events over the last three decades and even married Lorraine.

The theorist concluded: “All of this was to explain why Biff not only stole the DeLorean but also knew to use it for time travel. If not for this theory Biff would’ve had to figure out a whole lot in 2015 and his entire life would’ve made no sense.”