ITV viewers have been eagerly awaiting Belgravia, as the new period drama made perfect Sunday night TV. However, some of those watching noticed the music appeared very similar to Julian’s predecessor, Downton Abbey as they sat down to watch the new drama tonight.

Julian Fellows is best-known as the creator of hit ITV drama, Downton Abbey, which ran for six seasons.

The series also made it onto the big screen as a spin-off film landed in cinemas last summer.

Julian’s latest work, Belgravia, kicked off tonight with a star-studded cast, leaving viewers quickly intrigued by what was to come.

Those watching were dealt a shock early on when James and Anne’s daughter Sophia (Emily Reid) was revealed to have died. 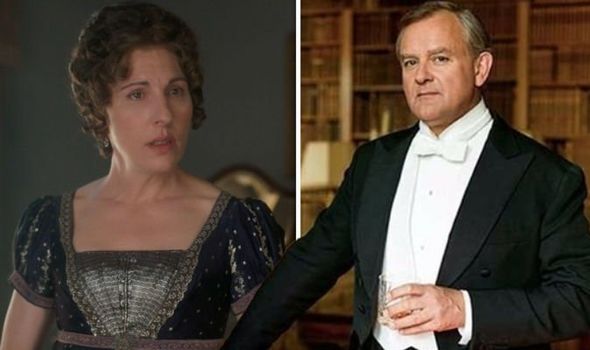 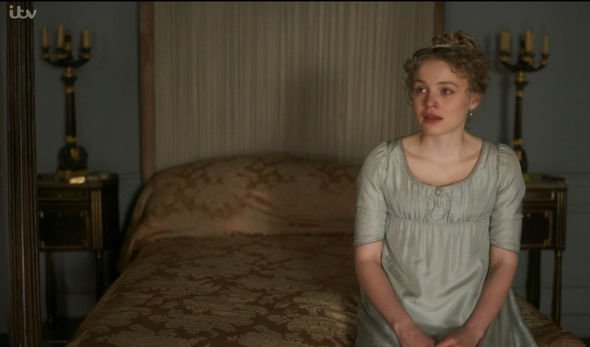 It was later shown the teenager had died whilst in childbirth after she had become pregnant with Lord Bellasis (Jeremy Neumark Jones) child.

However, something else got the attention of viewers straight away as they noticed something “eerily similar” about the new drama, compared to his previous series.

Taking to Twitter, some of those watching at home couldn’t help but note how similar the music sounded to Downton.

One viewer wrote: “The music for #Belgravia sounds eerily similar to Downton’s.” 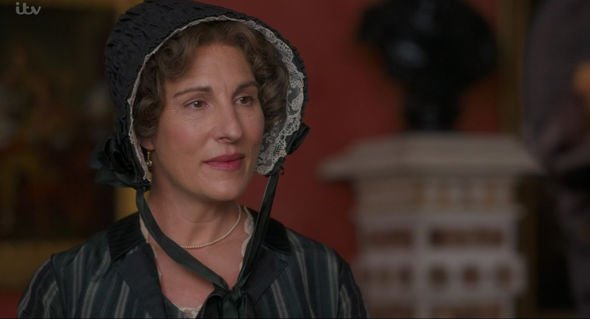 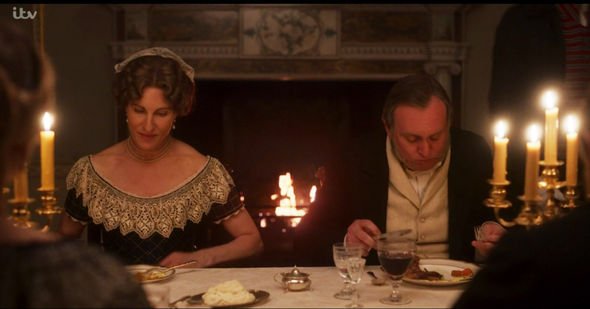 Another echoed: “Just the credits have #downtonabbey vibes #Belgravia.”

“Was the music for #Belgravia written by the same composer as Downton Abbey? Sounds so similar,” noted a third.

Another commented: “Is the incidental music the same as on Downton? #Belgravia”

Viewers were also left confused by another part of the new drama, which seemed to skip out a huge time period.

It became evident that Anne and James had kept Sophia’s child a secret as the show quickly flashed forward 26 years.

Now, the couple were living in “city for the rich,” Belgravia, but it didn’t seem to have an impact elsewhere.

Some commented on the fact lead character Anne, didn’t appear to have “aged a day”.

One shared on Twitter: “I’m so confused. How old is Mrs Trenchard now? #Belgravia.”

Another viewer wrote: “Watching #Belgravia and wondering what Mrs Trenchard (Tamsin Grieg) has been taking to not have aged a day in 26 years!”

“How come after 26 years the mother has not aged? In fact she looks younger #Belgravia,” commented a third.

“#tamsingrieg amazingly hasn’t aged in 26 years. Other than that, it’s far better than I anticipated. #belgravia.”

Belgravia continues on Sunday at 9pm on ITV