Ashling Lorger from Below Deck sparked dating rumors when she shared a cozy photo with Eddie Lucas. 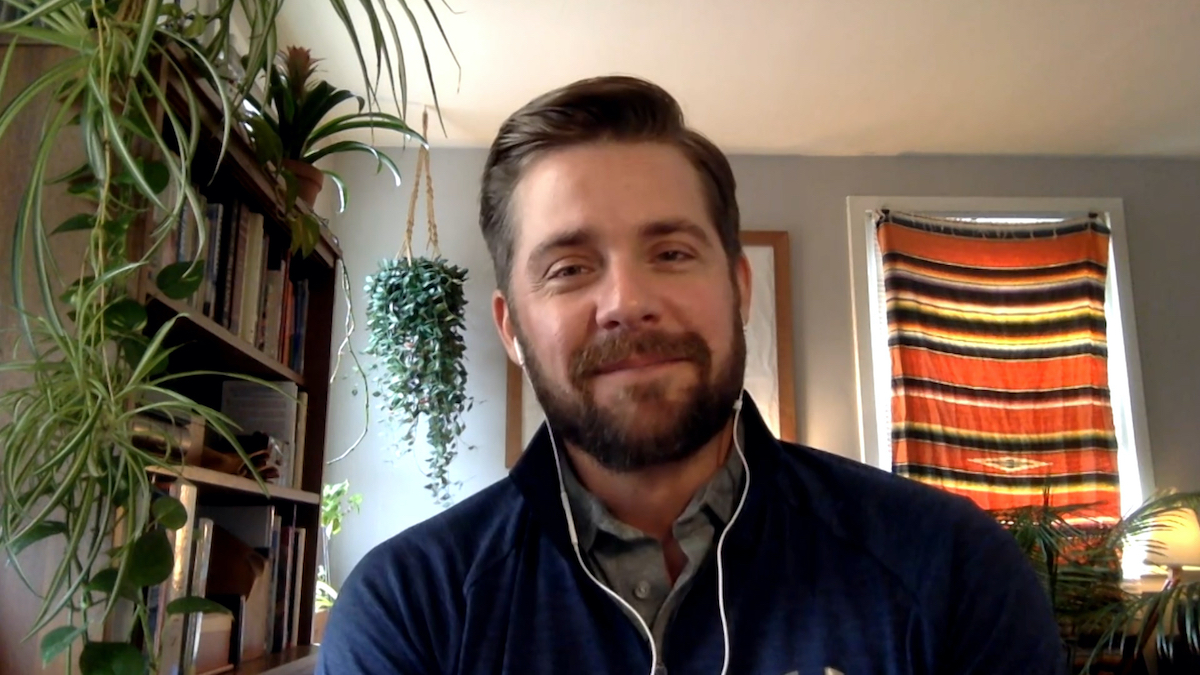 While the Instagram post was an invitation for viewers to share their favorite drink, fans really wanted to know if the stew and bosun were dating. “Oh darn you guys make the cutest couple!!” one person commented on Lorger’s photo. Another person added, “Wait are these two dating?! I would be sooo happy if that’s the case!!”

But Lorger and Lucas shut down the rumor pretty fast on the thread. “Hahah just friends,” Lorger wrote almost immediately on the post. But it didn’t stop fans from speculating. Lucas also commented. “Aww I love this!! Great friends!” he wrote.

Eddie Lucas isn’t likely to get into another boatmance

While it wouldn’t be impossible for Lucas and Lorger to be dating after filming wrapped, it is pretty unlikely he would consider test-driving another boatmance.

Lucas surprised viewers when he hooked up with Raquel “Rocky” Dakota during season 3. The two thought they were flying under the radar by meeting up in the laundry room, but audio captured their clandestine tryst. While Lucas thought the boatmance was a booty call, Dakota caught feelings. She became emotional when he cooled the romance after she literally jumped ship after chef Leon Walker was fired.

Making matters worse, he completely denied the romance when the crew confronted him about it. Dakota told a few crew members about the affair and when he denied it, it only made Dakota more emotional. He finally came clean during the crew’s last night.

But Lucas was apparently gutted when Captain Lee Rosbach expressed his disappointment. Lucas retreated from the series and social media after season 3. He only recently resurfaced and returned to the show for season 8.

The affair had a serious impact on Lucas to the point where it took five years before he would consider returning. “But this time around I was I feeling like I was a good place my life,” he told Showbiz Cheat Sheet. “I felt like I had learned a lot over the past five years from the mistakes I’ve made.”

“I came back into it like, ‘You know, this is a good time for me to come back,’” he said. “I’m in a good place in my career. My family is in a good place right now. They’re all healthy, they’re happy. And I’m in a good place personally, in my private life and everything. So I’m ready to dive back into this and show viewers that the mistakes I made on season 3 are not what define me.”

“And I’m not going to let them define me,” he added. “I’m going to come back and be like, ‘Okay, let’s make some coin. Let’s do some hard work. And let’s bring Below Deck back to when I first came into it as a show about yachting. Not just about f**king and fighting.”

Below Deck is on Monday at 9/8c on Bravo.