Skip to content
HomeTV and Movies'Below Deck': Are Tips Always Given in Cash?

A huge part of Below Deck is the tip presentation. The primary charter guest will present the captain with a fat (or not so fat) white envelope of cash. The tip money isn’t revealed until the crew meets after the guests have departed.

An envelope is always presented. Guests never give the captain a check or let the crew know they plan to Venmo some cash their way. While the envelope presentation is typically very discrete, one guest actually gave Captain Lee Rosbach a wad of cash in private. But then removed a stack because of the laggy WiFi and the food. 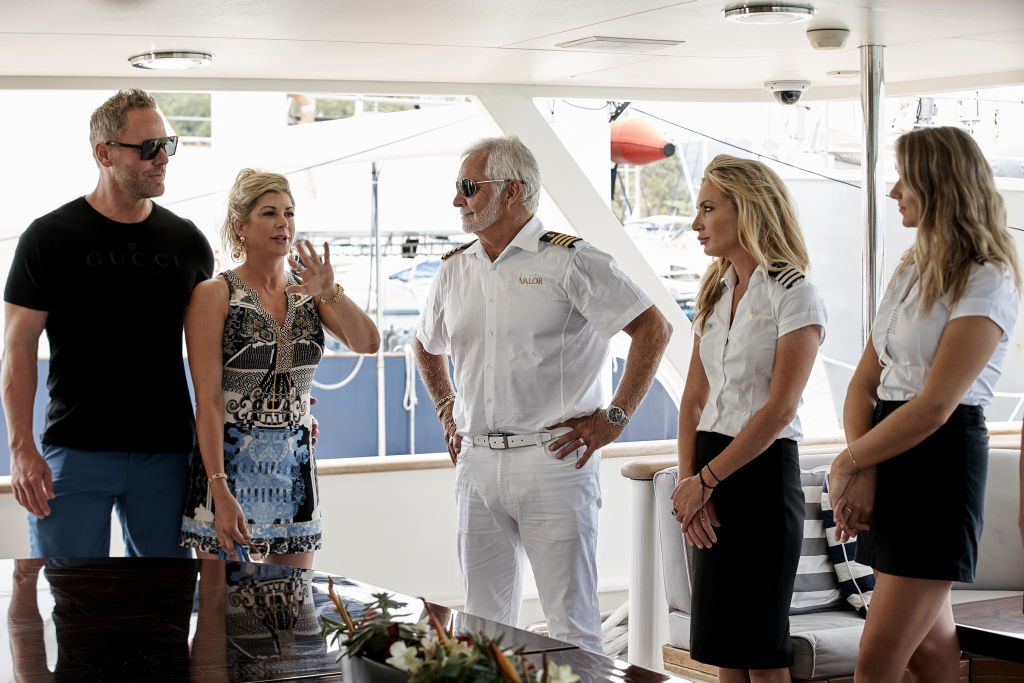 That guest was Timothy Sykes, who is still Rosbach’s number one worst guest. Sykes is the only guest to date to make that move. Thankfully, the rest of the guests thank the crew and simply hand the envelope to the captain. But is a cash tip customary for yacht vacationers who aren’t on a reality television show? Plus, what is a customary tip amount?

Even in an electronic age, cash is still customary when it comes to tipping on a yacht, according to Boat. In some cases, the broker will allow the guest to wire the money ahead of time. This allows them to avoid traveling with a large amount of cash.

“Alternatively, clients can wire gratuity ahead for the broker to hold in escrow to avoid carrying a large amount of cash. After the charter is over, the client will let me know how much to release to the crew (based on any leftover APA) and I can wire the difference back to the client”, Maggie Vale from Churchill Yacht Partners told Boat.

Also, as seen on Below Deck, tips are given to the captain. “Yes, all tips should be given directly to the captain so that he can divide the amount out between all the crew. It is important to remember that there may be crew that have worked just as hard as others but have been less visible during your trip,” Boat reports.

How much to tip?

Below Deck crew members seem to receive anywhere from $15,000 to $30,000 in tip money for a three-day charter. Yacht brokers suggest tipping anywhere from 5% to 20% of the charter base fee, Boat recommends. Interestingly, “It is usually towards the lower end of that scale in the Med and higher in the US and Caribbean.” Below Deck Mediterranean viewers likely recall that the crew received their largest tip to date of $27,000.

Another successful charter down and this crew is just getting started! ? #BelowDeckSailing (?: jennathemac)

Boat reports that a trend 20 years ago was to tip closer to 25%. Problems arose when crews expected larger tips and were disappointed when they weren’t tipped at the 25% mark. In fact, Boat reports some would be pretty vocal about their disappointment. That’s why the Mediterranean Yacht Brokers Association (MYBA) created tipping policy guidelines that kept tip amounts in the 5% to 15% range.

Below Deck viewers also notice that the crew splits the tip evenly. In some cases, it is obvious certain crew members worked harder (or were sick) during the charter but still received the same amount in tip money. According to Boat, this practice is customary.