It’s no secret that Captain Sandy Yawn from Below Deck Mediterranean loves music. But what fans may not know is that Yawn would secretly love to get behind the DJ booth and make it a career. 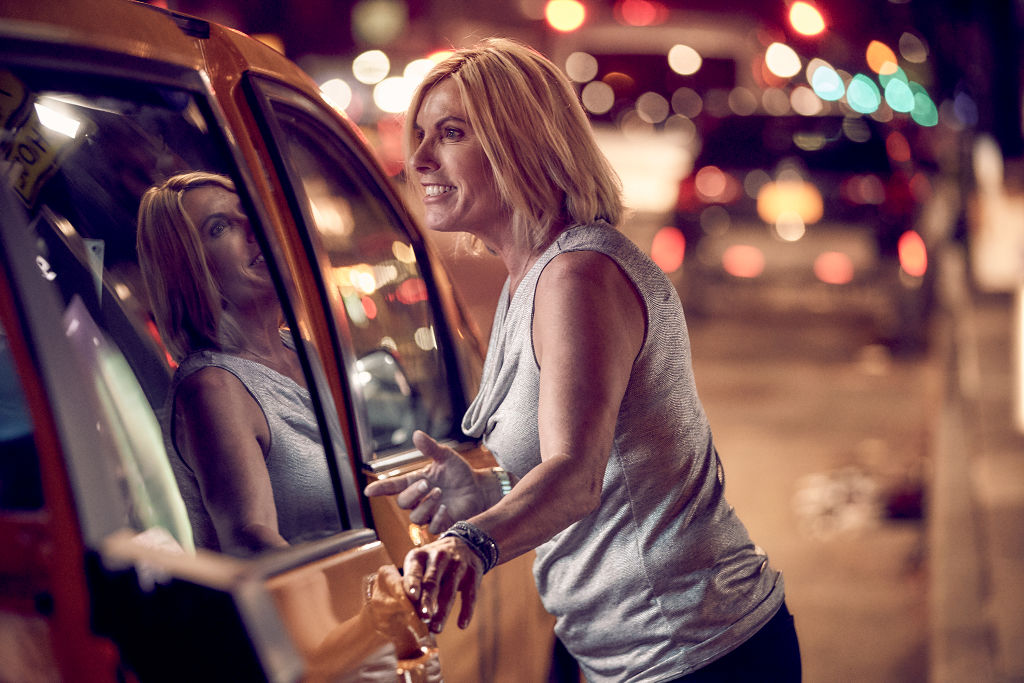 Of course, Yawn insists she loves being a captain more than anything. But if she could choose another career path, she thinks commanding the playlist as a disc jockey seems like it could be a pretty fun job.

Yawn revealed her love for music and more when she shared her tips on how she stays positive during tough times on Watch What Happens Live with Andy Cohen. “These days it’s easy to feel like we’re all lost at sea so for tonight’s ‘Moment of Mazel,’ we’re checking in with Below Deck Mediterranean‘s Captain Sandy and finding out how she stays grounded.”

She has a passion for music

Yawn reminded fans that this too will pass. But she shared what she does to remain positive, especially during tough times. She first joked about how she’s spending some of her time at home “stalking” people on social media. “I find myself stalking people on Instagram, Facebook, TikTok, and Twitter.”

As a music lover, she tried TikTok. “I tried to do TikTok,” she says. “Leah [Shafer] tried to show me some dance moves, but I think I need a little improvement there. I’m obsessed with TikTok, to be honest, I love watching it. I mean it’s hilarious.”

She then revealed how much she likes to play DJ. “I think in another life I wanted to be a DJ,” she says. “I love being a captain. And I keep thinking about, ‘Oh my gosh’ I can’t wait to get back to the sea.” She adds that, of course, she’s binging on Bravo shows too.

Yawn shared with Showbiz Cheat Sheet what she was listening to after she attended the Pride Parade last year in New York City. Yawn joined a slew of Bravolebs on the Bravo float and was digging the setlist producer Andy Cohen had chosen for his group.

Every had a dream to do something? Had some people say it will never happen? Well….listen to @eminem or find a song that drives you, that moves you to believe you can follow that burning desire inside, that you can live your dream. Hang around like minded people that will lift you, inspire you and while you are on that journey remember this, “each one teach one”! #bleowdeckmed #captainsandy #music #greatful #followyourdream #lifeisgood #instamusic #leahrea #leahshafermusic #jsakids #jeep#ducati #saveourseas #bravotv #comcastspotlight

RELATED: ‘Below Deck Med:’ What Is Captain Sandy’s Favorite Song to Listen to When She Docks the Boat?

She said her playlist is extremely varied ranging from country to disco. “So my playlist is a mix because I like all types of music,” she said. “I have country, Southern rock. I love AC/DC, I have to admit it. And I have a crazy mix where you have AC/DC and Lynyrd Skynyrd. But then I have Aretha Franklin and disco.”

Yawn was extremely impressed with Cohen’s ability to keep the crowd pumped through his energy and music during the parade. “It was the music I grew up with and loved,” Yawn said about Cohen. “I love how he mixed it too. He just had all the right songs from the era of Stonewall.”

Remember this? The epic Bravotv float with @bravoandy as our host & DJ! I’m looking back on this day when we didn’t have fear of our movements on this planet. #covid19 has changed us and how we will move around the world, let’s not allow fear to lead us. #stayhealthy #stayhome #media ?#washyourhands #belowdeckmediterranean #belowdeck #jsakids #lifeisgood #jeepwrangler #world #humanity #bravotv #bravocon2019 #stonewall @sonjatmorgan @neneleakes @rezafarahan @carpedaryn @pataltschul @gizellebryant @tinsleymortimer @melissagorga @cynthiabailey10 @evamarcille

She also noted how Cohen brought the crowd together through shout outs. “He did shout outs for every person on his float,” she said. “He’d say, ‘Let’s give it up for….!’ He named every Bravolebrity on his float, which was such a great thing. I think Andy is very generous. Andy is so gracious at allowing people to have the spotlight. And he really shined it on the people on the float, which I really admire.”

Maybe a Captain Sandy and Andy Cohen night at the DJ booth is what everyone needs someday.