Skip to content
HomeTV and MoviesBerlin 2020: How to Fix a Major Film Festival With a Bad Reputation — Analysis

The 70th edition of the Berlin International Film Festival weathered several storms: the looming specter of coronavirus; the history of pro-choice, homophobic remarks by jury president Jeremy Irons, which he renounced on day one; and the revelations that late festival head Alfred Bauer, for whom the festival named one of its top awards 33 years ago, had ties to the Nazi Party (the award has been rechristened as “The Silver Bear – 70th Berlinale”).

Nevertheless, many Berlinale regulars agreed that no matter the bumps in the road, the 2020 lineup left one impression above all: improvement.

The February gathering is among the highest-profile film festivals in Europe, but by the time former festival director Dieter Kosslick finished his 18-year run in 2019, the backlash was deafening. In 2017, an open letter signed by 79 German directors called for his ouster, citing lackluster programming standards and demanding an “outstanding curatorial personality.”

The solution materialized in the form of artistic director Carlo Chatrian, a genial, soft-spoken cinephile who ran the Locarno Film Festival for six years, and executive director Marietta Rissenbeek, who absorbed the business operations that reportedly distracted Kosslick from the programming demands of his job. Chatrian brought the bulk of his Locarno team with him, and there was no question that, for the first time in ages, it reflected the delicate maneuverings of a curatorial vision.

Some festivals can skate along with mediocre programs, so long as ticket sales stay up and sponsors go home happy. The Berlinale attracts far too much scrutiny for that: The festival serves a city of 4 million people, and last year saw as many as 22,000 accredited professions from 135 countries. By the halfway point of the 2020 edition, the festival reported 272,000 tickets had been sold — around 20,000 tickets more than in the previous year. 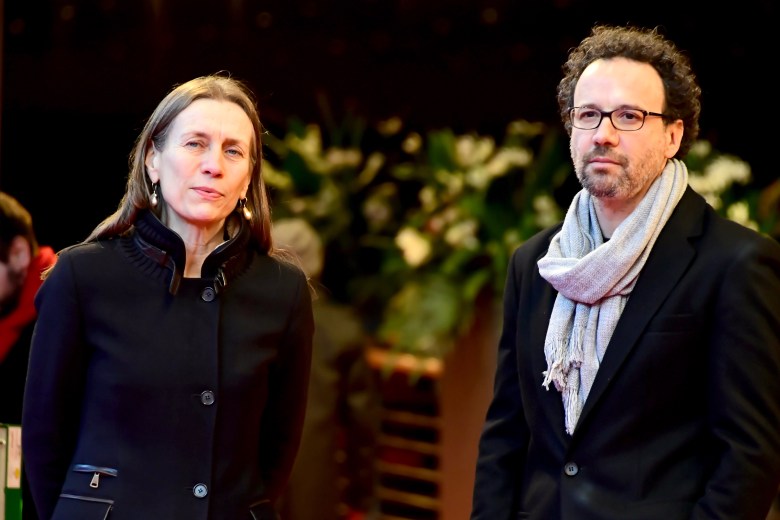 Chatrian and his team faced a daunting challenge: You can’t flip a switch on a broken enterprise, and Berlinale faced practical issues that even top-shelf aesthetic sensibilities can’t immediately solve. The festival long has been a victim of timing: Hamstrung by its placement after Sundance and before Cannes, it must compete with both the most prominent festival in the U.S. and the most revered one in the world. With the pressure to assemble a program mainly comprised of world premieres, the Berlinale is often saddled with rejects rather than discoveries.

In Chatrian’s first year, the improved lineup provides a fascinating study in curatorial rectification that starts with an acknowledgement of its own limitations. “I am aware that being in the first quarter of the year is not probably the best time,” Chatrian told me during an interview at the festival. “At the same time, if we want to support cinema, we cannot put all the festivals together in the second half of the year. It would be unhealthy.”

Chatrian’s eight-person selection committee coordinated with other festivals while acknowledging that certain options might be off the table. “To me, it makes sense that a certain filmmaker with a certain scale of production, Cannes is the place to be,” Chatrian said. “We have started a discussion with Sundance in order to find cooperation. Each festival has its own profile, its own need. We want to explore that.”

The 2020 Golden Bear competitionincluded many world-class directors whose work has surfaced at Cannes in the past, and in two cases, at U.S. festivals. Chatrian’s program eschewed the lure of star power for its red carpet and instead focused on arthouse prestige.

That meant Hong Sang-soo, whose understated, chatty character studies tend to face mixed reviews in the polarizing climate of Cannes, found a warm welcome for his lighthearted “The Woman Who Ran.” Most audiences forgave the shoddy production values and celebrated the opportunity to engage with another Hong enterprise early in the year. And indeed, the movie ranks as one of his best in some time, a sharp and focused look at soul-searching women and the men who annoy them, but it would almost certainly face an uphill battle for exposure at Cannes.

The Berlinale programming also yielded a similarly appreciative crowd for Taiwan’s Tsai Ming-Liang, whose nearly wordless “Days” spends two hours mostly observing two lonely men and generates its entire emotional trajectory around the buildup and aftermath of a hotel room happy ending. It’s here that the two characters find some measure of companionship, but the connection resonates only for viewers vested in its glacial approach. For the exhausted Cannes crowd, “Days” might face scores of walkouts and divisive reviews. Not so in Berlin. 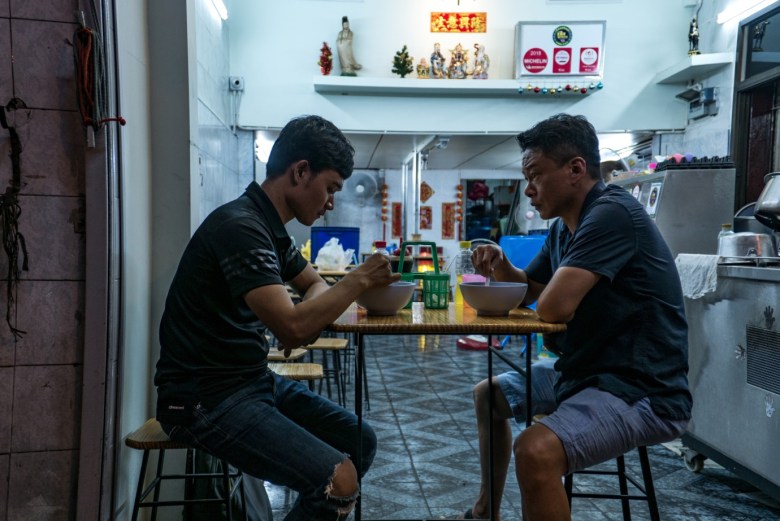 Then there were practical options. Phillipe Garrel’s scrappy “The Salt of Tears,” a playful black-and-white portrait of an obnoxious young man whose philandering catches up to him, brought the French auteur to Competition shortly before the movie’s European release. The small scale of Garrel’s films has often kept them out of the most prominent Cannes slots, and found him surfacing in Directors’ Fortnight. Meanwhile, Christian Petzold, the most revered filmmaker in Germany, easily found his groove in Competition with his eerie romantic drama “Undine.” Petzold has no need for Cannes when the Berlinale crowds welcome him each time out.

In the past, the Berlin competition has launched successful movies as far-reaching as future Iranian Oscar winner “A Separation” and documentary nominee “Fire at Sea,” but they’ve been accompanied by a range of new filmmakers whose positioning in the section didn’t always make sense. Chatrian’s team embraced the opportunity to program newcomers, but with a more refined approach, selecting intriguing debuts such as the innovative psychodrama “The Intruder” and the gorgeous Argentine period piece “Bad Tales.”

There was also “DAU. Natasha,” the first entry in the sprawling Russian “DAU” franchise, comprised of several features shot within the constraints of a Soviet set where thousands of actors lived in character for months at a time. Despite the hype surrounding “DAU,” the feature technically marked only the second directing credit for Ilya Khrzhanovskiy, and the first for his co-director, Jekaterina Oertel.

Respected filmmakers whose movies often surface in Cannes’ less-prominent Un Certain Regard sidebar benefited from the grander stage of Competition. These included Mohammed Rasolouf, an Iranian director barred from leaving his country, whose absorbing anthology feature “There Is No Evil” explores the impact of capital punishment on his country’s executioners — and Cambodian documentarian Rithy Panh, whose experimental “Irradiated” takes an expansive look at global tragedies.

Chatrian made room for one celebrated Sundance feature, Eliza Hittman’s “Never, Rarely, Sometimes, Always,” a neorealist look at teen abortion that resonated better with European audiences than it did in North America, and even squeezed in an American movie from last fall, Kelly Reichardt’s delicate buddy movie “First Cow.”

All of that meant that Berlinale provided a range of different cinematic experiences in its Competition, and a pretty safe bet that critics and distributors searching for high-caliber work would find a handful of gratifying options at the very least. “Because we’re three months before Cannes, it’s very easy to compare our lineup with another one,” Chatrian said. “But the market for cinema needs different festivals.”

Chatrian and his programming team also jettisoned two sidebars — one focused on culinary-themed movies, and another on indigenous filmmakers — in favor of a new competitive section called Encounters, to create a broader space for edgier work that wouldn’t fly in Competition even with expanded standards in play. It allowed the programmers to take some big swings, including opening Encounters selection “Malmkrog,” from Romania’s Cristi Puiu.

Though it sported a 200-minute running time that approached “The Irishman” in heft, “Malmkrog” brought a much greater challenge — almost exclusively comprised of philosophical debate, the movie finds several 19th-century Russian aristocrats debating morality and human behavior in a single room for almost the entirety of its running time. (Anyone who finds that proposition ludicrous from the outset need not apply.) “Malmkrog” is such a fascinating endurance test that many viewers who subjected themselves to it emerged enlightened and energized by Puiu’s epic film experiment. A defiant non-commercial provocation, the movie is unlikely to attract much of a life beyond the festival circuit — which is exactly why it makes sense for a section that can support it. 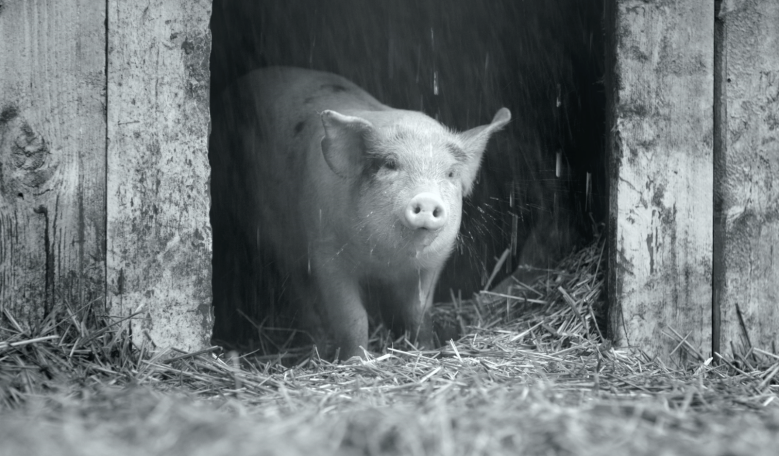 But Encounters also provided a platform for work like “Gunda,” Viktor Kossakovsky’s 90-minute black-and-white look at the beleaguered life of a pig family, which won raves (and U.S. distribution). “Gunda” was a genuine beneficiary of Berlinale timing: Sundance chose not to program the film because the festival had no real slot where it made sense, and at Cannes, “Gunda” would have been buried.

There’s a precedent for the Encounters conceit: Five years ago, the Toronto International Film Festival added its Platform section to single out filmmakers early in their careers. It cut through some of the noise of its vast lineup with a precise, curated vision. Ten years ago, Sundance provided additional space for movies off the beaten path with its NEXT sidebar. “It was clear in my mind that the creation of Encounters was important,” Chatrian said. “It created the opportunity to keep scouting, giving room to filmmakers that are known but doing films in a different way. I couldn’t otherwise find in the festival for us to be able to scout for these films.”

Of course, the scores of crowds keen on glimpsing celebrities on the red carpet will not get their fix with these films. It’s too early to say if the diminished star power will impact the wider perception around this year’s Berlinale, but the festival delivered did deliver the bare minimum. Opening-night entry “My Salinger Year” wasn’t a hit with critics, but it skirted along with Margaret Qualley and Sigourney Weaver in town to promote it. Ditto for “Minamatta,” a maudlin Johnny Depp biopic about war photographer W. Eugene Smith that didn’t have to be any good for the scores of autograph seekers who turned out for Depp’s arrival.

“The Berlinale has very diverse expectations,” Rissenbeek told me. “People want to have a feeling that these films matter. Either it matters because you can see Johnny Depp or Sigourney Weaver, or it matters because the topic is political or social.”

Longtime Berlinale attendees messaged caution about reaching many conclusions about the new festival leadership after its first year. “The festival landscape is rapidly evolving, which is why the risk is high that Berlinale will be judged right away,” said Frédéric Jaeger, artistic director of the independently run Berlin Critics’ Week. “For a festival like Berlinale, meeting the different interests is particularly difficult and finding a balance between the old and the new is not something that we’ll be able to judge for at least a year, seeing how the rest of the film year will look like, which movies will continue to resonate and travel over time.”

Chatrian was eager to shake off the shadow of the preceding editions. “I don’t know how the festival programming did it before, and frankly, I don’t care,” he said. “It’s not my concern. This is a learning process. I think the audience is in tune with the festival and its many identities. As we just started, I hope there won’t be many misunderstandings about the choices we made.”