“Breaking” will debut at the Paris Games in 2024 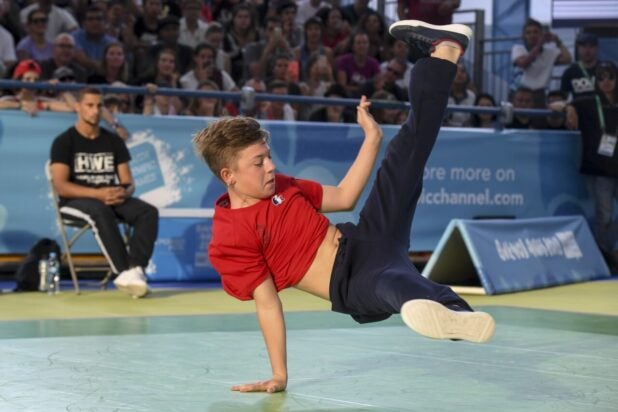 Breakdancing fans, your time has come. Breakdancers have officially joined the esteemed ranks of figure skaters, skiers and bobsledders, as news broke Monday that breakdancing will be an Olympic sport beginning with the 2024 Paris Games.

The official term for the new sport is “breaking,” according to a tweet from the Olympics. Along with that announcement, the Olympics noted that the Paris Games will include “100% gender equality” and “more youth-focused events,” and will add three more sports to be recognized competitively: skateboarding, surfing and sport climbing.

The WordDanceSport Federation released a statement following the announcement, with President Shawn Tay saying, “Today is a historic occasion not only for b-boys and b-girls but for all dancers around the world. The WDSF could not be prouder to have Breaking included at Paris 2024. … It was a true team effort to get to this moment and we will redouble our efforts in the lead-up to the Olympic Games to make sure the Breaking competition at Paris 2024 will be unforgettable.”

According to SkyNews, the move is part of the International Olympic Committee’s goal to drum up interest in the Games among “a younger audience.” Recognizing breakdancing as a sport is certainly one way to do that (especially for fans of  the “Step Up” franchise who already know Channing Tatum’s moves take loads of talent and practice).

With the addition of breaking, skateboarding and surfing, the Olympics are clearly evolving with the times — and the internet is (mostly) on board with the new changes.

Below, see some of the best reactions to today’s “breaking” news.