ELIJAH Wood brings an element of nuance to the brilliantly unhinged black comedy Come To Daddy.

DVD of the week: Come To Daddy 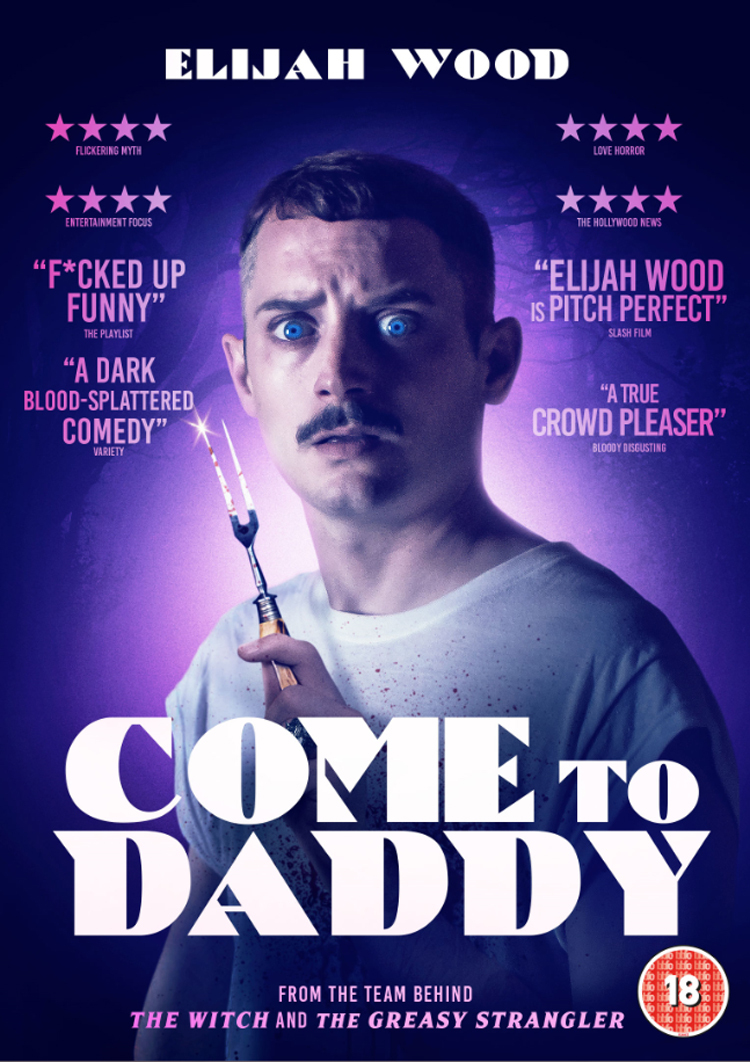 Sporting a bad moustache and even worse haircut, Wood is the reformed, faintly smug music-industry exec lured to a surprise rendezvous with his estranged deadbeat dad Stephen McHattie (Watchmen). At his father’s isolated rustic cabin, Wood soon finds said father figure is not just a drunk but very possibly disturbed.

For 25 minutes of slow-burn, simmering intrigue, Wood and McHattie wage a low-key battle of wills, like a landlocked The Lighthouse, the cabin’s claustrophobic dark contrasting with the stunning surroundings. The mundane is made to seem suspect, even threatening.

Then all hell breaks loose. Things rapidly get darker, weirder and increasingly absurd as this morphs into a taut, tawdry, twisty little shocker.

Brit Michael Smiley (Kill List, Free Fire) brings his comic chops to a spectacularly unlikeable supporting role, also dropping in the most unexpected reference to a certain Tory grandee you will ever hear. 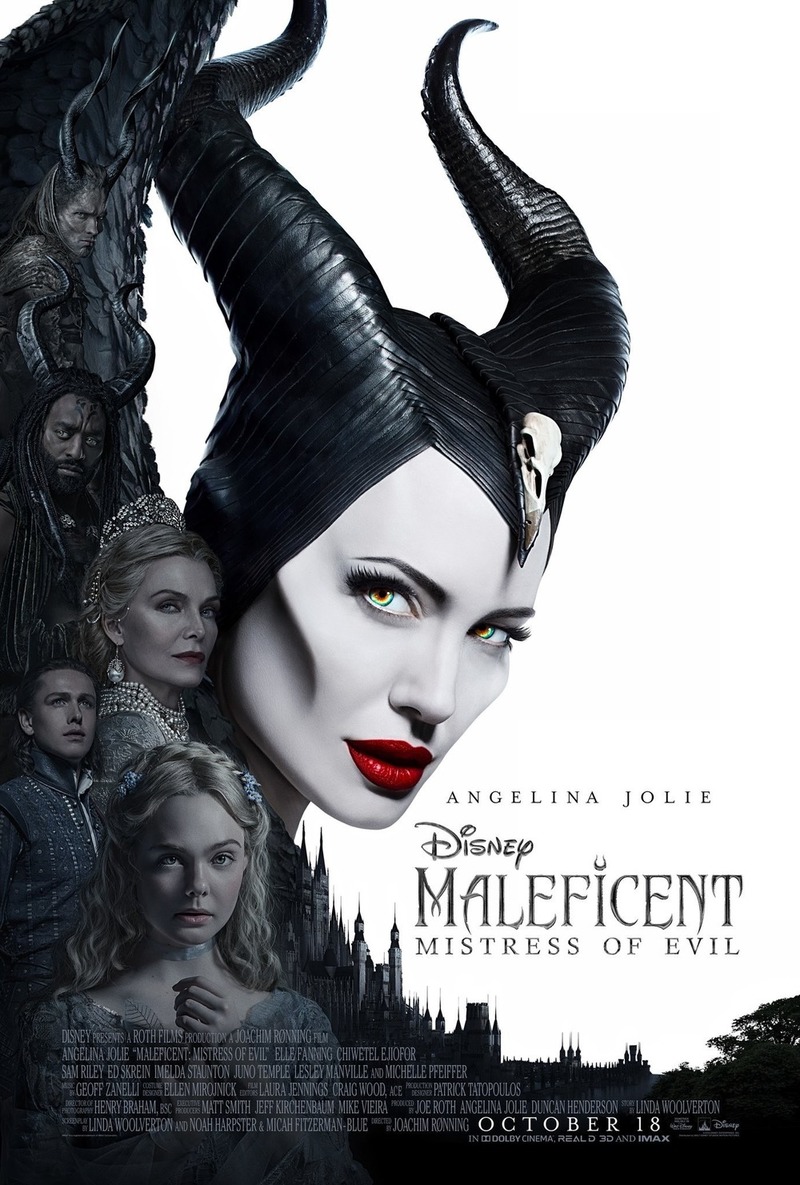 SOME pleasing visual choices (offset by some nauseating ones) are all there is to recommend this simultaneously overblown and underdone fantasy follow-up.

Angelina Jolie and her CGI cheekbones square off (almost literally) with Michelle Pfeiffer’s icy queen in another tale of winged beasties, warring kingdoms and passionless romances.

The meandering shrug of an opening voiceover effectively concedes that none of what follows will make any sense. That promise, if none other, is paid in full.

The characters are bland, the performances stilted, the drama ponderous, po-faced and portentous. It’s hard to imagine even the most hardcore aspiring princesses relishing repeat viewings of this. Only Brit Sam Riley (Control) as Jolie’s irreverent lackey wrings any mileage from the leaden script. 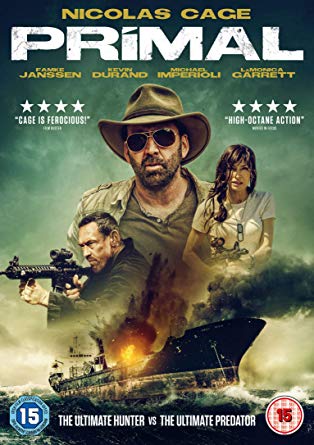 NIC CAGE battling a borderline-superhuman war criminal on a boat full of deadly animals? What could possibly go wrong?

Sadly, the tame execution falls short of that irresistible premise. Cage, as a world-weary animal trapper heading home from the Brazilian rainforest, is carrying more timber than a truckload of illegal loggers. His nemesis is a simpering compendium of tics, verbal and physical, borrowed from better Cage movies, most obviously Con Air and The Rock, only minus the panache.

Michael Imperioli (The Sopranos’ Chris Moltisanti) makes a welcome appearance as a slippery Fed but Famke Janssen has nothing to do except stand around looking alternately sad and embarrassed (actually quite fair challenge for her these days, given all that cosmetic work). Progressive this is not. The closest Janssen’s character gets to taking the initiative is being used as bait clanking pans in the galley.

Just about silly enough to be worth a look, if only for the unusual sight of one man interrogating another by shooting his beloved parrots one at a time. 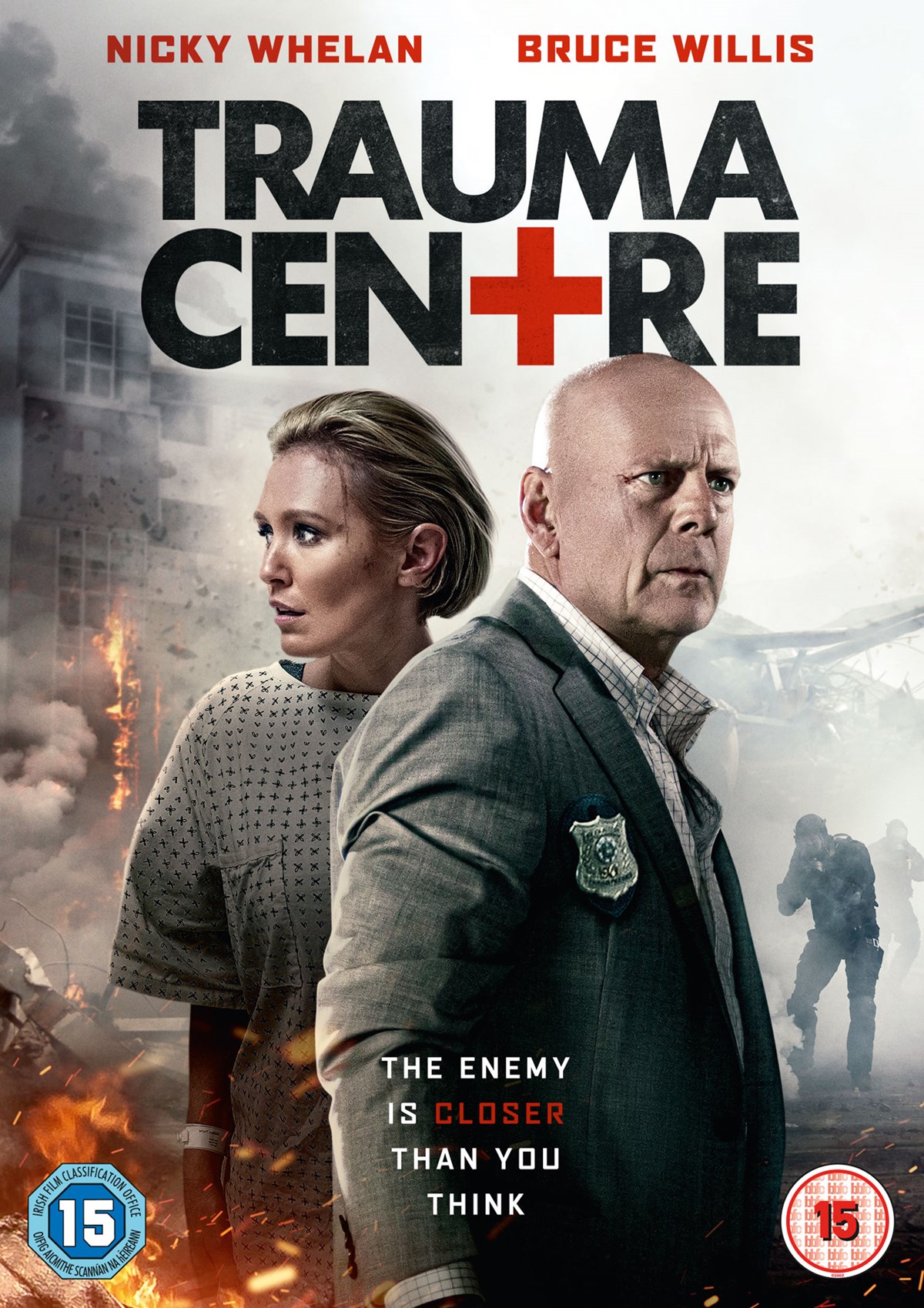 BRUCE WILLIS literally phones in most of his performance in this ungainly bent-cop drama, which at times more closely resembles a slasher movie.

Nicky Whelan is solid enough as the witness to a gangland slaying confined, for tenuous reasons, to the secure wing of a profoundly creepy hospital. As she struggles to evade a couple of ne’er-do-wells in an abandoned ward, Willis plods around outside growling commands into his mobile.

It feels like a cut-and-shut — two halves of different movies that only intersect near the underwhelming climax. Director Matt Eskandari conjures up a couple of tense moments from the unusual setting but otherwise this is functional at best.