Skip to content
HomeTV and MoviesChris Lopez thanks Kailyn Lowry, calls Teen Mom 2 star 'someone special' amid rumors that she's moved on

In a recent Instagram post, Chris Lopez thanked Teen Mom 2 star Kailyn Lowry for introducing him to a book that he feels changed his life.  In the post, Chris also referred to his ex as “someone special”

The social media comment comes amid rumors that Kail has moved on with someone new.

He goes on to say, “Someone special to me told me about this book years ago.  This makes my third time reading this book and I realized by reading with a purpose and applying what this book is actually saying you’ll be amazed at the results you start to see in your life.  Thank you K.R.L.”

Fans have had positive reactions for his kind words toward Kail.  One follower said, “I love how you say she’s someone special to you.” And another added, “So for this appreciation post.”

From the looks of a recent social media post, fans speculate that Kail has moved on.

In an Instagram story, a fan said to Chris, “Looks like she has a new man from her snap there was another man holding Lux,”

To which Chris showed a photo of Lux on an unidentified man’s shoulders.

Chris said, “Are you referring to this? I’m aware lol and honestly as  long as my kids are treated with respect happy loved and cared then it’s none of my business at this point I just want them to be happy.” 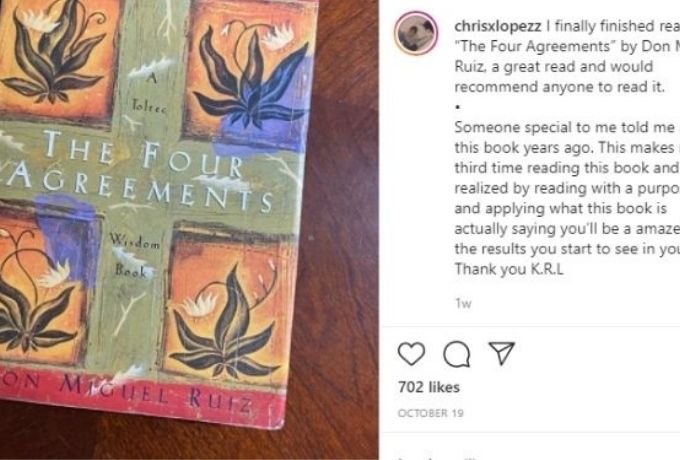 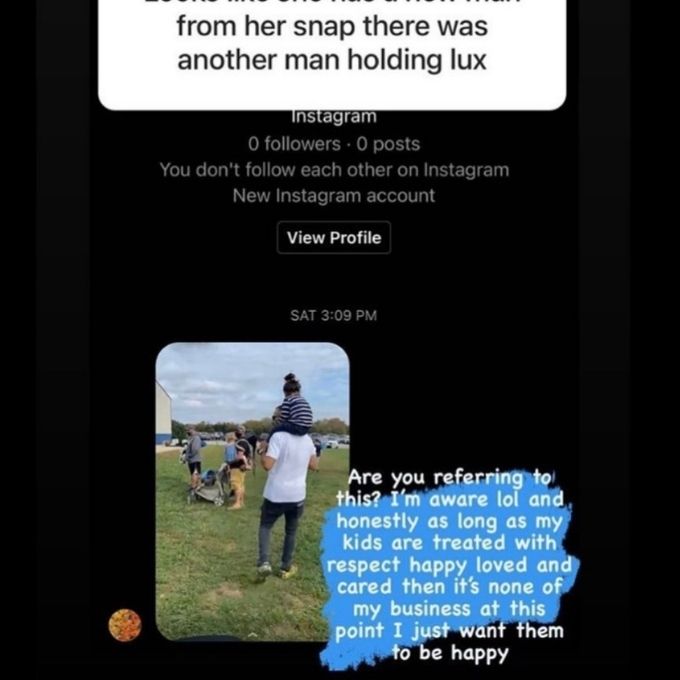 Prior to Chris’s post, the recent episode of Teen Mom 2 showed Kail breaking down in tears over the news she is pregnant with their youngest son, Creed, who was born this past July.

Kail admitted to being scared that Chris wouldn’t be around and that she’d have to go through everything on her own.

Kailyn described her relationship with Chris as “toxic” and said, “I think there’s a lot to be said that I haven’t really talked about in a relationship where domestic violence is there and where it’s just really toxic.  I’m still trying to figure that stuff out.”

She adds, “I know that people will have a ton of questions and are wondering how I could have gone back to someone like that.”

Kail and Chris’s ups and downs

Kail and Chris’s relationship has had many ups and downs. The two have broken up and reunited many times.

Kail has stated publicly that Chris is an absent father, and on an earlier episode of Teen Mom 2, she expressed her desire to move away from her current home in Middletown, Delaware, where Chris lives.

She explained to a friend that she moved closer to Chris in hopes that he would be more involved in their son’s life, but that the move didn’t seem to change anything.

Most recently, Kail revealed on her podcast Baby Mamas No Drama that Chris demanded she take a paternity test.  She admitted to feeling “humiliated” by the request.

While it does not appear the two are on good terms (for now), Chris seems to be softening up after seeing Kail break down in tears.  His recent post thanking Kail could end up being the first step to a healthy co-parenting relationship.