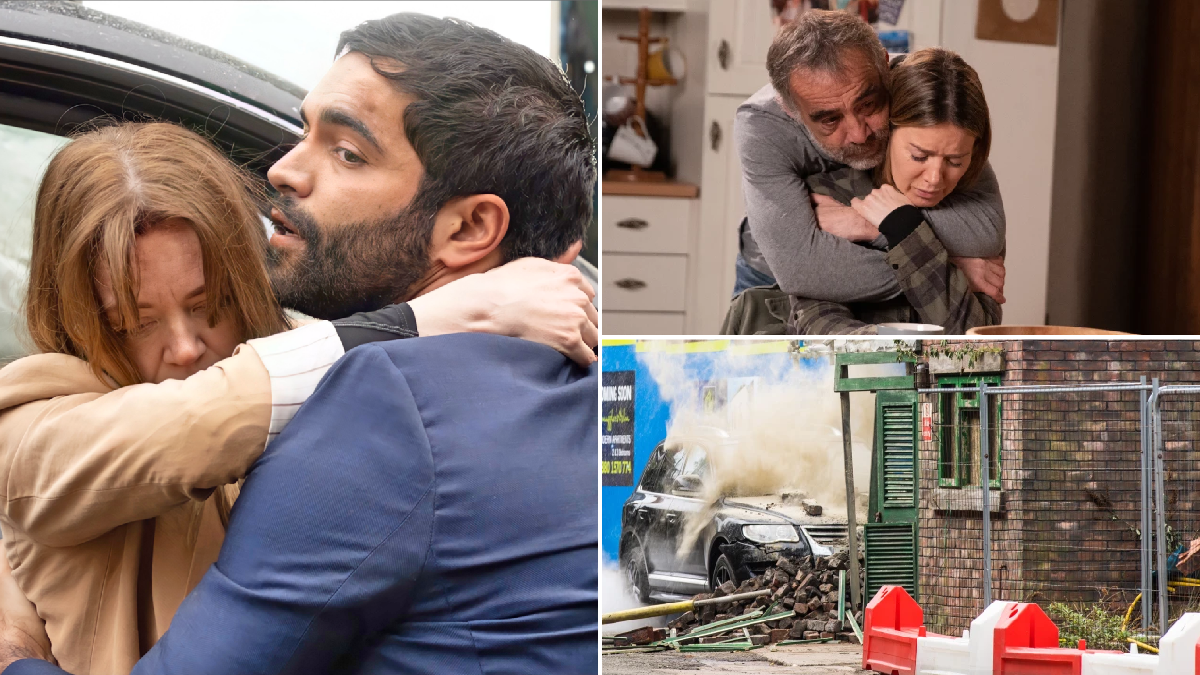 Abi is determined to clear her name and prove that Imran bribed Ben to lie in court but, feeling as though the whole world is against her, she decides that her only chance to be with her son is to flee the country with him.

Imran is having a crisis of conscience, driven by the fact that Kelly Neelan (Millie Gibson) is holding a mirror to his behaviour and he doesn’t like the man he’s become. Aware he’s destroying Abi and unable to bear the guilt anymore, Imran makes the decision to come clean to both the court and Toyah Battersby (Georgia Taylor).

A devastating car crash ensues, and Imran and Toyah are left unconscious. Imran pulls Toyah from the wreckage, begging her not to die, as the ambulance arrives at the crash scene.

Will she be okay?

It’s all kicking off in Weatherfield next week, and we’re bringing you a first look at all the drama set to unfold below, with an action-packed spoiler gallery.

Coronation Street airs these scenes w/c Monday May 30 on ITV.