ITV soap fans have recently seen an unlikely relationship begin between Dev Alahan (Jimmi Harkishin) and Bernie Winter (Jane Hazlegrove) on Coronation Street as the pair have started growing closer. But according to official soap spoilers, after Dev was overheard laughing about what happened, Mary Taylor (Patti Clare) hits out at him. Could Bernie be set to take revenge on Dev after he humiliated her?

In recent scenes on the soap, after Dev was teased by Aadi (Adam Hussain) about his lack of love life, he and Bernie have a fake brunch date.

But, the date escalated further than they expected as the pair headed back to number seven.

Later on, Mary was left feeling uncomfortable when she overheard Dev laughing about what happened with Bernie.

He was joking about the events of the date with pal Steve McDonald (Simon Gregson), claiming he only got intimate with Bernie because he was drunk. 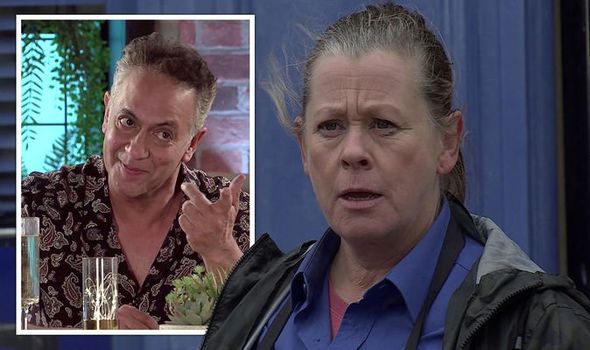 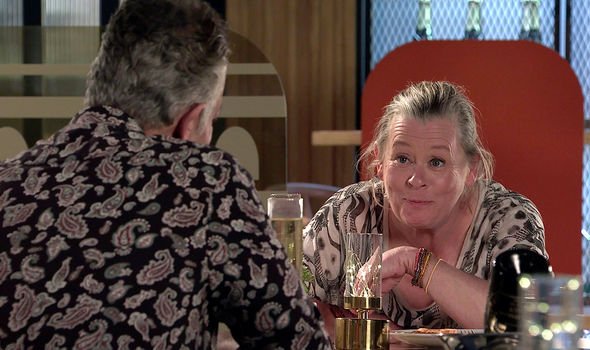 However, in upcoming scenes on the ITV soap, Bernie is set to get her own back on Dev.

After a troubled Mary tells Bernie what she heard Dev saying to Steve, Bernie takes her revenge.

Mary soon tears a strip off Dev for making a fool out of Bernie after their date.

Later on, Dev presents Bernie with flowers and hopes they can still be friends. 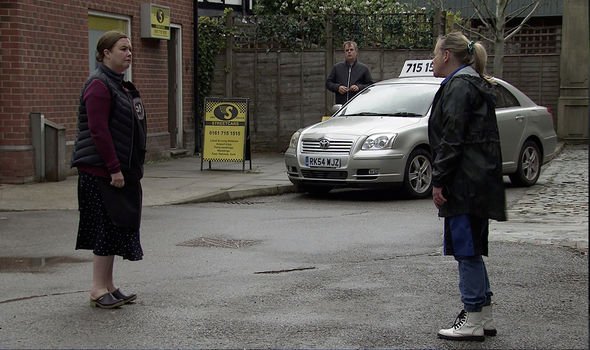 But, how will Bernie take revenge? As she works for Dev at his kebab shop, is there a chance she could take revenge on his business?

If she wanted to hurt Dev, she could follow in the footsteps of Evelyn Plummer (Maureen Lipman) and fake an injury.

If she does, Bernie may end up blackmailing business owner Dev, pressuring him into giving her more pay.

But, how far would she be willing to go with her revenge on Dev?

Actress Jane Hazlegrove, who plays Bernie on the soap, opened up about her relationship with Dev in a recent interview.

The soap star admitted show bosses didn’t actually tell her anything about the storyline.

Jane revealed the first she heard about it was when she opened up her script.

However, the star did confess she was thrilled with the relationship storyline.

She said: “I thought, ‘About bloody time!’ It’s great that it’s going to be Dev.”

When asked if she thought Dev and Bernie were a good match, Jane said: “Yes, I think they are. Bernie and Dev both like a giggle, and they enjoy having some fun.

“As two consenting adults, they’re bang up for it!”

She also teased the possibility of Bernie demanding better working conditions and pay after her date with boss Dev.

“If Bernie sees an opportunity, she will grab it with both hands,” Jane told Inside Soap.

But, how far will Bernie be willing to go as she takes revenge on her boss? Viewers will have to tune in to find out.