Elaine (played by Paula Wilcox) has been struggling to find her feet of late on Coronation Street, having moved out of Yasmeen Nazir’s (Shelley King) house earlier this week and moving in with her son, Tim Metcalfe (Joe Duttine). It seems all the upheaval gave her a lot to think about and, in particular, her future living on the cobbles after first appearing on the ITV soap a year ago. This led to her exit from the show at the end of the latest episode but with such an emotional farewell being broadcast, is the character going to die off-screen?

The drama kicked off during Friday’s episode as Elaine tried to get settled into the Metcalfe household but things didn’t go quite to plan.

After walking in on Sally Metcalfe (Sally Dynevor) and Abi Franklin (Sally Carman) talking about Seb Franklin’s (Harry Visinoni) funeral, she proceeded to make Tim a Full English breakfast for his lunch.

Unfortunately, she was berated by her daughter-in-law for putting her son’s health at risk as he has an underlying heart condition.

With this in mind, she headed over to Speed Daal to hand in her notice as she decided she was going to move back to Bolton.

Discussing her plans with Tim, the mother-of-one watched as her son pleaded with her to stay on the cobbles with him. 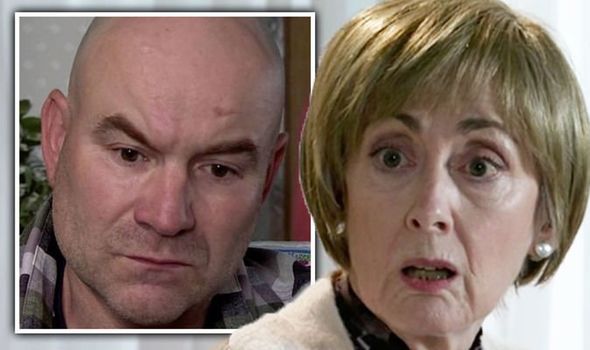 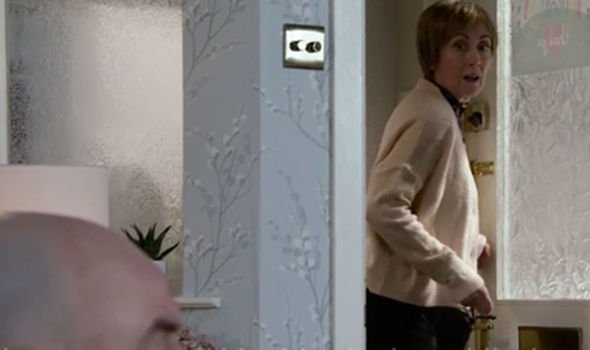 “Well, you’re not actually leaving, are you?” Tim asked his mother, who replied: “Yes, I’ve got someone sorting out my flat so there’s no reason why I can’t go home.”

“It’s not because of Sally, is it? She always gets funny about my diet,” the taxi driver asked to which Elaine pointed out a few things she had done wrong.

“Sally’s right about your lunch but, you know, she doesn’t like the way I fold the towels or the fact I forgot to use a coaster on the coffee table.

“I just feel in the way, generally,” she added and her son quickly realised what was happening before trying to stop his mother from going.

“Well, I feel in the way all the time. It’s just Sally, you’ve just got to get used to it, haven’t you?” he told her. 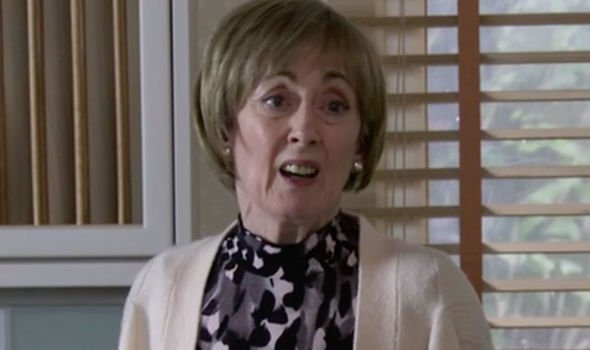 “I’m not leaving because of Sally. I just think it’s time I picked up my own life again,” Elaine explained, referring to how she came to Weatherfield to help bring down her ex-husband, Geoff Metcalfe (Ian Bartholomew).

“Well, haven’t you got a life here with me?” Tim asked her and she replied: “Oh, Tim. You’ll always be a part of my life.

“You’re my son but it doesn’t mean we have to live together. Anyway, you’d soon find me getting under your feet.”

“Well, I don’t want you to go,” he exclaimed with puppy dog eyes before his mother reassured him she would be back.

“It’s only Bolton and I’ve still got my shares in Speed Daal so I’ll be popping back. Taking you out to eat there, my treat.” 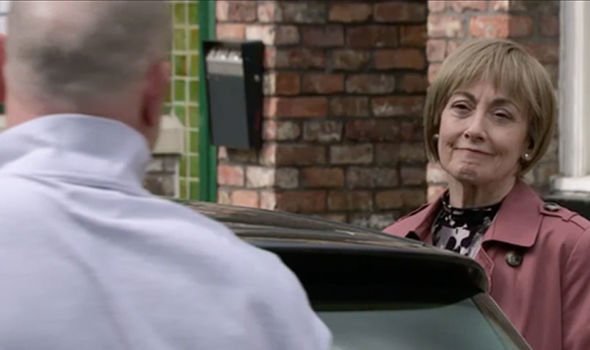 “I think it’s for the best, love,” she said, and later on, Elaine was seen thanking her daughter-in-law for her hospitality.

Once again referring to Geoff, she told Tim’s wife: “Sally, I just want to say thank you for everything and thank you for believing me right from the off.

“Yasmeen is lucky to have you and so is my son,” she added before Sally told her they would be seeing “lots of her” in the future.

“Exactly, so it’s not so much a goodbye as au revoir,” the mother-of-one remarked before packing the rest of her things.

Towards the end of the episode, Elaine and her son shared one last precious moment together ahead of her emotional exit.

Speaking to Tim, Elaine said: “I won’t say goodbye, I’ll cry and I’m only a short drive away anyway. No hugs, no kisses.

“It will be like I’ve just gone to the shops. But, you should know this. I love you, very, very much and I’m proud of the man you’ve become.”

The pair then agreed that Elaine would dial the landline and let it ring out three times to alert her son as to when she got home.

This seems to be the last viewers will see of the beloved character for now but could there be plans for her to die off-screen?

The way in which she was adamant in telling her son how much she loves him could be an indication of a more permanent departure.

Viewers will know some characters make guest appearances on the show and are never written out completely until their storyline comes to a natural end.

With Elaine tying up all the loose ends over the last few days, it seems she won’t be in any hurry to make a return in the next few weeks.

As she gets used to living on her own again, the beloved character could be involved in a freak accident that leads to her untimely demise.

Tim could learn of his news over the phone as he becomes her next of kin and he would be heartbroken by the loss?

Will there be more heartbreak for the Metcalfe family as they lose another member of their clan?