Skip to content
HomeTV and MoviesDan Walker defends himself after haranguing Robert Buckland ‘Not trying to catch you out!’

Dan Walker and Sally Nugent were on the BBC Breakfast sofa this morning and the main topic was the rules surrounding face masks and coverings in England, after Prime Minister Boris Johnson said it should be compulsory to wear masks in shops. However, this was then rebuffed by Michael Gove who said it should not be mandatory. Walker spoke to Justice Secretary Robert Buckland about the “confusing” guidance but was forced to defend himself during the debate.

Walker began: “One area of confusion this week is the wearing of face masks and covering.

“Because people have seen Boris Johnson talking about a stricter approach but then Michael Gove explained yesterday that wearing masks in shops shouldn’t be made compulsory.

“Can you clear this up for us? What is the government’s position on the wearing of face masks?”

Mr Buckland explained: “Don’t forget that the advice we have given when we relaxed the two-metre rule to one metre was that one metre should be met with mitigations and actions that might minimise the outbreak-” 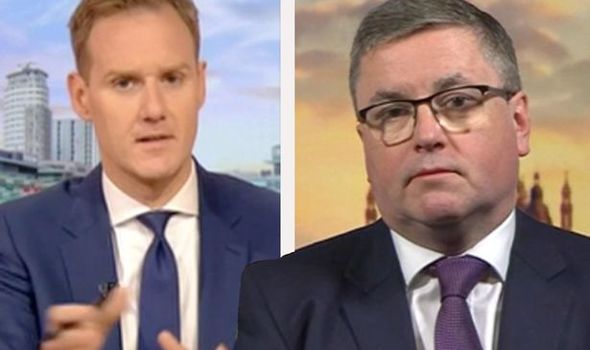 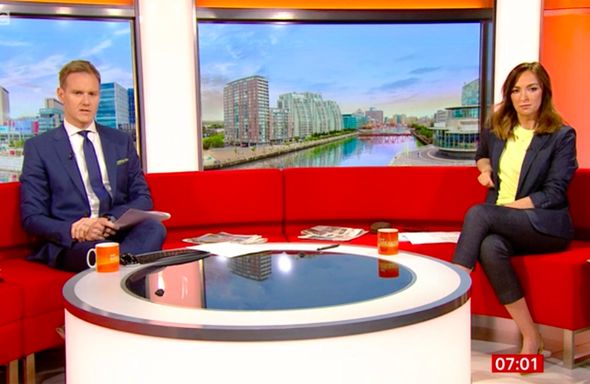 Walker interrupted: “Can you see there is a lack of consistency between what the Prime Minister said and what Michael Gove said yesterday?”

Mr Buckland continued: “Well, what Michael was saying was that even though it shouldn’t be mandatory he said it made imminent sense, it was courteous and good sense to wear a mask.”

Later in the conversation, Walker wanted more clarity on what the rules actually meant for those living in England at the moment.

He asked: “Do you wear a face-covering in a shop now?” 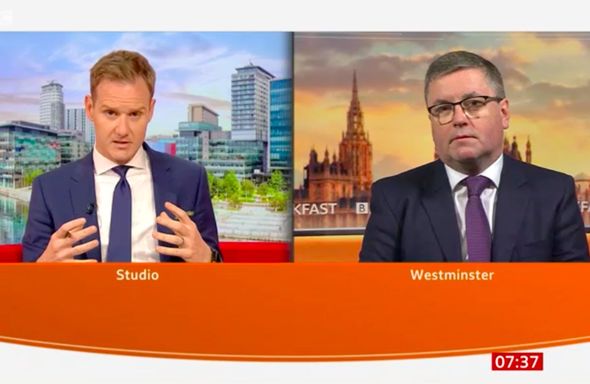 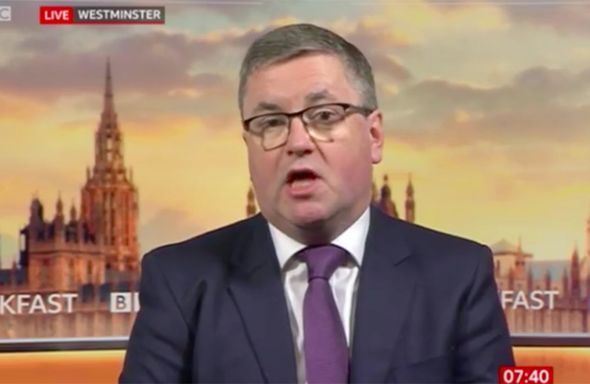 Mr Buckland replied: “Yes I do, and I carry one with me.

“I think outside is one thing when it comes to social distancing but in a small shop is a very sensible place to wear a mask.

“It protects people working in the shops and also anyone else you might come into contact with, people you have never met before.

“And, let’s not forget that now more and more of us are coming into contact with people we haven’t met and therefore I think a mask is an additional helpful mitigation that isn’t just an act of courtesy I think it’s about increasing safety and public confidence.”

Walker quickly jumped in: “I’m not trying to catch you out with these questions, by the way, I am just interested as to what you yourself are doing.

“Would you wear one in a supermarket? You said a small shop but what about the supermarket?”

Mr Buckland added: “I think having one with you and wearing one into a supermarket is a good idea.

“I think the best thing is to carry on wearing it and I think if the supermarket is busy then wearing it is absolutely sensible.”

Walker probed deeper: “I find it just an interesting debate and I am sure many of our viewers are having this discussion but you say you are trusting the British public.

“I know things are slightly different in the different nations but you are giving quite strict advice about wearing coverings on public transport but not the same sort of advice when it comes to shops, why is that?”

“On public transport, you are standing or sitting fixed sometimes for a long time,” added Mr Buckland, “You might be near to the same person or people for a long period of time, it might be hours.

“But with shops, people are always moving about, people come and go and some people are only there for a few minutes.”

BBC Breakfast airs on BBC One daily at 6am.