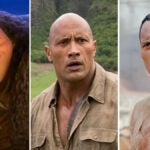 Jared Stern, who wrote the very good “The LEGO Batman Movie,” makes his directorial debut, working off a script he co-wrote with collaborator John Whittingham. The animation for “DC League of Super-Pets” is provided by Australian studio Animal Logic, which also provided the genuinely amazing animation for “The LEGO Movie” (and its subsequent installments) and the “Happy Feet” films. So yes, you should be very excited.