Skip to content
HomeTV and Movies‘Dickinson’: Inside the Opera Houses and Drawing Rooms of the Hit AppleTV+ Comedy 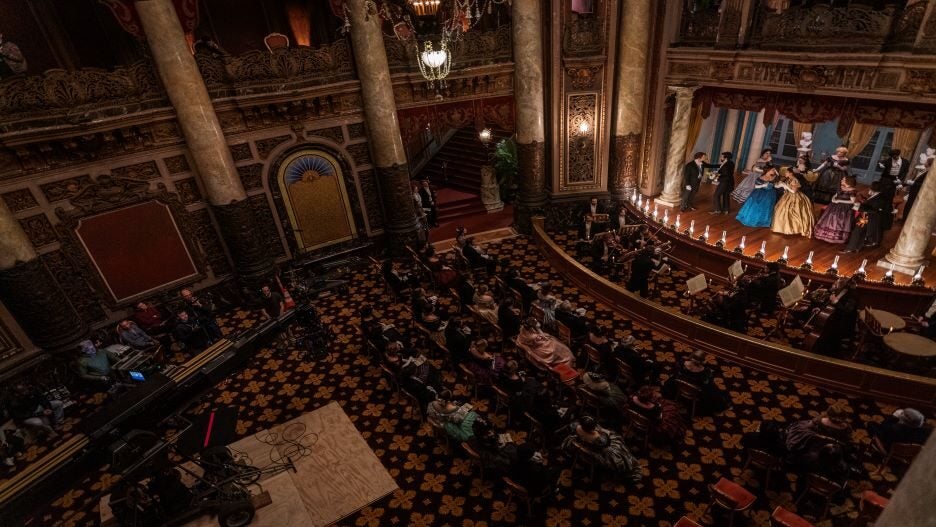 A version of this story about “Dickinson” first appeared in the Comedy & Drama Series issue of TheWrap’s awards magazine.

“If you take care of the small things, the big things take care of themselves,” poet Emily Dickinson once said, and designing a cheeky narrative surrounding her young life is absolutely no different. The AppleTV+ comedy “Dickinson” is tonally unlike most rooted-in-biography television series–a ribald, purposefully anachronistic creation, where men call each other “bro” and “dude” set against a pristine, period-specific backdrop yielding a true fidelity to the lives of its subjects, especially headstrong young Emily (Hailee Steinfeld). It’s not for nothing that half of the cast of Netflix’s “Big Mouth” has appeared on the show at some point.

But production designer Neil Patel insists that history always informs the creators. “Every show has its rules, and then the rules are meant to be broken. Our rule is generally that we try to be period correct. So, the style of the show is meant to be appealing to modern 2021 eyes, but true to the time,” says the theater vet, who has designed dozens of TV shows, stage shows, installations and operas. “This show is funny and irreverent and kind of radical in its vision. So that really informs what we do.” 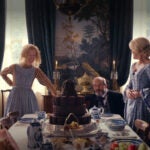 Patel joined “Dickinson” for its second season, which furthers the self-discoveries of young Emily, including the exploration of her burgeoning sexuality and a pronounced ascent into poetry notoriety. This shift also meant amping up some of the scenic design, especially in the creation of the Evergreen, an estate built for Emily’s brother Austin (Adrian Blake Enscoe) and fiancée Sue (Ella Hunt) and one of the key locales for all the town gossip and intrigue. “That was the touchstone for the season. The parlor was actually scripted to be red, but we felt it would be hard to sustain for entire episodes,” Patel says. “And the house was called Evergreen, so we settled on a blue-green/gold palette that ended up being kind of perfect.” 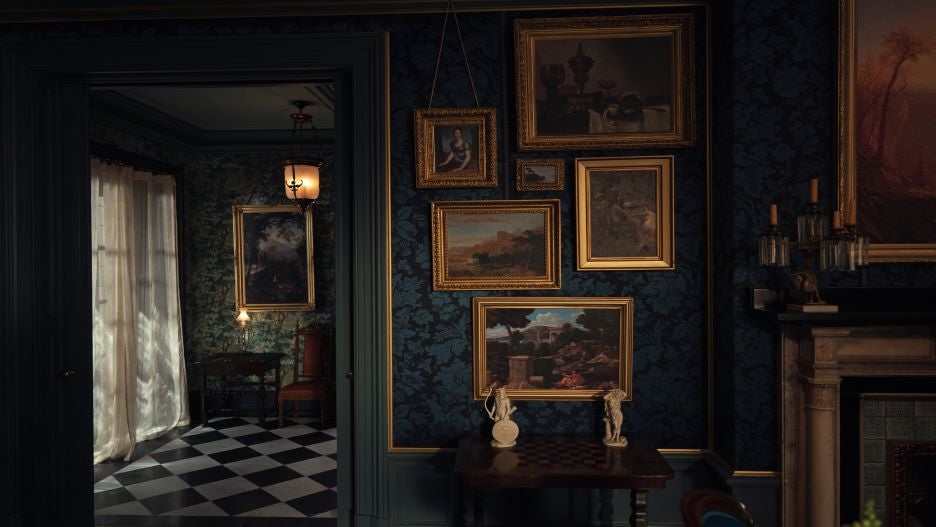 But the pièce de resistance in Season 2 involves the Dickinson clan attending an Italian opera for the first time, much to the chagrin of Emily’s fussy parents (Toby Huss and Jane Krakowski). And given Patel’s extensive background in designing for the opera, it had to be done just right. “It really needed to be a horseshoe-shaped European style opera house, which did exist in the United States [in that era], but unfortunately most of them burned down,” Patel says, a fact that is mentioned in a passing joke in this season about how old buildings incinerate all the time in this era. This sequence was crafted from an existing space with Patel and Co. calibrating to period-accurate sightlines and tiers, using the historic, ornate Loew’s Jersey as their backdrop. 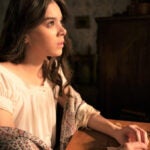 “My biggest concern was that the relationship between the boxes where our characters are sitting and the orchestra below were correct, that we weren’t going to have to cheat them with visual effects”, Patel says. “So, the point of view of Emily to the performance is real, and the eyeline between the characters is also real.” 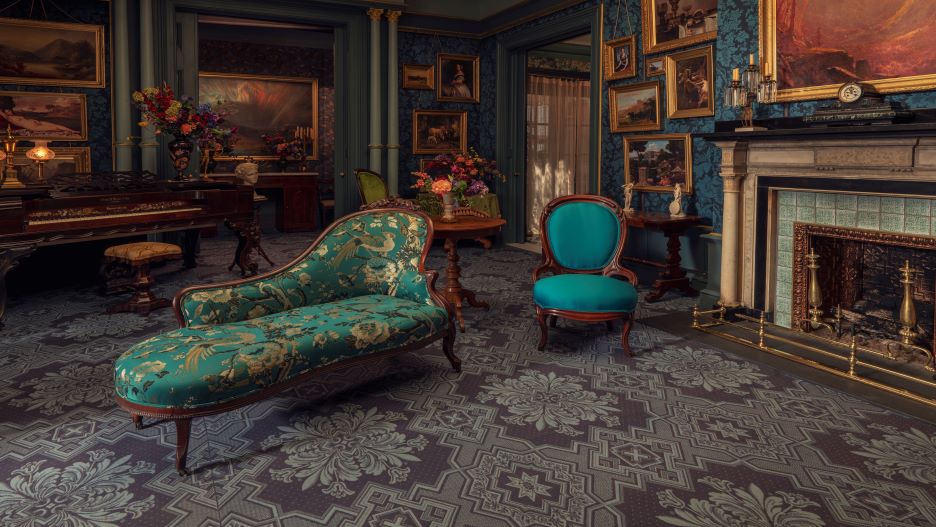 Because Patel came up in theater, the attention to detail even extended to the actual stage and the nether regions, which were given a spruce-up from their typically unremarkable dimensions. “The thing is, most backstages are actually pretty boring and pretty crap[py]. They’re very tiny and utilitarian, so I kind of wanted to create a fantasia for the artisans working within, so that it’s kind of like a labyrinth that leads to the dressing rooms,” referring to a key scene in which Emily roams the wings and gets key life advice from the opera’s leading lady (Kelli Barrett), culminating in Emily’s newfound sense of confidence. 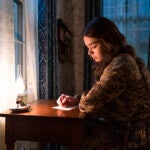 Patel is excited for people to see what Season 3 has in store, given that the Civil War underpinnings are just starting to make their way into Season 2. “It has a more subdued, somber tone visually, but it’s incredibly ambitious,” he says. “It’s gonna blow people away; we go to a lot of incredible places.”

“Dickinson” is available to stream on AppleTV+ 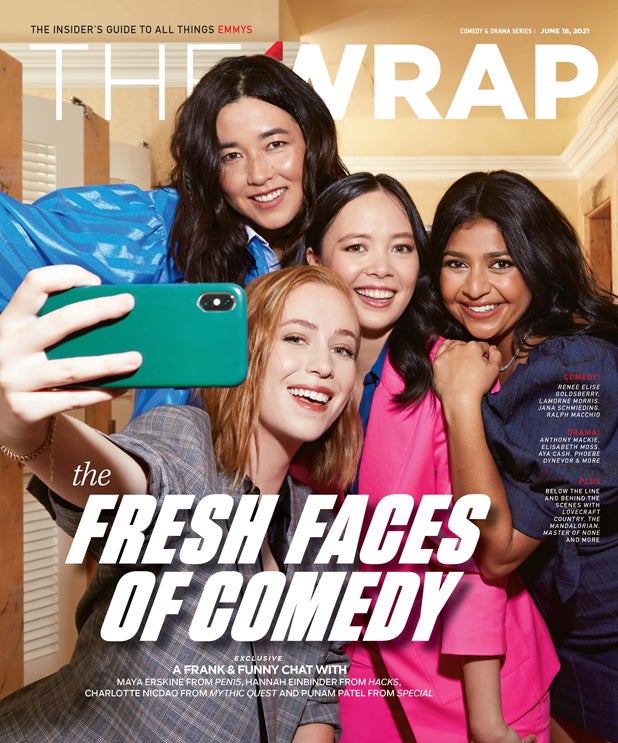