Skip to content
HomeTV and MoviesEastEnders' Isaac hints he will kill Ruby after accusing her of murder? 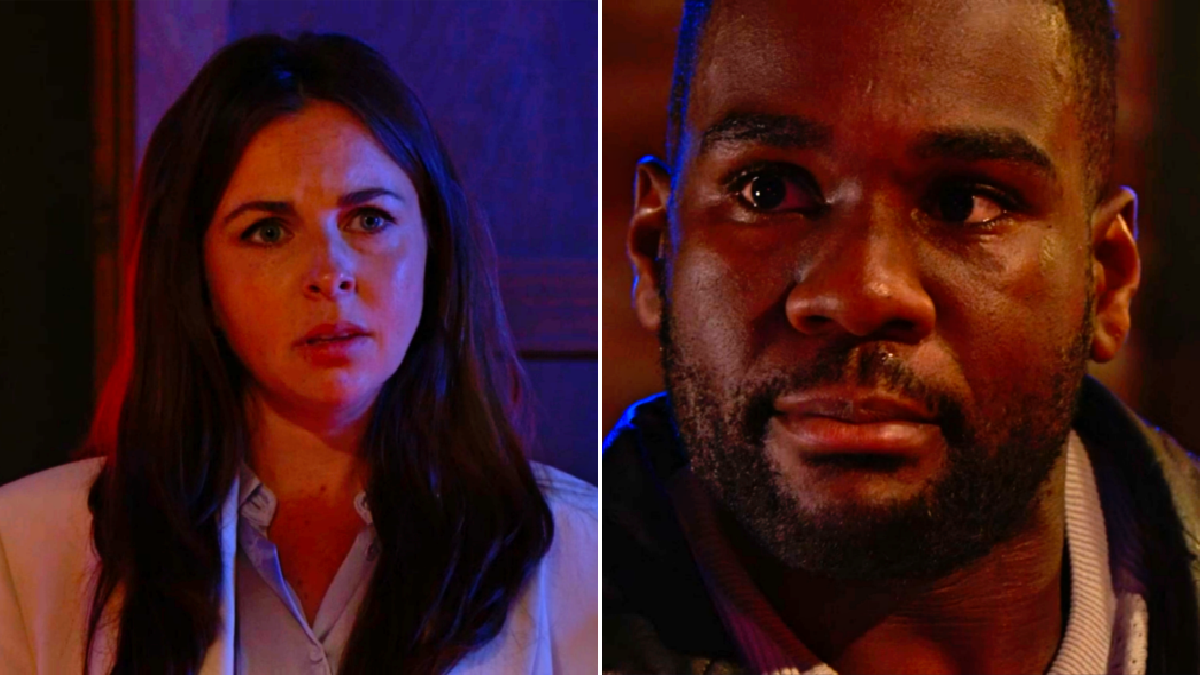 Isaac Baptiste (Stevie Basula) branded Ruby Allen (Louisa Lytton) a murderer in EastEnders tonight (July 28), claiming that she had a role to play in the death of his brother Paul Trueman (Gary Beadle).

Issac, who has been diagnosed with schizophrenia, decided to stop taking his medication several months ago, much to the dismay of girlfriend Lola Pearce (Danielle Harold).

He told Lola that he would be fine, and that if she was ever worried or concerned about him, then he would start taking his meds again.

In the months that have followed, the teacher has become obsessed with his brother Paul, who died back in 2004.

Isaac never met Paul, but he became convinced that Johnny Allen, Ruby’s dad, had a role to play in his murder, and therefore he’s become hellbent on proving such a thing.

He’s resorted to extreme action in order to prove his theory, including breaking into Ruby’s in order to retrieve her father’s business diaries.

The young man showed Lola his extensive research, which he’s stored up at the allotment, during the first of tonight’s two editions of the BBC One soap.

Lola was left in shock, and begged him to go back on his medication.

Isaac, heartbroken, agreed to do so. However, he had no intention of letting his investigation go, and in the second visit to Walford, he locked Ruby in her office at the club, and accused her of covering up Paul’s death.

Lola, worried about her boyfriend, told both Patrick (Rudolph Walker) and Denise Fox (Diane Parish) about Isaac’s decision to stop taking his medication, and they raced to the club.

Jean Slater (Gillian Wright), who had been cleaning the club when Isaac arrived, successfully talked the young man into letting she and Ruby out of the office, just in time for Patrick and Denise to arrive.

Isaac was hurt when he discovered that Lola had told Patrick the truth, before claiming that all of them ‘were in on it’, referring to the covering up of Paul’s murder.

‘I found the truth!,’ exclaimed Isaac, ‘and once it comes out, when everyone sees [Ruby] for what she is, you’ll regret betraying me!’.

Patrick, Denise and Lola watched on, heartbroken that Isaac is so unwell.

But with Isaac desperate to get revenge on Ruby, just how far will he go?

EastEnders continues Thursday July 1 at 7:40pm on BBC One. All of this week’s episodes are now streaming on BBC iPlayer due to scheduling disruptions caused by Euro 2020.