Skip to content
HomeTV and MoviesEastEnders spoilers: Ben Mitchell teams up with former villain – but will they kill Phil?

Ben (played by Max Bowden) has never had the easiest of relationships with Phil (Steve McFadden) on EastEnders, but the end of last year saw the pair seemingly bury the hatchet. However, the events of the boat party disaster last month saw the father and son turning on each other once more. As the consequences of the tragedy continue to ricochet around Walford, the youngster will be visited by a former adversary. Holding a grudge against the BBC soap icon, will the gangster make a deal with the devil to kill his dad?

The 35th anniversary saw the love triangle between Phil, his wife Sharon Mitchell (Letitia Dean) and her toyboy lover Keanu Taylor (Danny Walters) finally reach a head, with the hardpan gunning for blood over the betrayal.

As he fought with the father of his wife’s baby, the gangster was putting the life of Ben’s boyfriend Callum Highway (Tony Clay) in jeopardy.

Desperate to know where his partner was, the youngster stopped his dad from killing the expectant father, but this lead to the boat they were on colliding with a barge and leaving lives in peril.

As a result, Ben lost his hearing and is now completely deaf, with recent scenes showing him struggling to come to terms with his diagnosis.

With Phil being a key player in the events leading up to his hearing loss, will Ben seek revenge by teaming up with Danny Hardcastle (Paul Usher)? 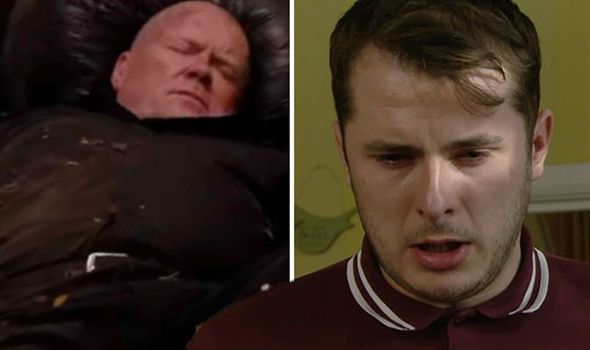 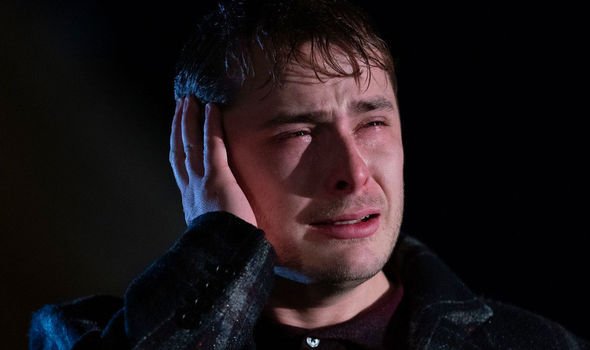 Former villain Danny made a handful of appearances last year, arriving as an adversary to Phil, a man with whom he made dodgy dealings.

Ben actually worked with the criminal behind his father’s back, but this lead to the kidnap of his little sister, Louise Mitchell (Tilly Keeper).

After rescuing his sibling, the young gangster may have thought he’d seen the back of the felon, but the ghost from his past will rear their head once again.

Following the news about his hearing, Danny’s face is the last one he would want to see, but the ruthless character has plans for his rival’s son. 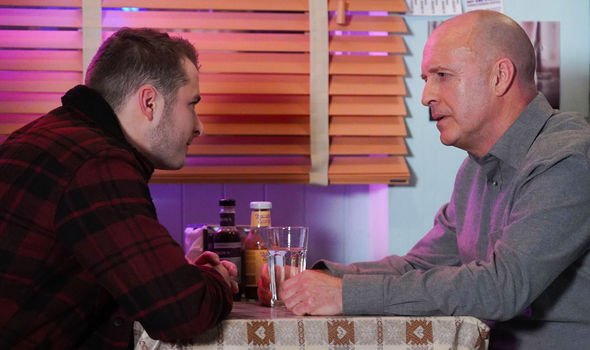 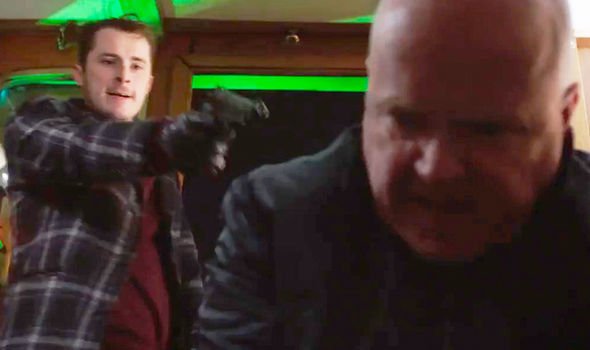 Meeting with Ben, the villain will shock the youngster with a proposition, but could this be to bring down Phil once and for all?

Since the events of the boat party, the Walford gangster has been no-where to be seen, having arrived back on the Square to get rid of Keanu.

However, he might not want to step back on home turf as his son plots revenge for being a cause of his hearing loss.

With Danny on side, could the youngster be more dangerous than ever and take his chance to kill his father once and for all?

Speaking about his return to the soap, Brookside legend Paul Usher, 58, said: “I’m thrilled that Danny Hardcastle has returned to EastEnders and yet again he is causing havoc in his typical menacing way.

“I am really looking forward to the viewer’s reaction as the story unfolds.”

Viewers will have to wait until later this month to see if the villain makes a killer demand to the youngster.

Taking to Twitter, fans of the Walford based drama have aired their opinions on the return of Phil’s enemy.

One posted: “I suspected Danny Hardcastle would be back at some point, the way his scenes came across was very ‘he will be back’. I guess Paul Usher was committed to other things #EastEnders.”

Another added: “Part of me thinks the deafness story may pave the way for Ben’s exit, seems unusual that Danny Hardcastle is coming back #EastEnders.

In upcoming scenes, Ben will also meet a newcomer to the Square as he tries to adjust to life in light of his diagnosis, with his boyfriend Callum calling on the help of the soap’s first deaf character.

The character only known as Frankie (Rose Ayling-Ellis) will communicate with her friend via sign langue, yet another landmark achievement from the soap.

EastEnders continues tonight at 8pm on BBC One.