JEAN Slater sets her sights on bringing daughter Stacey Fowler back to Walford and tries to make Phil forget she attacked him with a wrench.

The cleaner has binned her bipolar medication and keeps surprising her friends and family with erratic outbursts. 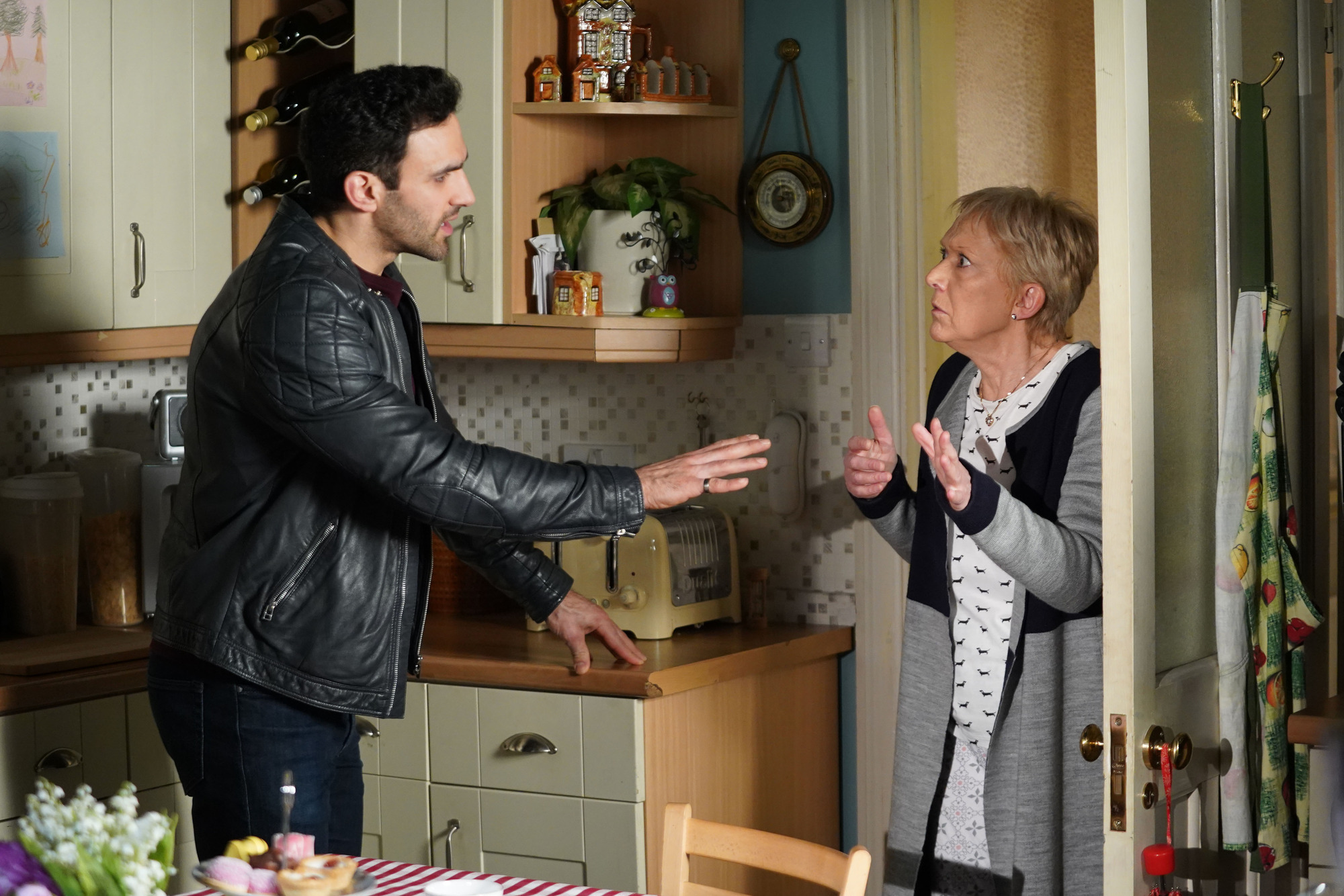 EastEnders viewers know that Jean has been struggling to cope in the wake of Daniel’s death.

Things took a turn for the worse when Jean binned her medication and started experiencing extreme changes in mood.

Kush grew suspicious when Jean convinced herself that Daniel had returned from the dead – again – when she received a posthumous present from him.

The present arrived in the form of a huge box, leaving Jean panicked that Daniel had faked his death again.

Later when Tommy played the piano – which had been in the box – Jean thought it was Daniel who was playing it for her and began to fret that he was back to haunt her.

Kush and Shirley then decided it was time for an intervention when Jean referred to Whitney as Stacey.

The cleaner had also reported Whitney's disappearance to the police – despite her return to the Square.

Kush and Shirley guessed Jean had binned her pills and decided to put the medication in her tea.

But their actions had disastrous consequences as Jean ended up in hospital after having an seizure from the overdose Kush had given her.

Next week’s episodes of EastEnders will see things continue to worsen as Kush tries try to get through to Jean.

When he turns to the Panesars for help getting into the house, Jean is furious about their invasion and demands they leave immediately.

But just as they’re about to follow Jean’s wishes and depart, Mo makes a worrying discovery and insists that Kush intervenes.

Later, Jean sets about trying to bring Stacey home and announces she’s going to speak to Phil to convince him to forget what Stacey did.

Viewers will remember that Phil banished Stacey from Walford after she nearly killed him with a wrench to protect her husband Martin.

Shirley tries to talk Jean out of it but to no avail.

Everyone worries about Jean as she dresses up to try and impress Phil and get him wrapped around her little finger.

Shirley urges Kush to call Stacey and resolve the situation.

Will he ask Stacey to return to the Square?

Tom Schwartz Is Still in 'Denial' Over Stassi and Kristen's Firings
This website uses cookies to improve your user experience and to provide you with advertisements that are relevant to your interests. By continuing to browse the site you are agreeing to our use of cookies.Ok