Fans of EastEnders are still reeling from the 35th anniversary week, which saw Denny Rickman (played by Bleu Landau) drown after he was trapped on the sinking boat, but this isn’t the end of the drama for the Albert Square resident. Stuart Highway (Ricky Champ) could be set to leave Albert Square for good when Rainie (Tanya Franks) betrays him, threatening his place on the BBC soap.

Rainie and Stuart have had a rough ride over their time on EastEnders and more recently Stuart had to deal with Callum Highway’s (Tony Clay) disappearance.

As viewers know, Keanu Taylor (Danny Walters) held Callum hostage to get back at the Mitchell boys.

But when no one could find Callum after he took a nasty fall in the warehouse he had been tied up in, Stuart threatened to kill Ben Mitchell (Max Bowden) if he didn’t find him.

In the end, Callum was found but it shook Stuart up and he is still feeling the effects of it. 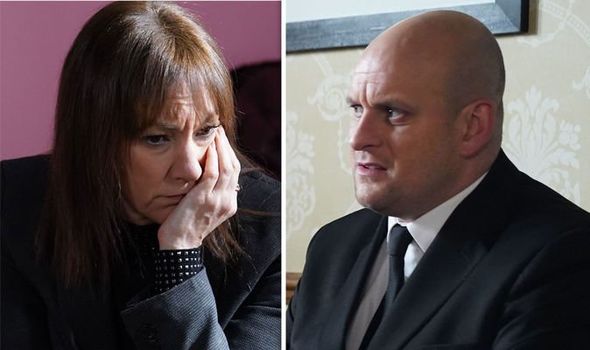 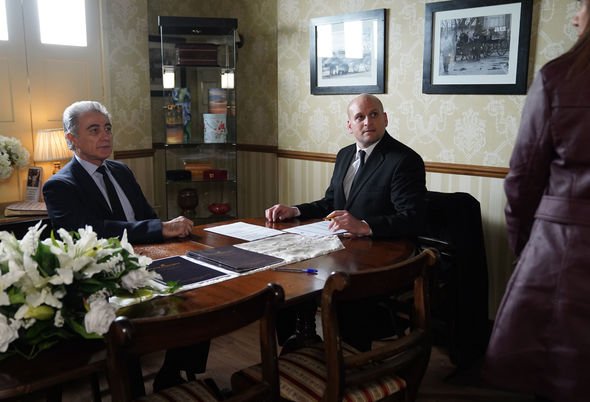 However, in upcoming scenes, Stuart is looking to propose to Rainie but his plans could be thrown into jeopardy when a face from her past turns up.

Rainie, a former drug addict, and prostitute has been in a good place recently after relapsing with Stuart by her side.

But on Albert Square, a face from the past is never too far away and when an old client turns up, her old life starts to threaten her sobriety.

Stuart will be understanding but will Rainie turn Stuart’s marriage proposal down threatening his place on Albert Square for good? 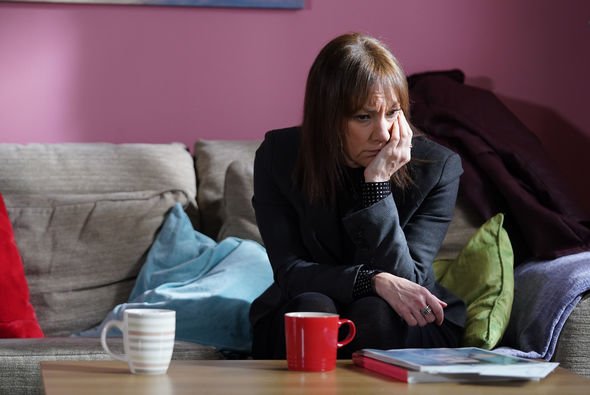 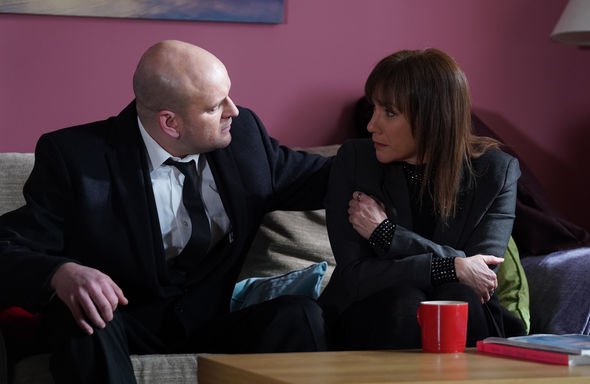 Stuart will take her out for lunch to try and cheer her up, but when Linda Carter (Kellie Bright) and Mick Carter (Danny Dyer) turn up, things will go from bad to worse.

Linda of all people should be a little more understanding of Rainie, as she struggles with her own addiction problems.

But Linda will start belittling Rainie and when the latter snaps back they two get into a heated debate.

Will she be able to go through with it or is this the end of Stuart’s time on Albert Square?

Elsewhere on the Square, the stress of Whitney Dean’s (Shona McGarty) murder case is getting to Gray Atkins (Toby Alexander Smith).

Viewers have watched in horror over the last few months as Gray’s abuse towards his wife Chantelle (Jessica Plummer) has worsened.

However, in upcoming scenes, Gray will attack his wife when he gets suspicious that she has been talking to her dad about Gray’s behaviour.

It will quickly become clear that Chantelle hasn’t said a word, but the damage will already have been done.

But fans want to know how the storyline will end and if Gray will finally get his comeuppance.

One viewer tweeted: “Chantelle needs to be free from Gray and soon. People should know what a manipulative violent excuse of a human being he is.”

Another added: “Can’t believe gray is gonna beat up Chantelle again this is so heartbreaking hope she leaves him  bit safe for her and the kids it’s so hard to watch but such an important storyline breaks my heart to think things like this are  happening in real life #eastenders”

“Scares me every time there’s a scene where gray and chantelle are on their own,” explained a third.

Someone else continued: “Gray is going to take this pressure out on his wife and his children. The Gray/Chantelle storyline is about to take a dark turn…  #EastEnders.”

EastEnders continues on BBC One tonight at 7.30pm.