Emmerdale fans saw an almighty showdown between DI Mark Malone (played by Mark Womack) and Will Taylor (Dean Andrews) occur this week as the storyline between the corrupt cop an his minions reached its climax. With Malone’s body laying lifelessly on the floor, it seems his exit could be paired with Harriet Finch’s (Katherine Dow Blyton) after the two characters teased such possibility during an interview with Express.co.uk.

Viewers have been calling for Malone to leave the village ever since he decided to go up against Cain Dingle (Jeff Hordley).

When asked what is making his character stay in the Dales, the actor who plays him said: “It’s definitely Harriet.

“Also, I think he sees opportunities to use Cain, use Will, use Billy to his own ends – for future endeavours.

“I think he’s got there and thought, ‘This is perfect, it’s a nice, quiet place that’s tucked away and I can get up to all kinds of bad stuff! Nobody is going to notice!’” Mark added. 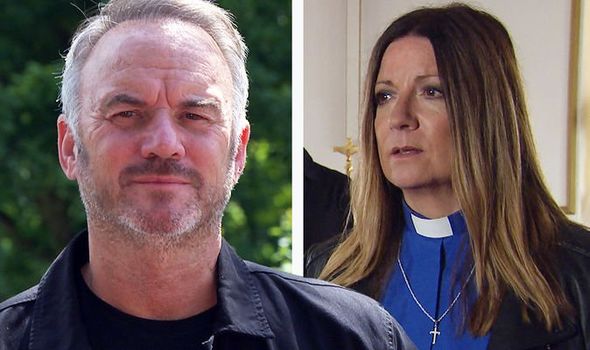 It seems the only way to get rid of Malone is to get rid of Harriet, does this mean the pair could sail off into the sunset together.

It comes after official soap spoilers have revealed how Malone will offer the village vicar a proposition.

Viewers will see the bad boy tell Harriet he can’t let her marry Will, insisting he is in love with her.

He will suggest they run away and start a new lifer together, which only leaves Harriet reeling because of her commitments. 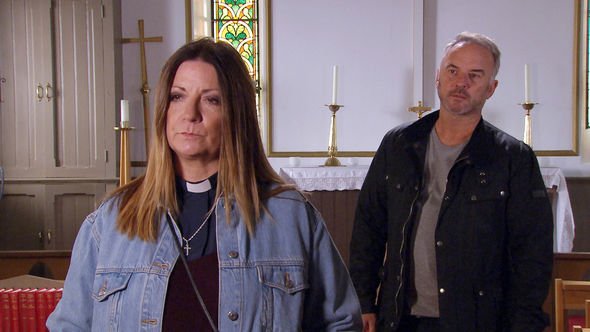 When asked whether Malone is really in love with the community leader, the actor revealed: “Yes!”

But he “didn’t know” if they could make their relationship properly work.

“Would Malone give up his nasty ways to sing in the church choir? I can’t really see it. But who knows, maybe he would,” Mark added.

“I think it’s genuine, honestly I do. 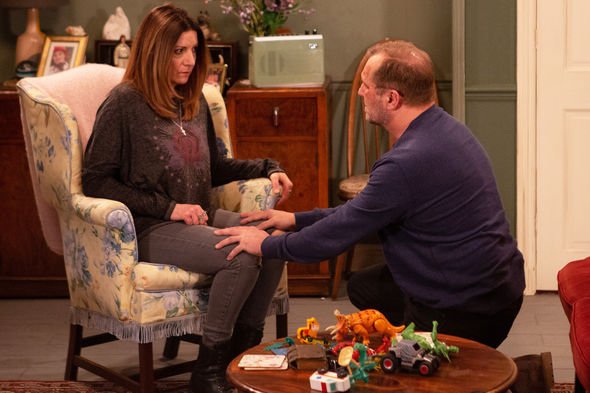 “I think that Malone is one of those people that if he can’t get what he wants, he’ll just go out and out and out to try to get it.

“So, maybe the fact that Harriet’s not available to him because of Will makes him want her more,” he continued.

“I think he does love her and always did – don’t forget that she left him in the beginning!”

With so much history, how will Harriet feel should Malone decide he has no other choice than to leave her and Emmerdale behind? Will she follow him?

Dean Andrews also discussed why his charcter was willing to go up against Malone after he planted drugs in a car.

“I think he’s more scared of consequences rather than scared of the man, if you like,” the actor revealed.

“I think he butts heads with Malone in the garage, to a degree.

“The rest of the time, it’s not been a physical thing because he was more scared of the mental torture that might have been visited on his family or Harriet.

“So, his willingness to go along with things, is to get Malone out of his hair for once and hope he will move on if he does him one last job.

“I don’t think he’s scared, as a bloke vs a bloke, he’s just scared of the power and influence that Malone could have on his life,” Dean added.

Emmerdale airs Monday, Wednesday and Friday at 7pm on ITV.