Nate Robinson (played by Jurell Carter) has caused a lot of trouble in Emmerdale in the short space of time he’s spent in the village. The farmhand arrived in the ITV soap and seduced Moira Barton (Natalie J. Robb), ripping her marriage to Cain Dingle (Jeff Hordley) apart in the process. However, the biggest shock came when Nate revealed he was Cain’s long-lost son and that he’d been determined to ruin his father’s life because he’d believed his abandoned him.

Subsequently, Cara Robinson (Carryl Thomas) turned up and it was revealed Cain had no idea he’d fathered a son with his former girlfriend.

Cain’s parents had disapproved of Cara and thought it would be best to keep her pregnancy secret from their son.

In the aftermath of the revelation, Nate found himself being accepted into the Dingle fold but Cain struggled to get on board.

Meanwhile, Moira turned to alcohol and Cain felt he had no choice but to restrict access to their children. 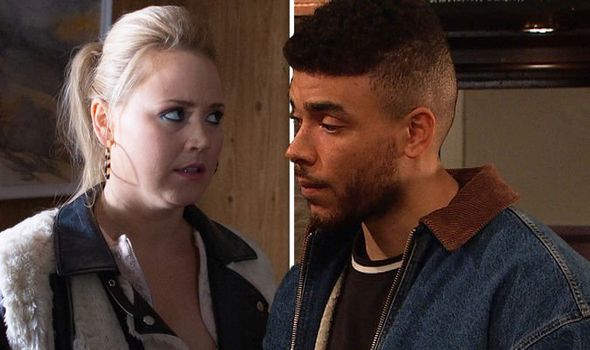 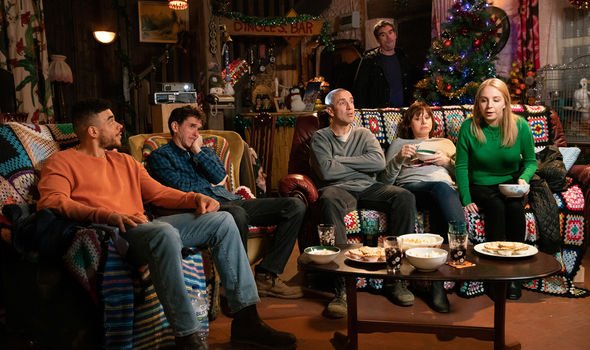 In recent scenes, Nate turned his attention to another controversial romance by stealing the former flame of friend Pete Barton (Anthony Quinlan).

Pete told Nate he was happy for him and Tracy Metcalfe (Amy Walsh) to begin a relationship but soon after, he fled the village for a new life.

However, after practically driving Pete from his home, will Tracy be left heartbroken when Nate betrays her?

In upcoming scenes, Tray’s hurt when Cara makes an unpleasant comment towards her. 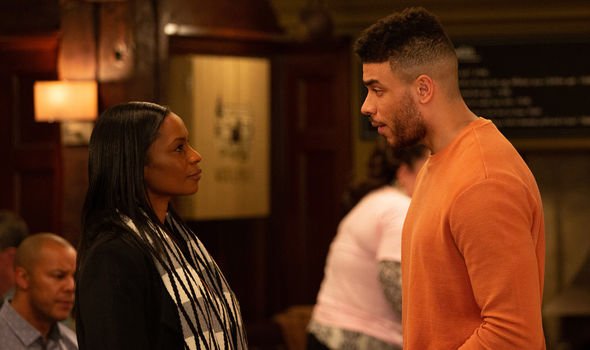 When Cain gets involved, the former lovers lock horns and the pair disagree over Nate’s decision making abilities.

Cara’s convinced she’s got Nate’s interests at heart and only wants the best for him.

However, Cain isn’t so sure and thinks the overprotective mother needs to let Nate make his own mistakes.

The lawyer decides to build bridges with Tracy, who’s over the moon with her apology.

Later, Cara reveals she’s leaving the village and urges Nate to join her.

Will Nate leave Tracy heartbroken by abandoning her and starting a new life with her mum elsewhere?

Meanwhile, Emmerdale fans are concerned Pierce Harris (Jonathan Wrather) will escape a prison sentence after revealing he knew one of the detectives who questioned him.

During the police interrogation, the interview was stopped and the male police officer left, leaving the female officer behind.

“Alone at last, I was waiting for you to say something, how’s the family?” Pierce remarked. “Girls must’ve grown up a lot by now? Is Ava still crazy about horses?”

“You know as well as I do, I can’t help you unless you give me something,” she replied. “You want to play this game? First move comes from you.”

Despite the worrying exchange, the officer made it clear in a later interview that she was convinced Pierce was guilty.

However, could this be a red herring to prove to her colleague she was following procedure before she helps Pierce?