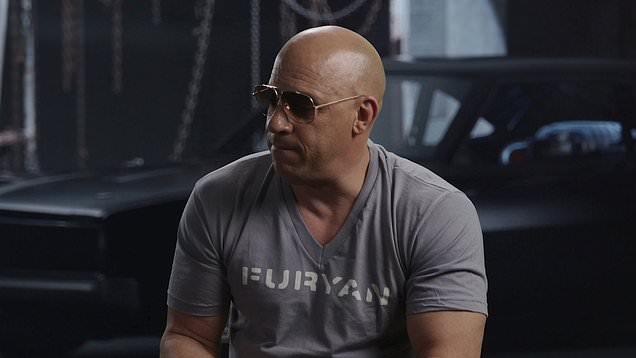 *WARNING: Spoilers for Fast and Furious 9*

Walker starred as Brian in six films in the action franchise, but tragically died in 2013, before he completed Fast and Furious 7.

His brothers, Cody and Caleb, stepped in to finish his remaining scenes, with his character last seen driving away at the end of the 2015 film, with See You Again playing over the top of his final moments.

Brian made a very brief return in the closing scene of F9, which is in cinemas now, and was seen driving his iconic blue Skyline into the driveway, ahead of a family dinner.

Speaking to Metro.co.uk, Vin opened up about the importance of including the poignant scene, and his bond with his late pal – who he lovingly referred to as ‘Pablo’.

‘It’s probably my favourite frame of the movie, that moment you just described. It’s everything for me,’ he said.

‘Pablo and I started 20 years ago with this film that Hollywood didn’t see coming and probably didn’t expect.

Nathalie echoed his sentiment, telling us: ‘It’s always really emotional when we pay tribute to Paul, and to his character.

‘But it’s incredibly important that we carry him with us, and that he can be kept alive in these films, because it’s just a reflection of how much he meant to us and how much he still means to us and what he means to these films. He’s integral to them.

‘So it’s always very sad, but also a smile, because it’s a reflection of how we feel about him.

‘We feel his absence every day we’re on those sets.’

Fast and Furious 9 is released in cinemas now.