HOLLY Willoughby was left fuming during a phone-in on horrible partners today – saying she was "angry" and "wound up".

She and Phillip Schofield had taken a call from a woman whose ex said he would only take her back if she dropped two dress sizes. 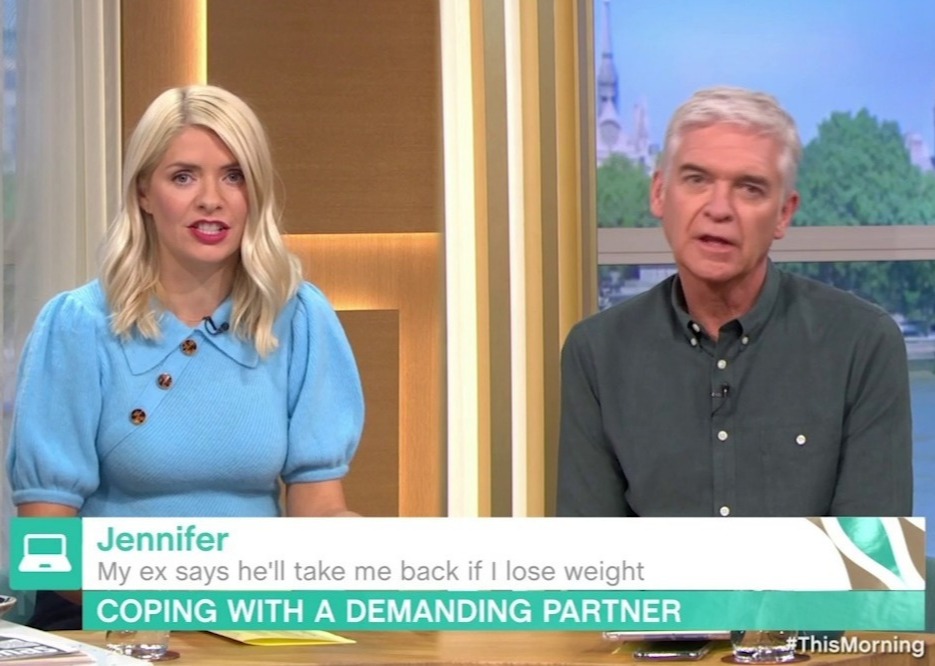 "I'm not lazy, I work as a prison officer and I'm very active. I have never been a slim person but I don't think I look bad.

"My ex says he will come back if I lose weight. What can I do?" 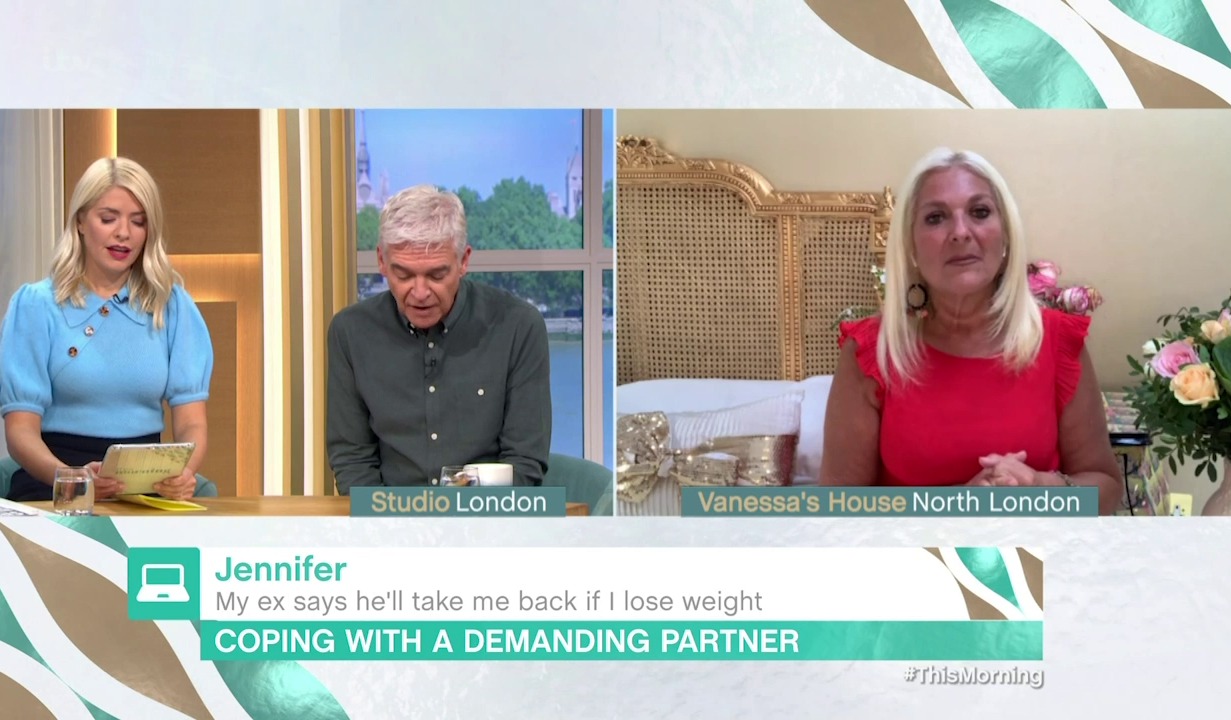 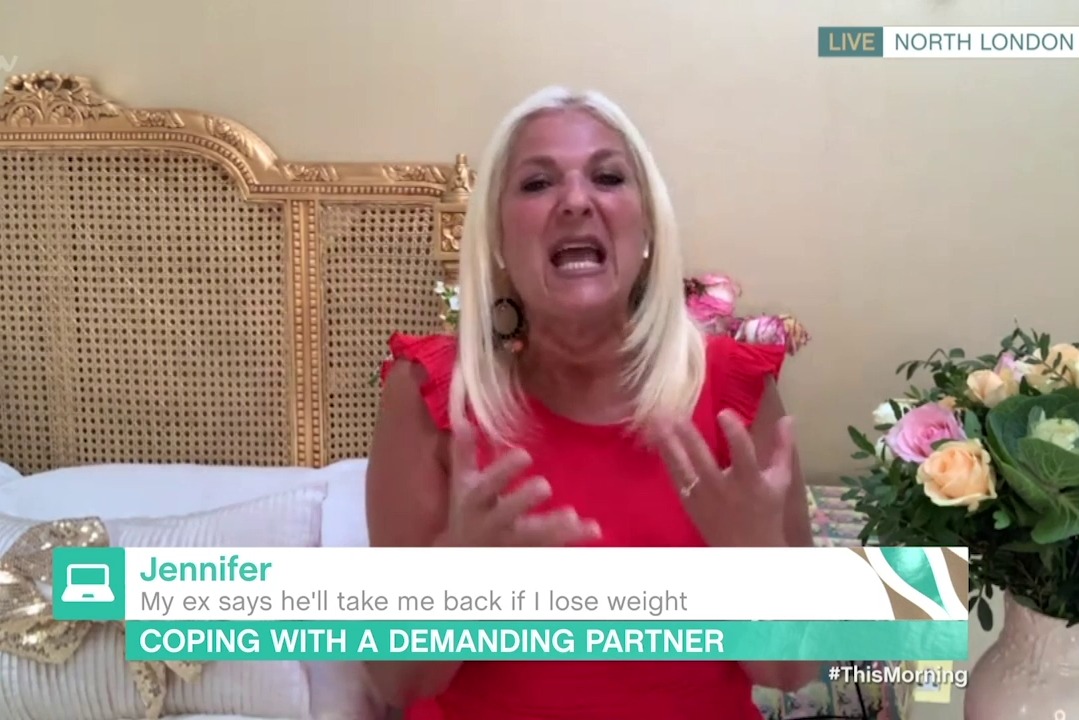 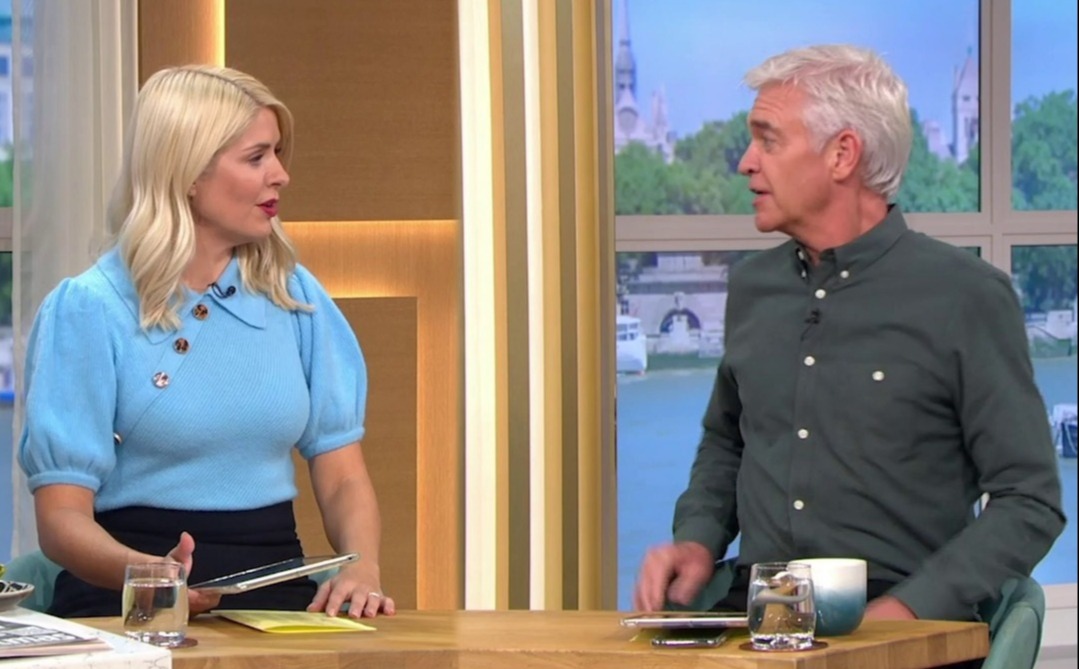 The show's agony aunt Vanessa Feltz instantly said the bloke needed to be given his marching orders.

The 58-year-old told the caller: "Oh I think you should say 'goodbye' – make him a sandwich and wave him off at the door.

Holly chipped in, telling Jennifer: "You've got through this with your self-esteem intact.

"You say you feel good about yourself and you want to keep that. So many people don't have that. Don't let him take that away from you."

Once Vanessa had gone, Holly turned to Phillip saying: "That sort of made me a bit angry. I feel a bit wound up about those."