Skip to content
HomeTV and Movies'Guardians of the Galaxy' Spoilers: Marvel's 'Heroes Reborn' Just Killed Off These Two Protagonists 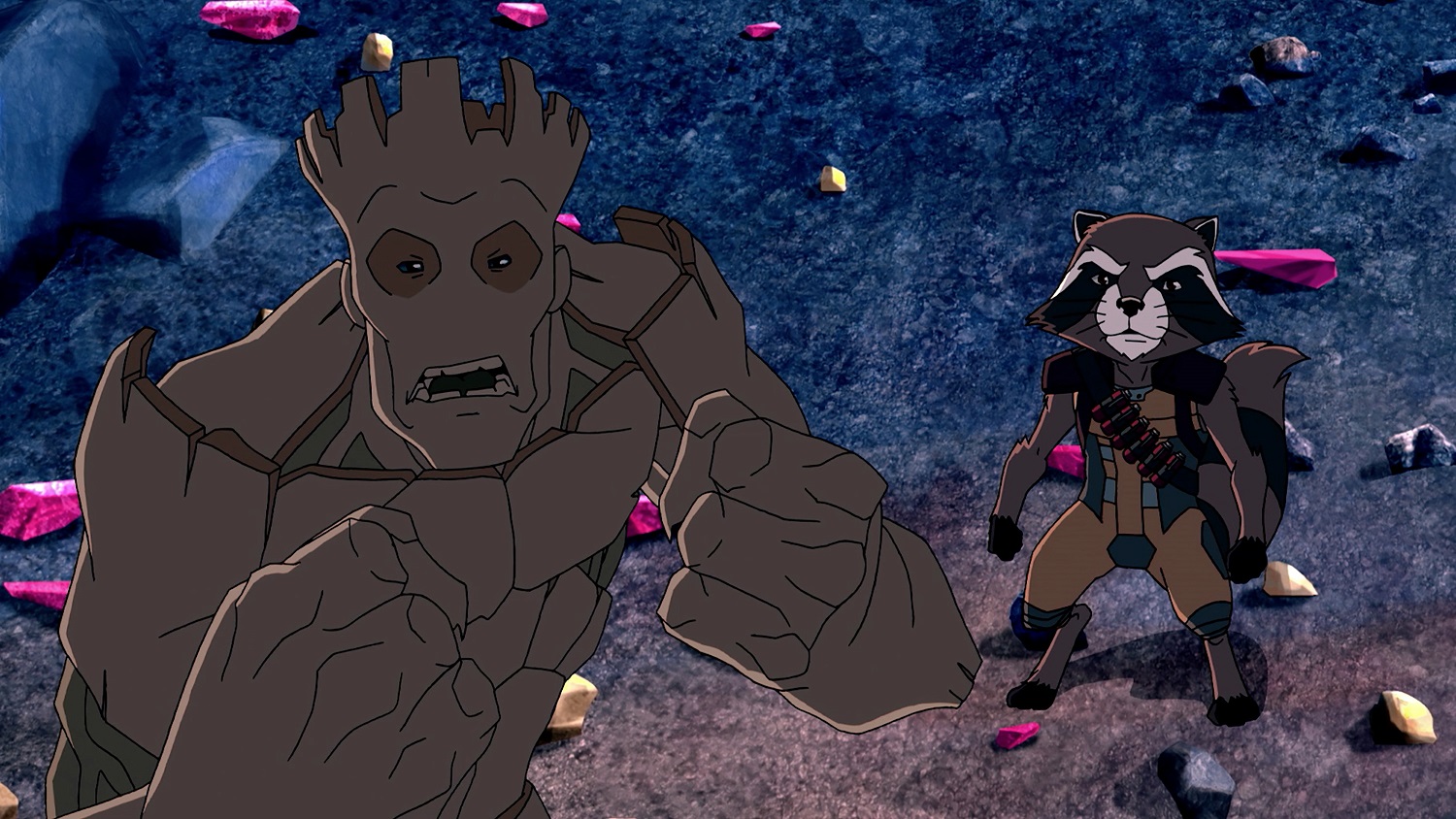 [Warning: Spoilers ahead for Heroes Reborn #4.]

Heroes Reborn #4 featured a dramatic story arc involving Doctor Spectrum as well as Guardians of the Galaxy protagonists. Rocket Raccoon and Groot. The Heroes Reborn series sees a re-imagined Marvel universe in which the Squadron Supreme has taken a fascist turn in the name of nationalistic ideals.

Essentially, Doctor Spectrum uses his incredible powers to enforce his vision of right on the universe, regardless of the means. This version of Spectrum has no problem committing heinous acts to meet his goals — which are often questionable in their own right.

The Kree and the Skrull hire Guardians of the Galaxy protagonists Rocket Raccoon and Groot as bounty hunters, tasking them with killing Doctor Spectrum and ending his reign of terror.

In this universe, Rocket Raccoon sports an eye patch and a cybernetic limb. Groot has merged with Rocket’s gun. The two work together with a youthful Starbrand to find and stop Doctor Spectrum, but things very quickly go awry.

Rocket blasts Spectrum with mini-Groots from his Groot gun, and even tries burning him with the power of the Starbrand. Unfortunately, it’s not enough.

Doctor Spectrum eliminates Groot, essentially turning the living plant-gun combo into dust with the power of his prism. He then proceeds to unleash the power of the Cancerverse on Rocket Raccoon, who bubbles up into a mass of tumorous growths.

In case that weren’t enough, Doctor Spectrum holds Rocket Raccoon up against a supernova until he’s burned alive. A gruesome end for two fan-favorite Guardians of the Galaxy characters. Luckily, Starbrand survives in the care of some miniature Groot offshoots.

Will someone die in ‘Guardians of the Galaxy Vol. 3’?

Although Heroes Reborn features an alternate Marvel universe, some fans have been left wondering whether or not Guardians of the Galaxy Vol. 3 might follow suit and off a character for drama, given the film franchise’s long run.

Some have speculated that Drax the Destroyer might bite the dust. The reason? Dave Bautista recently expressed his intention to leave the franchise following the third film.

“I’m going to be 54 years old by the time Guardians 3 comes out. The shirtless thing is getting harder and harder for me,” Bautista told Ellen DeGeneres.

“We work in trilogies. James Gunn has already announced it’s his last film, and when James is done, I’m done. The journey has come full circle and I’m just ready to step aside and wrap it up,” he added.

However, Batista also tweeted that Drax isn’t going to disappear — rather the actor will just change. This could be a confirmation that the character will not be killed off.

“Drax isn’t going anywhere. He just won’t be played by this dude! By the time G3 comes out I’ll be 54 yrs old for god’s sake! I’m expecting everything to start sagging any second now,” Bautista tweeted.