Skip to content
HomeTV and Movies‘Ham on Rye’ Review: Like John Hughes on LSD, This Graduation Dramedy Has Surreal Vibes

A stylish twist on the end-of-high-school dramedy, Tyler Taormina’s “Ham on Rye” offers the ethereal echoes of “The Virgin Suicides” with the gossamer veil of a humid summer’s day slowly lifting, but laced with notes of John Hughes on a steady micro-dose of LSD. That’s to say things are always off-kilter in this movie but the exact nature of whatever is the kink in this coming-of-ager never reveals itself. And while the narrative hardly goes into the fully unhinged direction it teases, it’s pleasantly askew and always marching to its own strange and, slightly off, beat.

Director Taormina is a skillful young filmmaker, making his feature debut here. He’s working with mainly non-professional young actors with a simple setup: it’s the end of a high school year and a prom-like dance looms, along with its anticipatory jitters. A sprawling cast of teenage boys and girls is introduced in the opening scenes and the costumes and suburban setting suggest someplace middle-America, but also flung out of time. They are all hurtling toward some kind of rite of passage with a sex-obsessed energy while simultaneously wondering if there might be more to life than the ultimate goal of “porking,” as one kid puts it.

The characters are all vague sketches of recognizable high-school archetypes you either knew or were: the dweeb, the misfit, the It girl, the popular girl, the hot guy, the greaser, the brooding mystery man with the stringy hair and bedroom eyes who will eat your soul. Some of the actors look too old for their respective parts, but that only contributes to the film’s pervasive otherworldly atmosphere. This isn’t real life, but it feels freakily approximate to it, which makes for a banal but menacing experience. The script, also by Taormina and co-written with Eric Berger, doesn’t bring you close to these people as people. You, instead, watch them almost like Sims shuffling awkwardly around a world spinning out of orbit. One cast member shrewd ’90s-kid viewers may recognize is a grown-up Danny Tamberelli, once the star of Nickelodeon’s “The Adventures of Pete & Pete.” 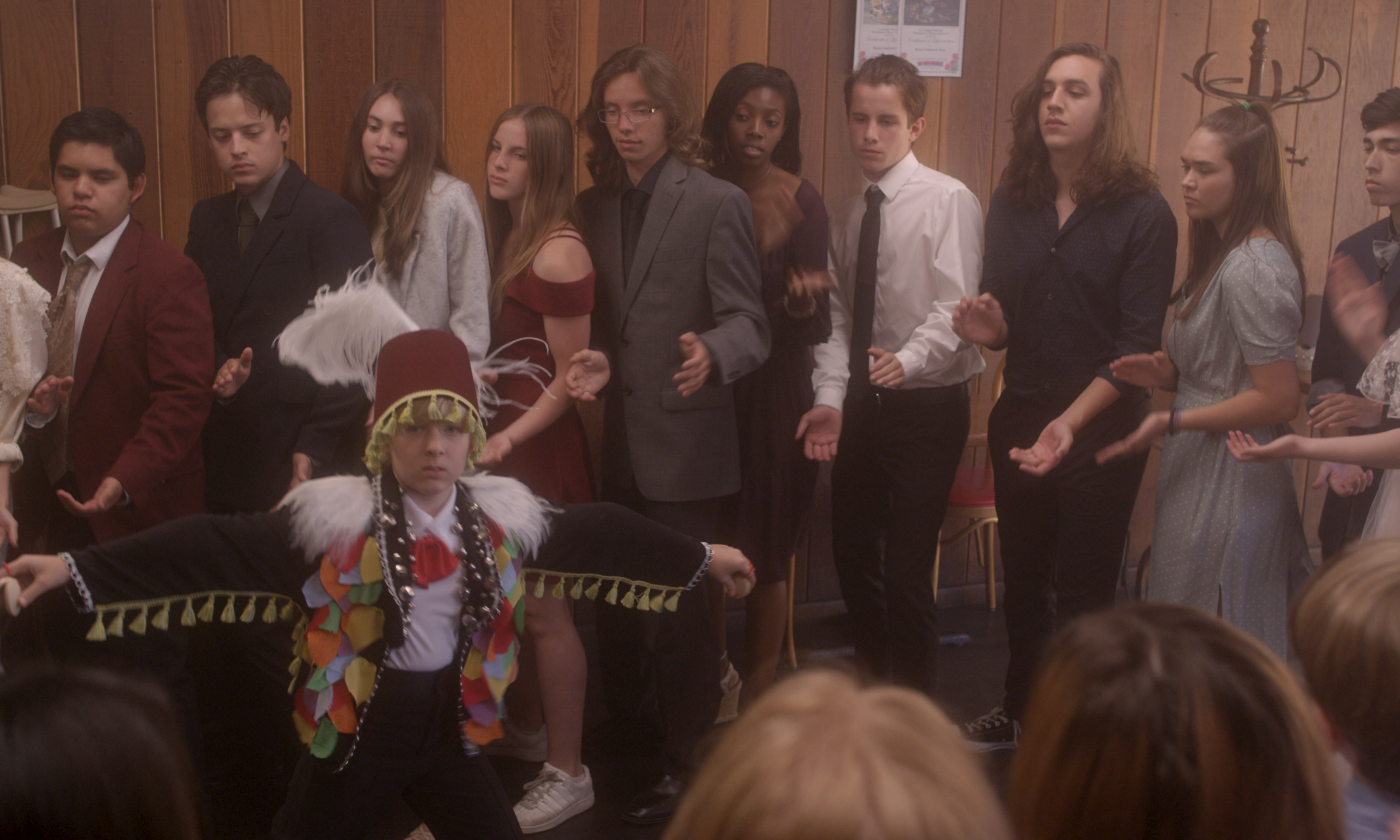 At the high school dance at the movie’s center, the ensemble gathers round in a circle as participants are given a turn to stand in the middle and pick their desired partner. It’s a kind of Spin the Bottle meets “The Bachelor,” as others pair off or are possibly left disappointed. There’s an Altmanesque flavor to the way Taormina layers the individual conversations within scenes, chaotic but flowing along and overlapping at a jaunty clip, trusting you to get hold of the narrative and its metastasizing cast of characters.

Taormina’s other references are surely “Dazed and Confused” and even David Lynch in that director’s upside-down portraits of what lurks beneath suburban ennui, but he doesn’t dwell on them too long. “Ham on Rye” was shot in and around the San Fernando Valley area, north of Los Angeles, a favorite of Paul Thomas Anderson, and the film’s DP Carson Lund effectively evokes that neighborhood’s sleepy vibe on the outskirts of a major city collecting shattered dreams below.

“Ham on Rye” exists behind glass, but it isn’t cutely coy. There’s something angry about it and hard to parse. An ominous soundtrack laid on top of prosaic events doesn’t help you settle in comfortably, and that’s by design. There’s a fireside scene near the end hugely reminiscent of your darkest, most illicit high-school nighttime hangouts. A flash to a woman vaping with grim determination is chilling. “So how’s everybody been sleeping?” a partygoer asks. No one answers. Another woman sadly eats French fries alone at a hot dog stand. There is a harrowing car ride through the dark of night.

Taormina wants to show you a world that’s familiar, but the mirror is a trick one, reflecting something lopsided and grotesque. Which is perhaps what, as many a paranoid stoner might surmise, reality really looks like. Am I just high, or seeing things clearly for the first time? It’s a question, in this film, left unanswered.

“Ham on Rye” is now available to view via virtual cinemas. Head to Factory 25 for a complete list of participating theaters.