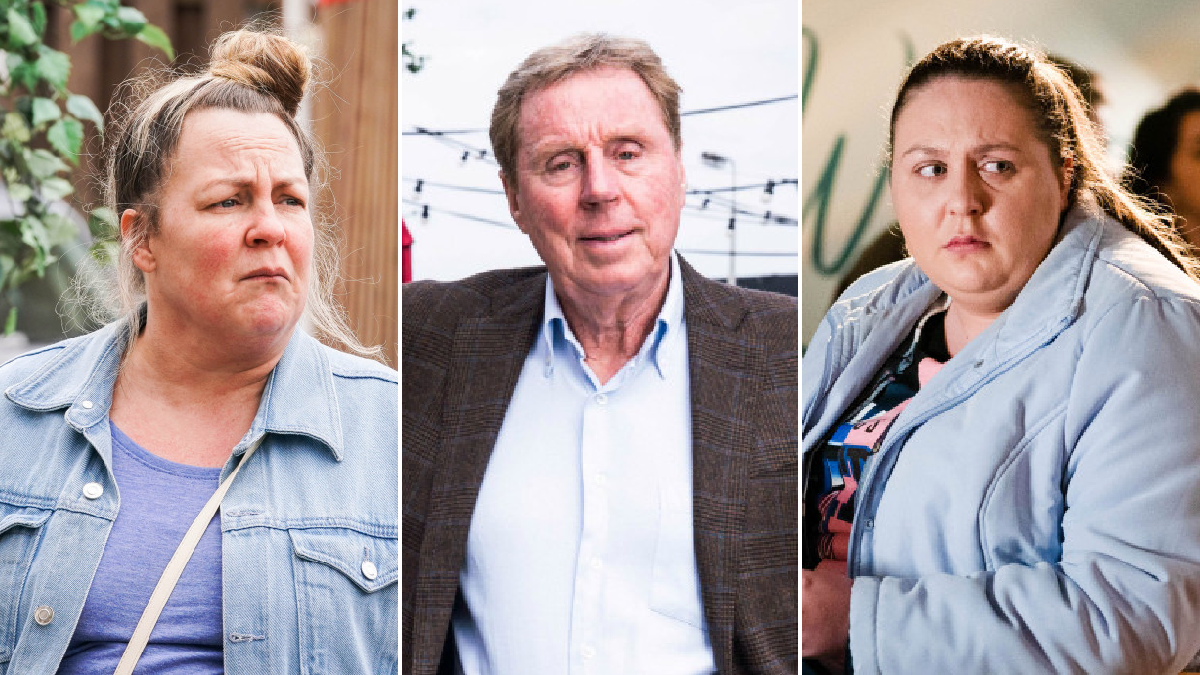 Harry Redknapp will be making an appearance in EastEnders later this year, but could he be portraying Karen Taylor’s (Lorraine Stanley) ex and Bernie’s (Clair Norris) dad?

That would be a no, but actress Clair Norris would’ve seemingly be all for such a thing.

‘I would love Bernie’s dad to come in,’ the soap star told Inside Soap.

‘At one point, I did message our boss Jon Sen to say: “How about Harry
Redknapp?”

‘I’d read that Harry wanted to join EastEnders – this was ages ago,
when he’s just come out of the I’m A Celebrity jungle.

‘That would have been funny.’

Harry will, however, be arriving in Albert Square this summer for a special cameo.

‘It’s no secret that I’ve wanted to be in EastEnders,’ said the football legend, ‘So I’m over the moon to be making a special cameo this summer.

‘With a nod to the Euros, it’s a lovely fit and as a proper East Londoner it’s been so much fun. Sandra’s a huge fan, she watches it every day so it’s a real special moment for the whole family!’

EastEnders’ Executive Producer Jon Sen added: ‘What better way to mark a special summer for football fans by having none other than West Ham legend Harry Redknapp pay a visit to Walford.

‘He’s synonymous with London’s East End and we were delighted to hear he’s a fan of the show too. We can’t wait for audiences to see what brings Harry to Albert Square.’