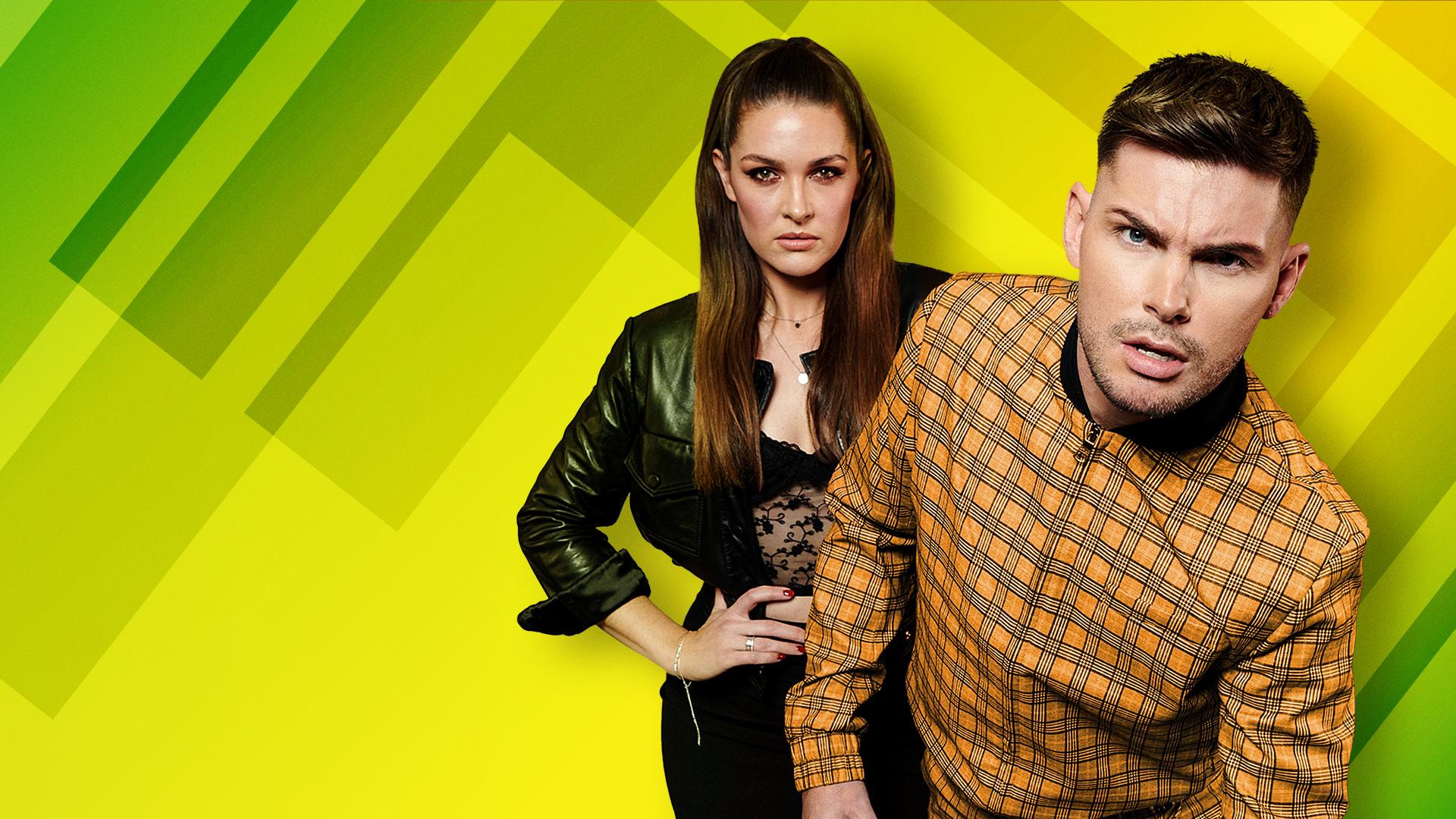 The coming week is going to change the way you can view Hollyoaks forever as the Channel 4 soap leads the way in debuting the day’s episode online in the morning.

Viewers can still watch the instalment at the usual times on E4 and Channel 4 but the extra flexibility will allow fans old and new to catch up at their convenience.

It’s a new era for the show and stars Anna Passey and Kieron Richardson are creating videos in character as Sienna and Ste to mark the occasion; delivering a tongue in cheek update on the stories so far.

After watching them spend five minutes summarise the ongoing Sienna and Ste cleaning services story up until now, Metro.co.uk joined the two stars for a chat about the new Hollyoaks venture and what’s next for their alter egos.

Did it blow your mind how much has happened in the storyline so far?

Anna: We’ve crammed a lot in so far, haven’t we?

Kieron: Yeah, I think a lot has happened in a short space of time but it also has to have the danger side of things where we can’t just wash our hands of it and go – okay we’re done now, we’re going to walk away from this situation, because there was the threat of Liberty and Leela, our children. There’s massive consequences for all the actions that we do.

And how do you feel about Hollyoaks heading to All4 as well as TV shows?

Kieron: We like to be the first to do most things so in this new fast-paced world that we live in and television at the click of a button now and watch it when we want, I think it was only apt that we were one of the first ones to actually move to getting all our shows online before the actual terrestrial showing.

Anna: Definitely. And the way people consume telly is so different now to how it used to be, and people expect to be able to watch when they want to. I think it’s brilliant that people don’t have to hang around and they can make watching it work for their own schedules.

Kieron: It’s not just how we’re showing the show, I think when you watch our programme now it’s changed so much even in the past 10 years because of Netflix and the shows that people get obsessed with, that our stories are now heightened and much more happens in each episode. because I think the minute that it does just chill and take a breath is the second that you lose a few audience members. So I think it has to be up there all the time.

Do you hope it might attract new viewers as well?

Anna: Yes, we’d love some new viewers because I think if people aren’t watching it, it’s because it’s a little bit early for some people if you’re working or you’ve got other things that you might need to be doing at that time. With the luxury of being able to watch it on your own schedule I think it’ll draw some new people in who’ll give it a go.

Would you want to continue doing these recap videos? Do you have fun doing it, especially in character?

Anna: I think Ste and Sienna are perfect for the recap videos because it felt like coming in and having a chat and a cup of tea with your mates and they were a nice little guide in, so we would be happy.

Kieron: And we’ve got this new partnership going that we’re trying to push to the max, so the more we can work together the better.

Anna: We love it. We have far too much fun.

Do you see this as another new era for Hollyoaks?

Kieron: I think with the cast that we’ve got and the stories at the minute, we’ve got new titles, it just feels like it’s a really exciting time. After the pandemic, the world’s been a horrendous place to live really and as much as those issues and stories are still there, there’s a lot of light-heartedness in the show. We hope that our characters are trying to put a smile on people’s faces even though they’re doing some silly stuff we’re doing it with a bit of a glint in our eye.

Anna: I think also with the streaming side of things, in the past you think of everyone sitting down and watching at the same time. I do think it’s a new era for soap. It puts it more in the Netflix and streaming series category. My memories of being little were being sent out of the room when my Nan put Coronation Street on at that scheduled time. I think it’s a completely different time now and it’s great that we’re moving with it.

Anna, Sienna just wants to be a successful business owner but is it more fun to play when she has a disaster?

Anna: yes, absolutely. She just can’t keep away from it, can she? She just likes the danger. But what I love about Sienna so much is – she does get good at the crime side of things, but it’s driven by that ‘head girl’-ness of her of needing to be good at something. She just wants to do a good job of whatever she’s doing and it’s certainly more fun to play that side of stuff.

How far would Sienna go to get herself out of this? How might she come up on top with Ethan?

Anna: Her children are on the line as per usual. He threatens the family, he threatens Liberty – and nobody threatens Liberty apart from Sienna sometimes, so there’s nothing she won’t stop at I think. Although she’s frightened of the consequences to her family, she’s not frightened of Ethan in her own right so I think as time goes on the natural power shift comes about where Sienna thinks she can probably get on top.

What’s also interesting is that Sienna doesn’t really have any friends at the moment and I think she’s found a very unlikely friendship with Ste and I think she’s quite surprised, even though they bicker all the time, to what she would be willing to do to look after her friend. She can’t bear to see him under threat. She has this fondness for him now and she wants to protect him.

What about Sienna’s never-ending bond with Warren? Where might this go from here?

Anna: It really could go anywhere, that’s the thing with Sienna and Warren. We’re definitely going to see more of them together. Warren gets wind of Sienna’s activities and he’s not very impressed so he wants to look out for her and get her back on track to being the nice, calm, law-abiding citizen that she is. So we’ll definitely see their paths crossing. I think with Sienna and Warren they’ll always have that push and pull with them and we’ll always see them in each other’s atmospheres.

Kieron, how much could Ste be set to lose?

What could he be capable of doing to try to get out of the situation?

Kieron: I think Ste would do anything, but I don’t think he’s capable of killing anybody. He’s a bit of a fool and thinks he’s great at ideas but really he needs to be led by Sienna. She’s the master planner and he just goes along with it and sometimes pretends it’s his idea. So he’s just the fool of this new relationship.

And what’s the future hold in store with James?

Kieron: I would say because of everything James has going on at the minute with his crypto-currency storyline he’s not really thinking straight and hasn’t got too much time for Ste. Ste is very busy with Sienna trying to mop up their scenarios with Ethan so they haven’t got much time for each other. Something happens in the next few weeks which could spell the end of their relationship