Skip to content
HomeTV and Movies‘I don’t have the time or patience!’ Piers Morgan erupts at Labour’s ‘ridiculous feud’

Sir Keir Starmer joined Piers Morgan and Susanna Reid on Good Morning Britain today to talk about what he is doing as the opposition leader to fight the government on their current plans to tackle the ongoing coronavirus pandemic. But Morgan wanted to know about what Starmer was doing to keep harmony in his party.

Sir Starmer was announced as the new Labour leader earlier this month just after the coronavirus lockdown came into place.

Morgan asked: “You have become Labour leader at an extraordinary time. What’s it like?”

Sir Starmer explained: “It’s a very weird time, we started the campaign trying to see as many people as possible and ended trying not to see anyone at all.

“It certainly wasn’t the acceptance speech I had imagined. I thought it would be in a big conference room, but I ended up doing it in my living room with just a camera and a microphone.” 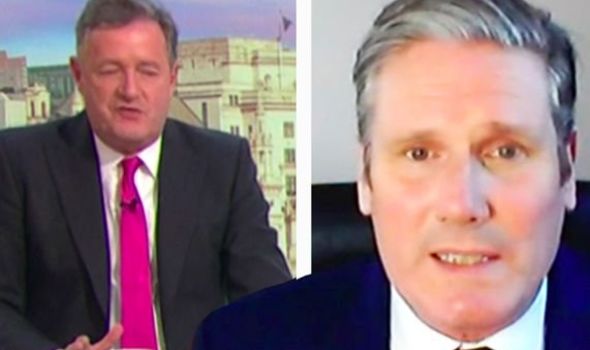 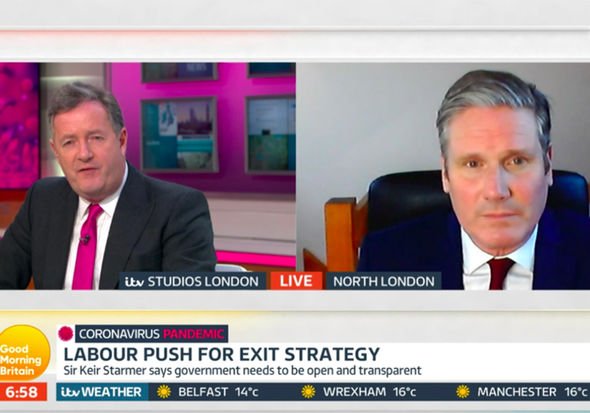 Morgan went on to ask about one investigation in particular that Starmer promised in his election speech.

Morgan probed: “Now, there is this investigation into a leaked report on antisemitism in the party.

“I’ve got to say I don’t have the time or patience for any of this. 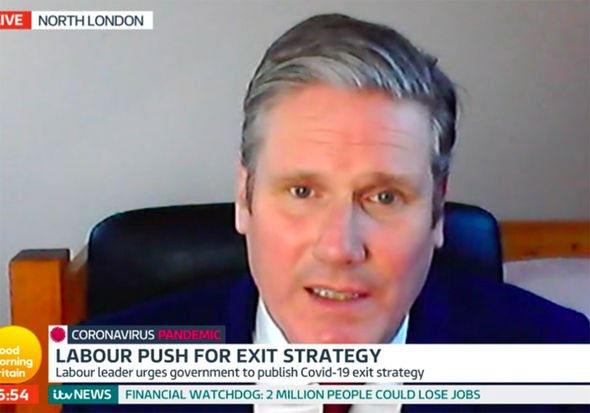 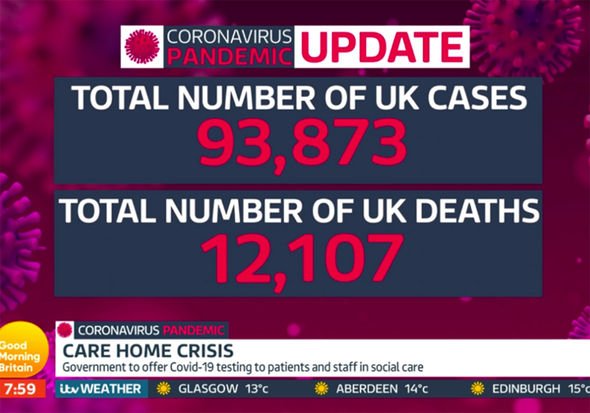 “I know you know you have made your view on antisemitism crystal clear and I respect that.

“But, rather than launching an investigation, wouldn’t it be better to say ‘We are facing the biggest crisis of our lifetimes here, I need to park this until it’s over’ rather than having this ridiculous feud?”

Starmer continued: “It is very serious and it is important and has to be investigated.

“My priority is in the national interest and saving lives and protecting our country because we are not just in a national crisis, we are in a global crisis.

“What I said was, we have to unite as a party and the fascism must end.

“Stop asking ‘What side of the party are you on?’ and start being one united force and I hope that will be a hallmark of my leadership.

“There is a saying ‘There is a reason divided parties don’t win.’”

However, viewers were left disappointed with the interview and were confused at why Morgan wasn’t giving the Labour leader a grilling.

One viewer tweeted: “@GMB and @Keir_Starmer We haven’t hit our peak Keir so how can we have an exit strategy? You need to stop the division now. Go talk to Boris instead of flapping your guns on #GMB  #piersmorgan show.”

Another added: “Labour push for exit strategy? Why doesn’t @Keir_Starmer get his party in order and let the government deal with something no one could have prepared for.

“Keir is such a better performer in interviews rather than speaking from a script. Doing well on #GMB,” added a third.

A fourth said: “@Keir_Starmer wonderful interview on #GMB. You have such clarity & exude honesty & goodness.”

Good Morning Britain continues on ITV weekdays at 6am.