AS family snaps go, it is certainly one of the more unusual ones.

But Olympic gold medallist Rebecca Adlington was all smiles as she posed with her daughter, new boyfriend and ex-husband — as well as his boyfriend. 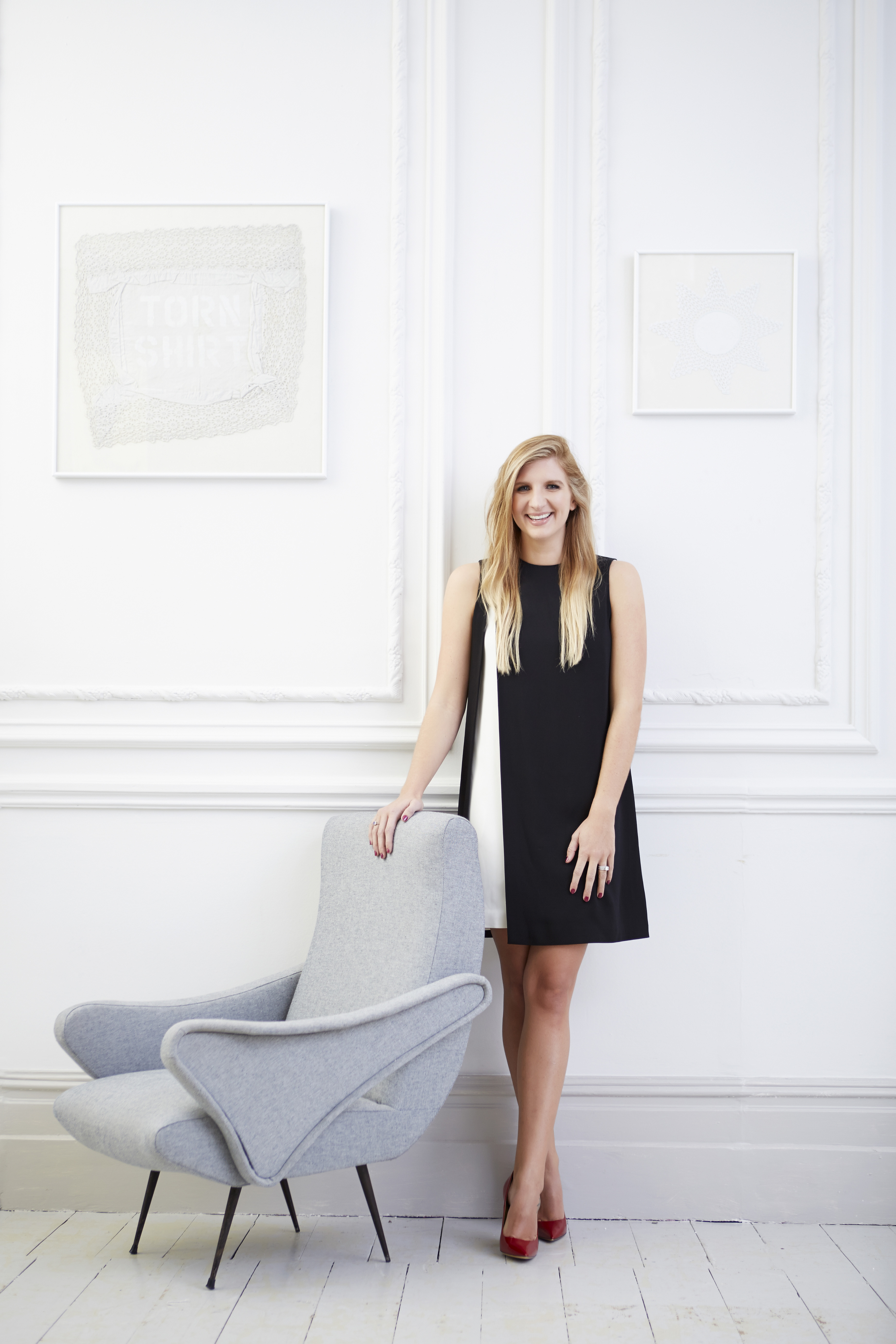 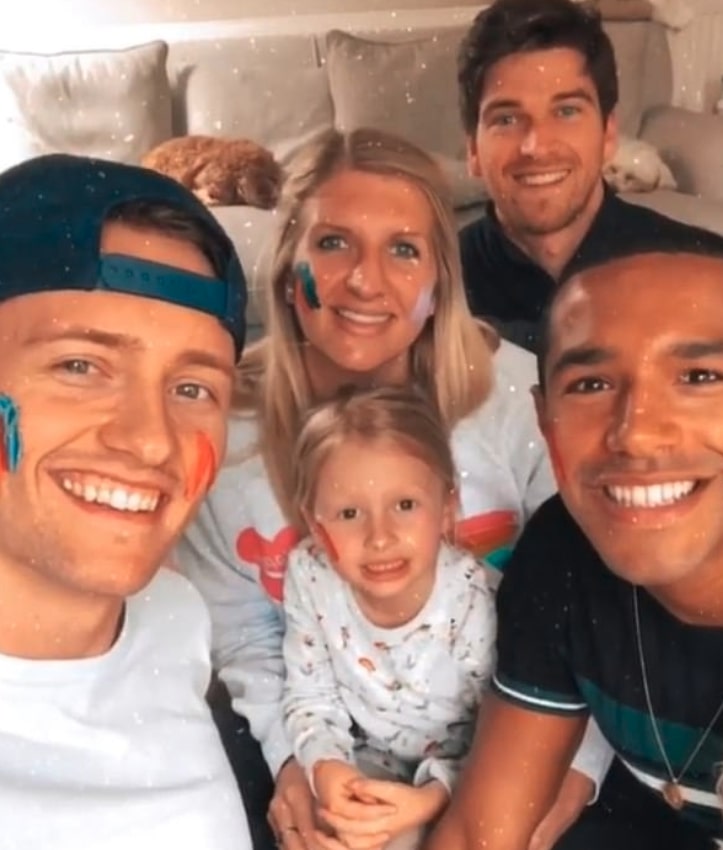 The photo was taken as the group lived together during lockdown and shows how accepting the 31-year-old former swimmer is of ex-husband Harry Needs’s decision to come out as bisexual.

In an exclusive interview, Rebecca, who shares daughter Summer, five, with Harry and is expecting a baby boy with new man Andrew Parsons, 31, said: “We are so on board when it comes to Summer. And Harry is so good with her.

“I loved lockdown with her and having that time together.”

Rebecca and Harry, 28, a former competitive swimmer turned personal trainer, split up in 2016 after 18 months of marriage. 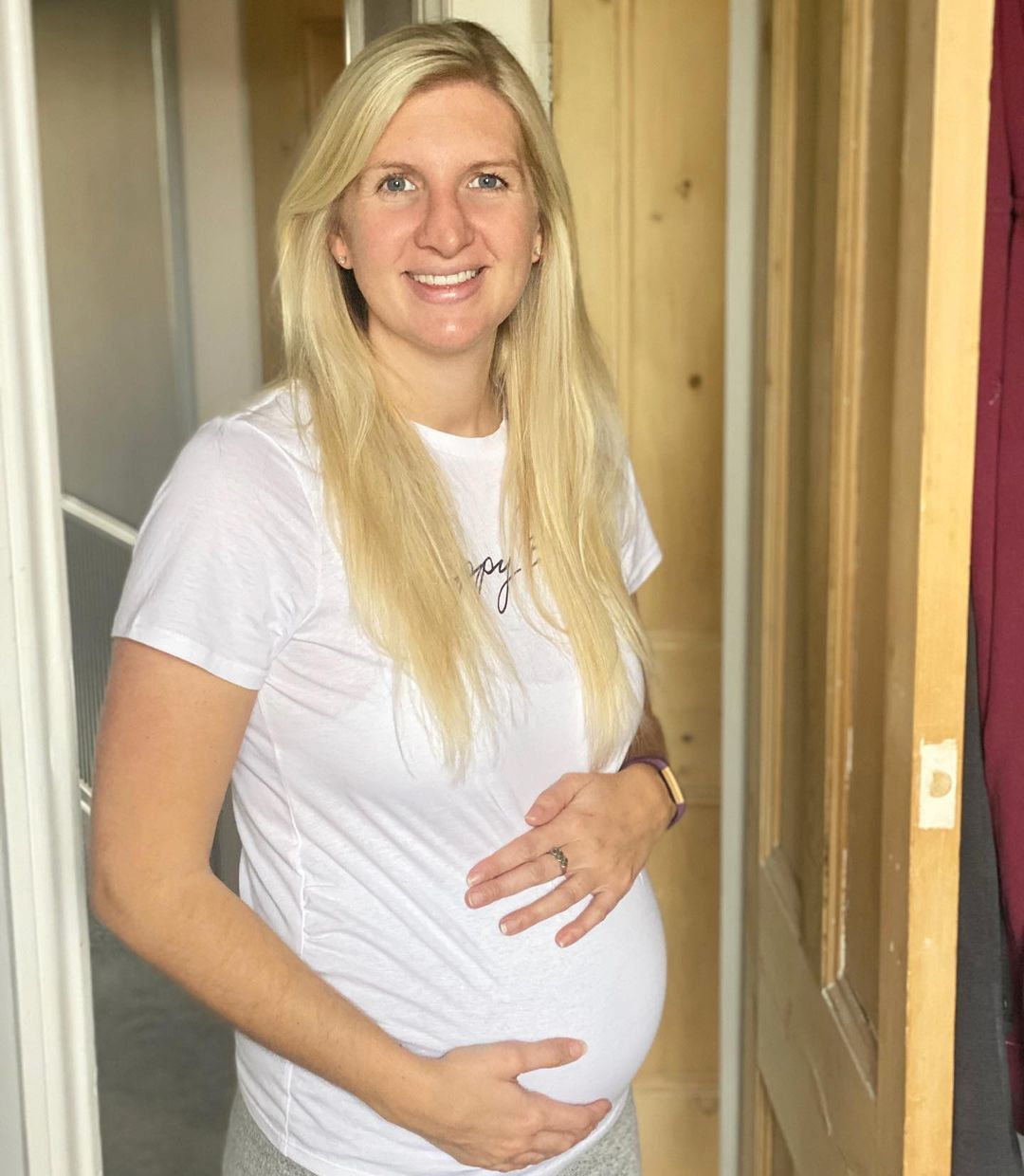 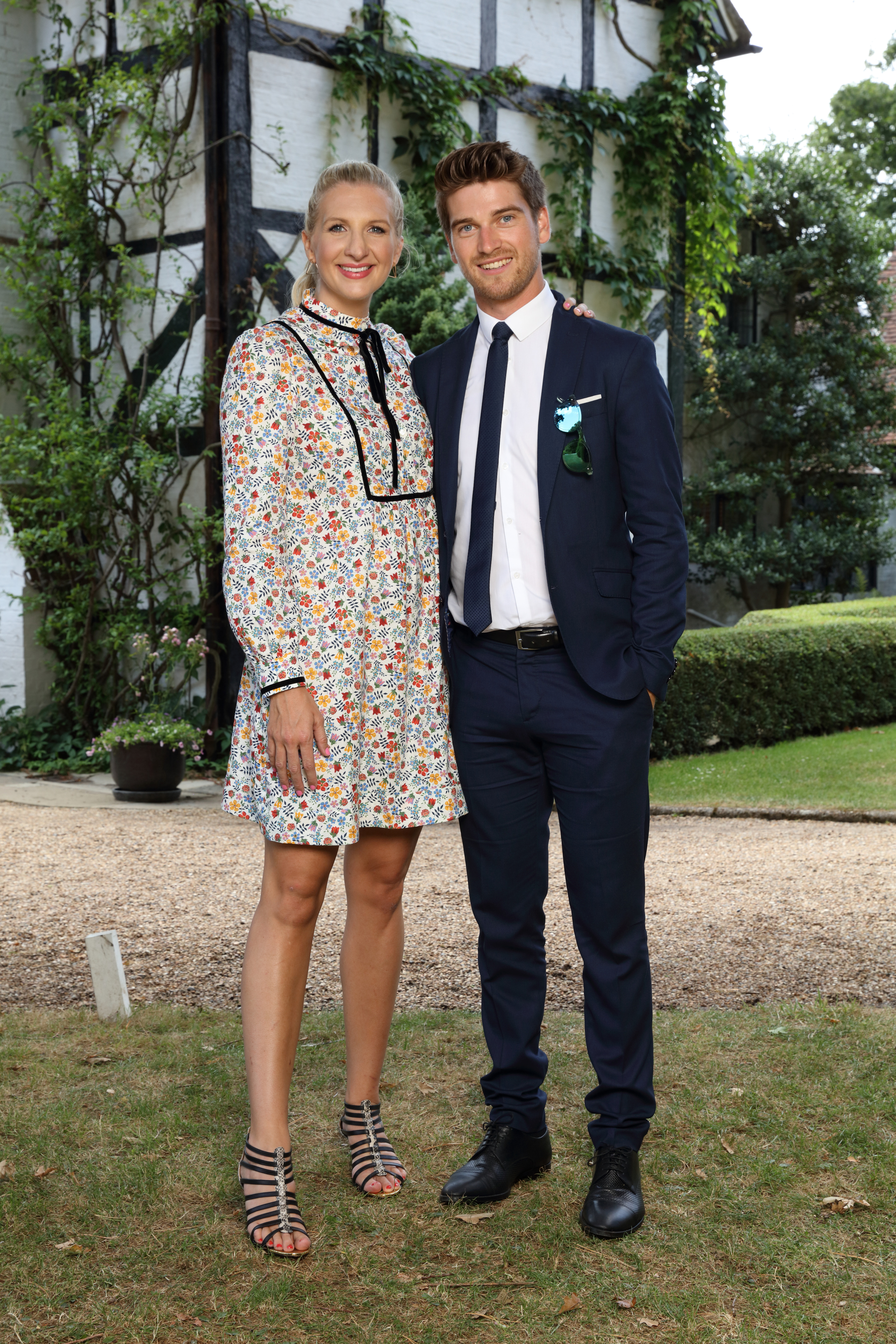 But Harry and his boyfriend Michael Gunning, 26, a competitive swimmer, stayed with Rebecca during lockdown so Harry could spend more time with Summer.

Rebecca said: “It was hard at times, don’t get me wrong, but I look at it now and think we’ll never get that time back and it was the situation we are in.

“And Summer didn’t know any different.

“Kids are way more adaptable and flexible than us adults. She took everything in her stride.”

It was hard at times, don’t get me wrong, but I look at it now and think we’ll never get that time back.

Rebecca stood by Harry when he came out as bisexual on Fathers’ Day this year.

Harry revealed he had never told Rebecca about his sexuality during their marriage, or their five-year relationship prior to that.

He added: “I only talked to Rebecca about my sexuality as a friend after we had amicably separated.

“I never felt I deceived her, because I loved her and, like I already said, I never had the time to discover my full sexuality.

“Becky and I are extremely supportive of each other, and our lives now revolve around Summer who is our main priority.”

Rebecca echoes Harry’s sentiments, and reveals how their different parenting styles work well together — with her being the big softy.

She said: “We call it good cop and bad cop. When she was born everyone thought I would be the bad cop — because of my sports background, I am quite tough.

“I’m like, ‘No, let’s do it, we can do this’. That is my kind of mentality. To be a sportsperson you have to be like that. 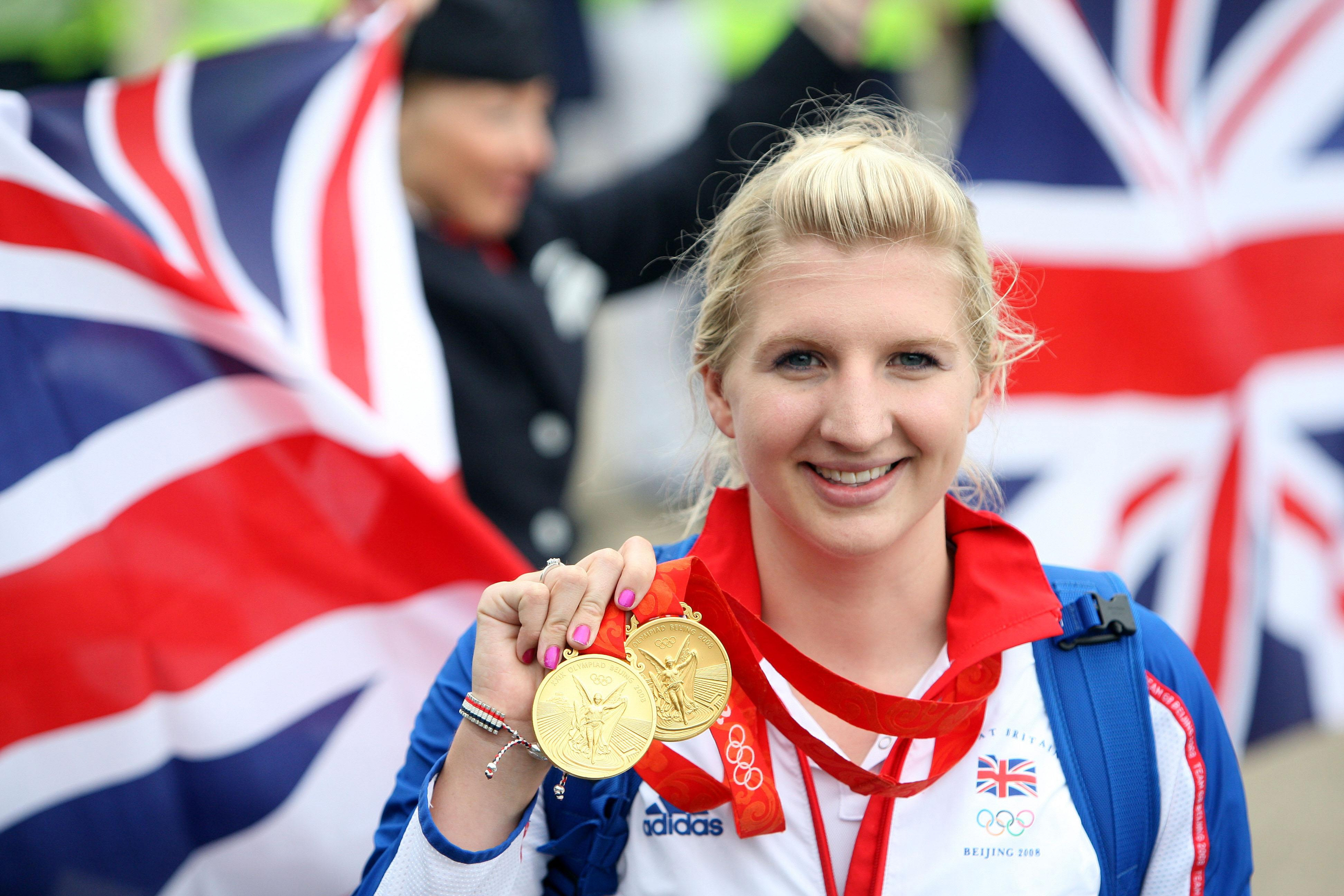 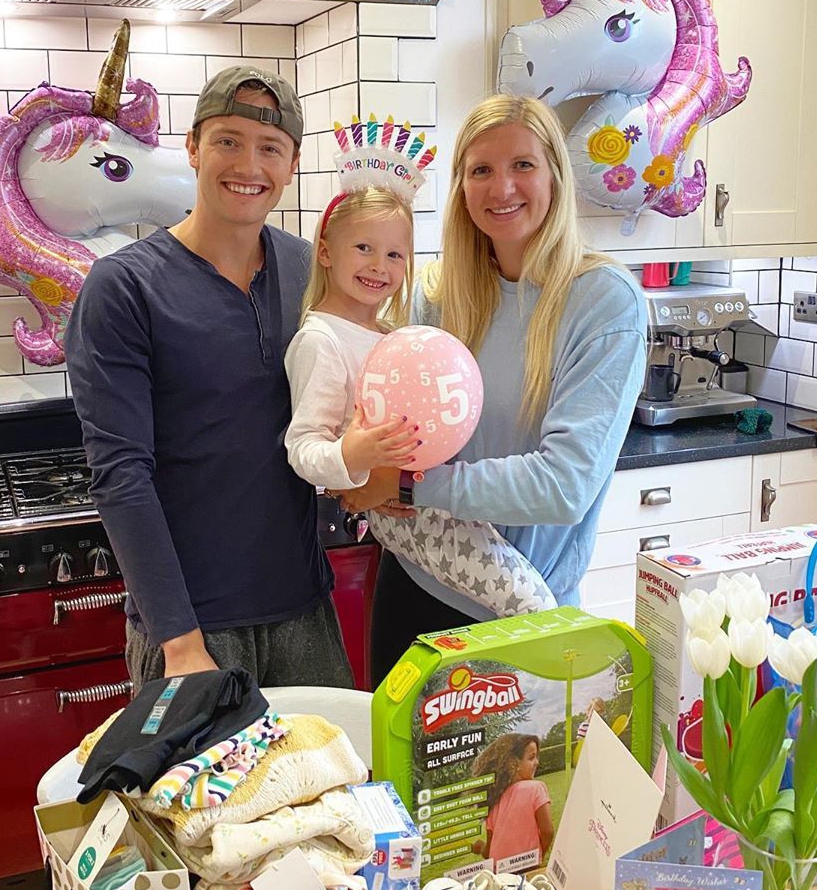 “And I think everyone was like, ‘Bec is going to be the bad cop’.

“But I am definitely not the bad cop. I get told off for being too soft with Summer.

“But I can’t help it, my maternal instinct comes out and I can’t do it.”

Like many parents, Rebecca has struggled with Summer’s diet because she is a fussy eater. 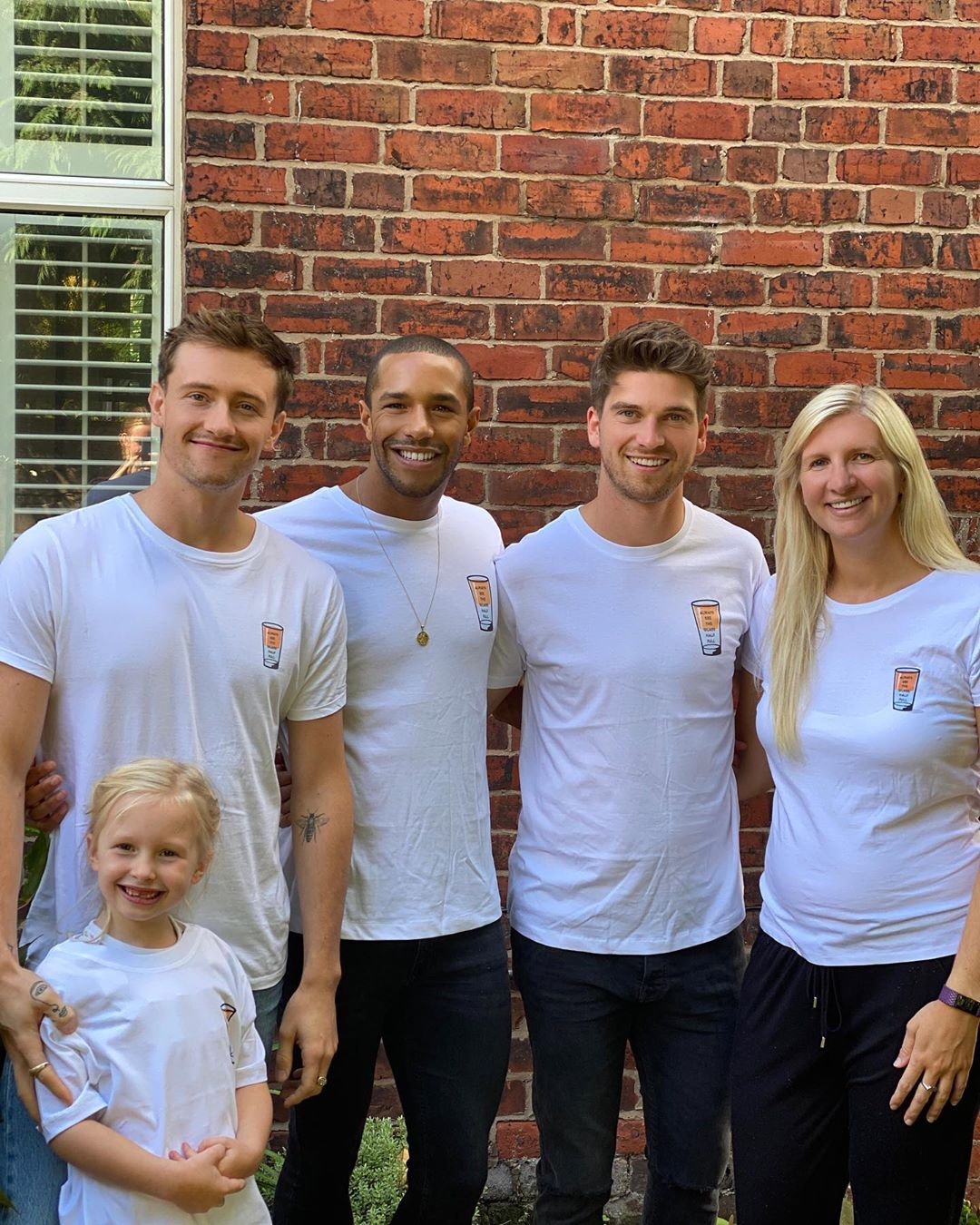 But she says Harry has been invaluable when it comes to helping her discover new foods.

Rebecca said: “Harry is an incredible cook and that really helps.

“I love to cook but I am nowhere near as good as Harry. He cooks everything from scratch and I try to, too.

“For ages I just stuck to feeding Summer whatever she liked. She just wanted pesto pasta. So I just gave in and kept giving her what she wanted. 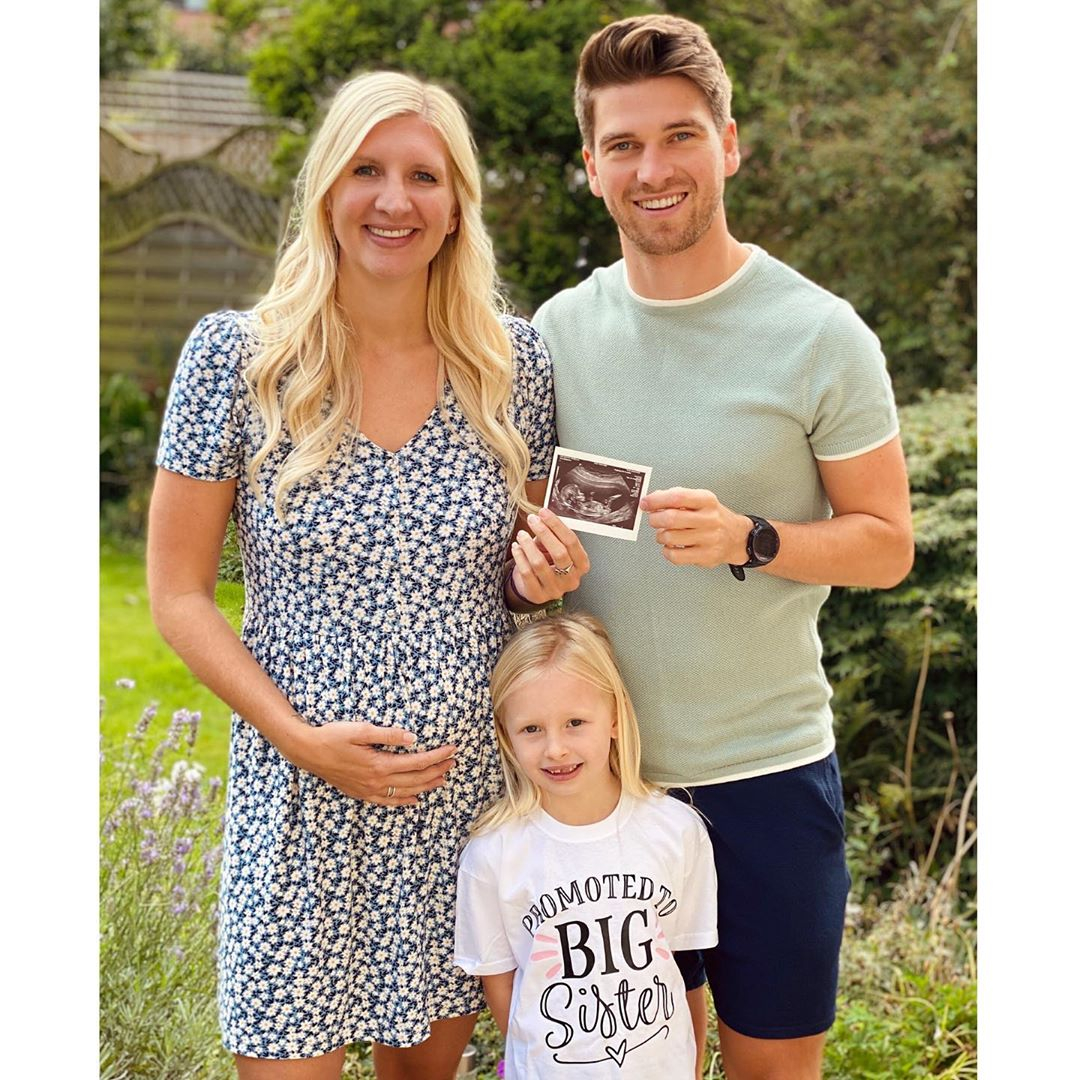 “But I knew it wasn’t healthy and I knew I couldn’t keep doing it. I was just enabling her. So we changed our tack.

“Harry is a vegan as well. When she goes to Daddy’s house she’ll eat broccoli and now she likes things like green beans. We make her try things too. Every week she has to try something new.”

Rebecca, who retired from competitive swimming in 2013, revealed in September her joy at falling pregnant again.

She met Andrew, a facilities manager, via dating app Bumble in January 2018 and the pair confirmed at the start of this month that they are having a baby boy. 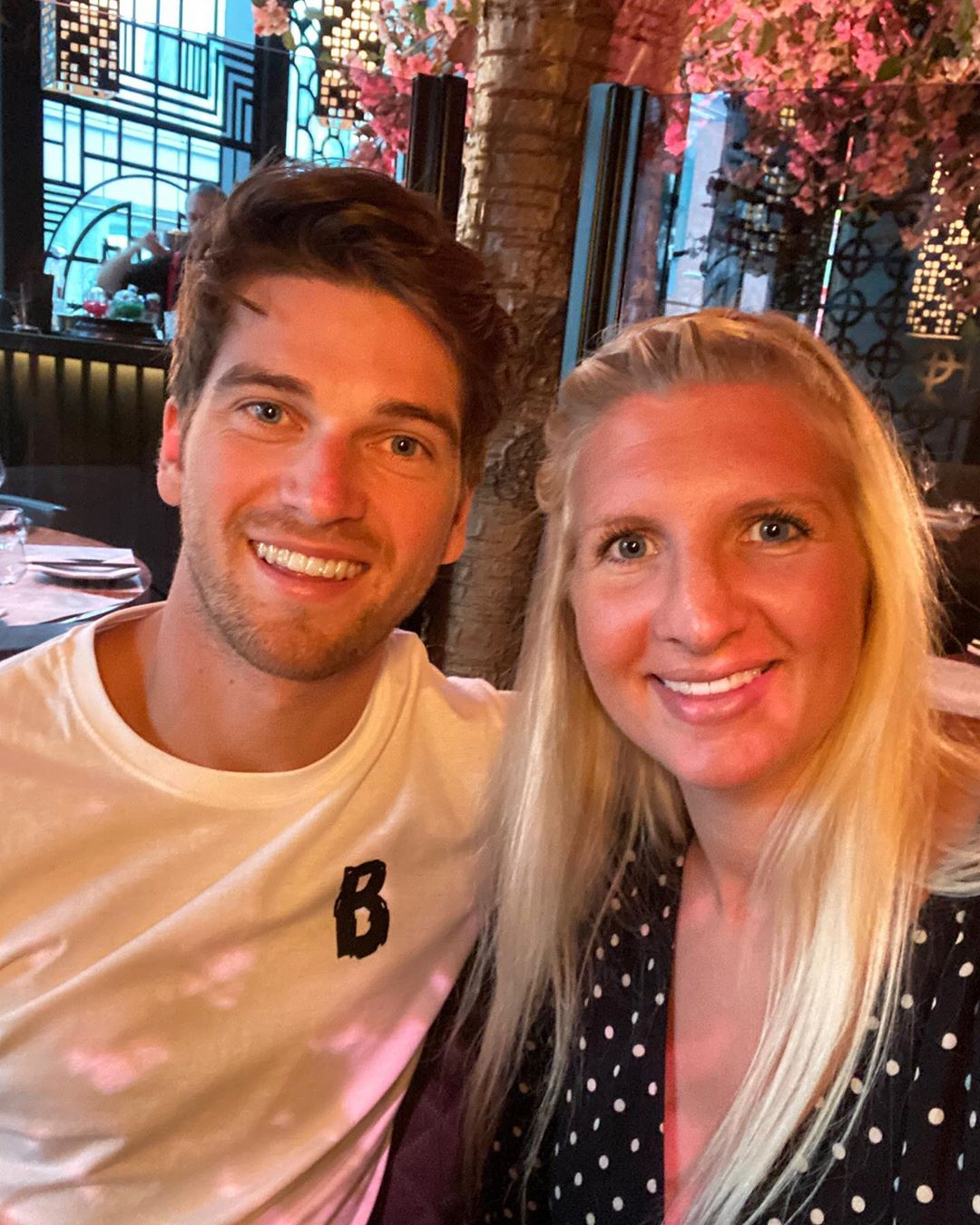 Rebecca said: “Summer is so excited about the pregnancy. But it’s such a long wait for a five-year-old.

“She asked me yesterday, ‘Mummy, when is the baby coming?’.

“I told her it was next year. But she doesn’t really understand when next year is.

“In the end I was like, ‘It’ll come after Christmas but before Easter’ and she was like, ‘OK, Mummy’. 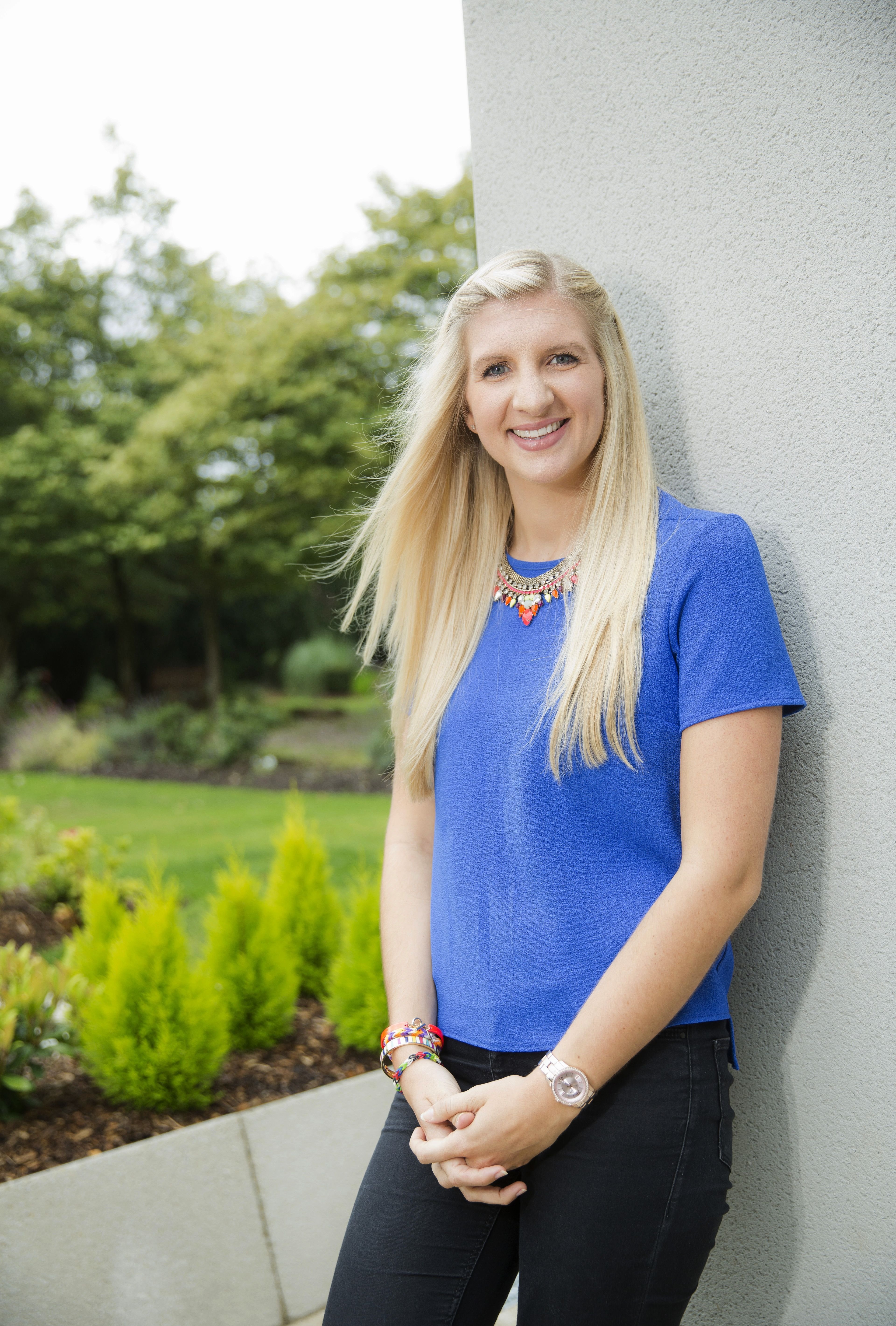 “She really got that — in her head, she knows Christmas and Easter.

“She is so sweet and caring. Summer loves touching the bump every day and she likes to give it a kiss. She talks to him like, ‘Hi, baby’.

“Summer is like, ‘I’ll get the nappies, Mummy’. She totally wants to be involved in stuff.

“I’m not quite sure she’ll be there for the night feeds, but Summer is going to be one of those kids who wants to be doing things. 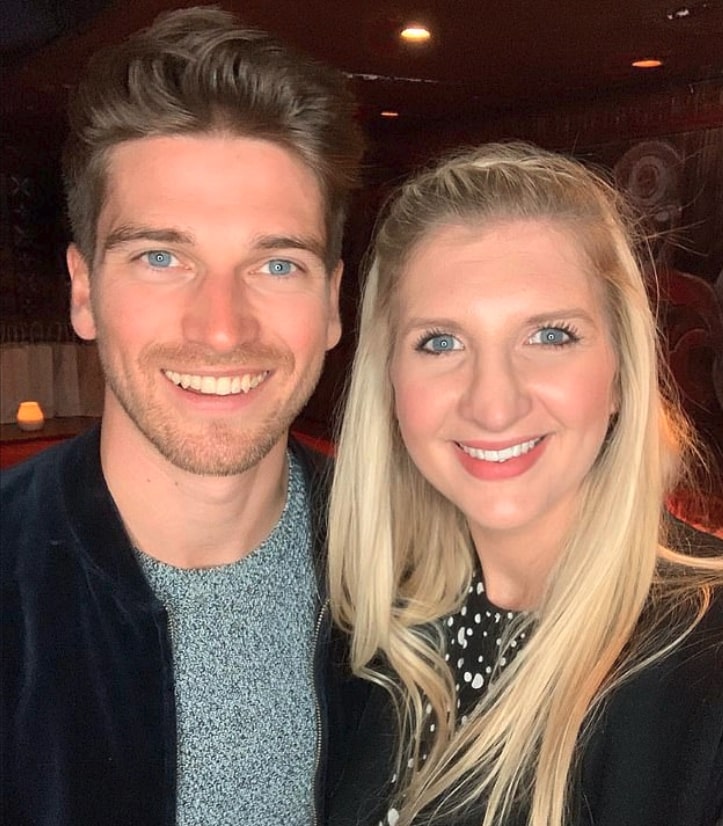 “We have been involving her as much as we can, so talking to her about what colour she thinks the nursery should be.

“We’ve not even started on the nursery yet but we try and involve her as much as possible.”

Rebecca has worked hard on maintaining a healthy lifestyle during this pregnancy, after gaining more than four stone when she was expecting Summer in 2015.

But it has been tough, as she has been without a kitchen while she and Andrew do up their house. 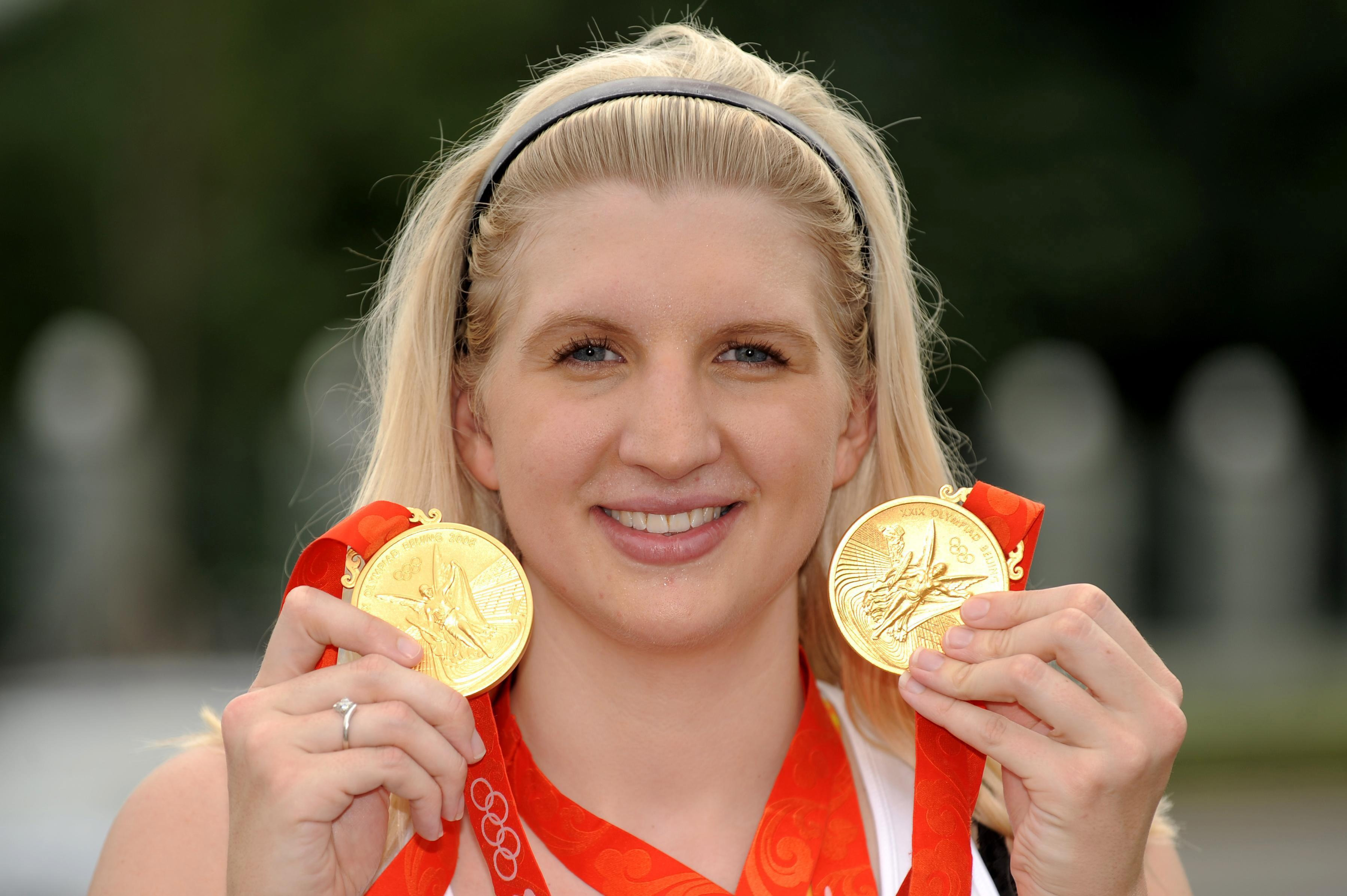 She said: “We’re having a house extension done at the moment and I’ve not had a kitchen for four weeks.

“I am desperate to have my kitchen back. I am sick of the microwave. All I have is a microwave and a kettle.

“This time I have kept exercising throughout pregnancy. During lockdown we made sure we kept working out and I have managed to maintain that. I put on a lot of weight with Summer, in total around four stone.

“A lot of it was water. The last two months I ballooned with water

‘So much easier second time round’

“My feet and my fingers were so swollen, it was unbelievable. By the end I felt like I was a big, swollen blob.

“I’ve not got to there yet. I am all right. I am a bit bump-heavy this time, which is good. But I am only 20 weeks so it could all change.”

While healthy-eating might be off the cards, Rebecca says she has found her second pregnancy less challenging than the first.

She added: “It’s been so much easier this time around. 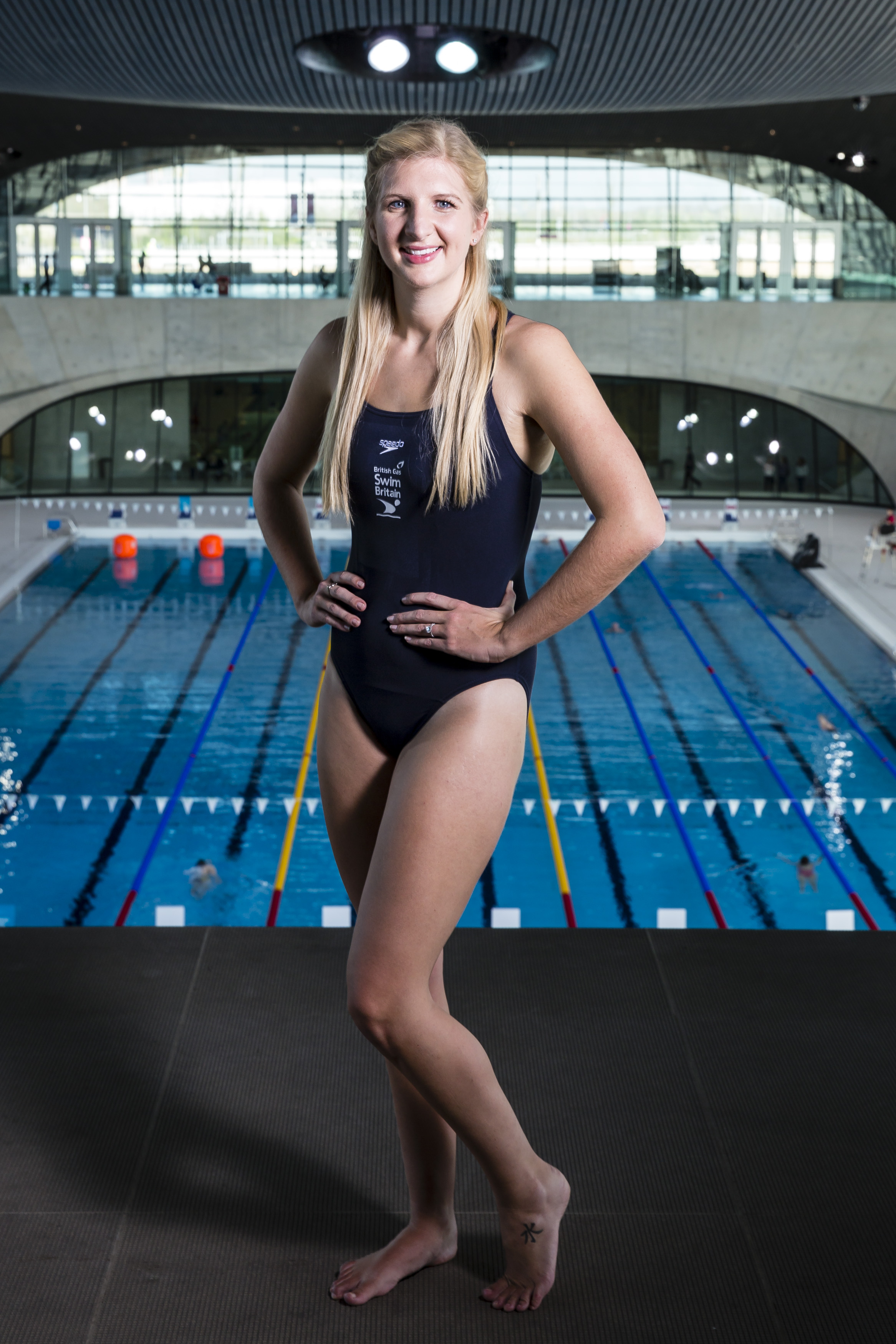 “The first time you’re pregnant, everyone is like, ‘This is amazing’, and you feel like you have loads of time.

Then it’s work on top of everything else. This pregnancy, I’ve just cracked on a bit more because it’s not as like, ‘Oh, I’m pregnant’, as it was the first time.

“Everyone is busy, we’re all just trying to get on with our lives. But this does feel like a real family baby and we are so excited.

“Summer is going to be an ace big sister, too. She is so loving and caring in that way.

“They just cannot work out why they had all the attention but now they are not getting any.

“I don’t want Summer to ever feel excluded or like she’s not involved. But, for the first time, the spotlight won’t be on her and that is when it is hard for kids.”

“That is some-thing we definitely do not want and I’ll make sure won’t ever happen.”

Asda is selling glow-in-the-dark roses for Halloween
This website uses cookies to improve your user experience and to provide you with advertisements that are relevant to your interests. By continuing to browse the site you are agreeing to our use of cookies.Ok