It’s been quite the week for James Bond news. On Thursday, the studios and producers behind No Time To Die announced that Daniel Craig’s final outing as 007 would be postponed from April 2 to November 12 in the UK. The move makes sense from a box office perspective considering how coronavirus has seen cinemas shut down around the world.

This includes over 70,000 in China, the second-largest box office audience after the US, where coronavirus originated.

Bizarrely a day later The Sun’s Bond insider – who has proven to be quite an accurate source on a number of occasions – reported that Craig is now tempted to return for a sixth outing after No Time To Die.

They said that the 52-year-old has asked the film’s PR team not to “aggressively market it as his final Bond.”

“I don’t think Daniel is finished with James Bond, despite his previous claims. 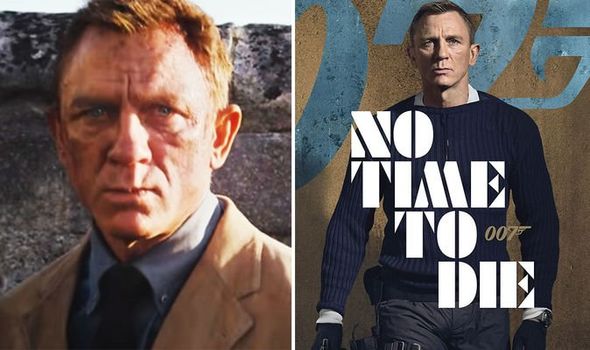 Allegedly, it comes down to how well No Time To Die does at the box office.

The insider added: “If it does, I think Daniel will be good for one more movie.

“He’s hedging that bet by asking for it not be marketed as a finale.”

If accurate, such a change of heart by Craig would be quite a surprise considering how much he’s said he’s really done with Bond.

There’s also the popular theory that Craig’s incarnation of Bond will perish at the end of No Time To Die to consider.

This would follow in the footsteps of blockbuster characters Iron Man and Wolverine, who died after appearing in a series of films.

It also seems like quite the coincidence that a day after No Time To Die is postponed there is now this claim from an unnamed source that Craig suddenly might want to make a sixth Bond movie.

Well, what if 007 is set to kick the bucket in No Time To Die and the seven-month postponement of the film only makes it harder for the big secret not to leak?

Having an insider “leak” that Craig wants to make a sixth film, for which his Bond would have to be alive, could be a clever marketing way of distracting fans from the truth that he does, in fact, have time to die in No Time To Die.

Of course, this is purely speculation, but we wouldn’t be surprised if this turns out to be the case.

After all, when the last film in the franchise Spectre was announced, Christopher Waltz was cast as Franz Oberhauser.

Considering the film’s title and the way the new villain was dressed, many fans believed he was in fact Blofeld.

This was something the actor denied to keep the secret that he was playing Bond’s arch-nemesis in the run-up to Spectre’s release.

Similarly, it’s rumoured that No Time To Die villain Safin, played by Rami Malek is, in fact, Dr No.

Interestingly, Malek has neither confirmed or denied whether or not this is true.