KELLY Clarkson looked glum as she was spotted for the first time since being ordered to pay ex-husband Blackstock $200K a MONTH.

The 39-year-old singer filed for divorce from Brandon last year. 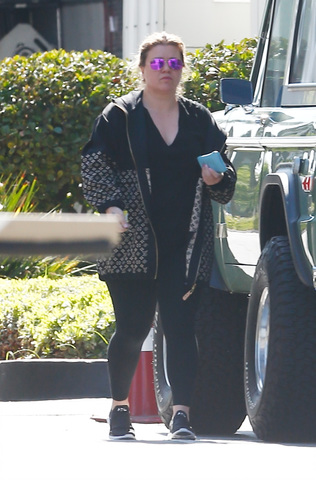 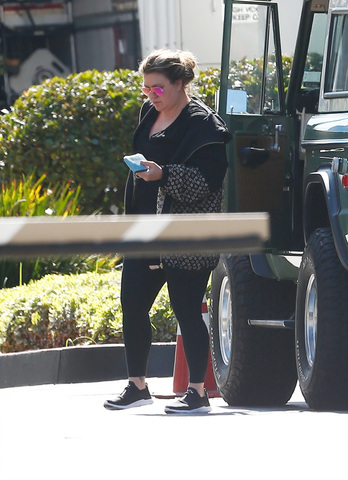 The talk show host donned a serious expression when she was seen arriving to work at the Universal Studios lot on Wednesday.

Her hair was tied back in a bun, while Kelly held her phone in her hand as she made her way from her car into work.

The recent spotting comes after it was revealed on Tuesday that she must pay Brandon $200K a month in spousal support.

In legal documents obtained by The Blast, the judge issued the order following arguments over problems related to the former couple’s property, children and monthly income.

The filing details Kelly and Brandon's finances, including the star's impressive earnings.

One of the revelations in the docs show that The Voice coach earns a staggering $1,583,617 per month in income – which is part of her reported $50 million net worth.

Due to her high earnings, the talk show host is required to pay Brandon $150,000 per month in spousal support which started back on April 1st, 2021.

According to the court papers, the mom-of-two will also “pay child support to (Brandon) for the benefit of the minor children, River Rose Blackstock, born June 12, 2014, and Remington Alexander Blackstock, born April 12, 2016, in the amount of $45,601 per month.”

In total, the American Idol champion is ordered to pay her ex-husband $195,601 a month in financial support.

The docs also state that Brandon, 44, – who has managed Kelly, Blake Shelton and other stars in the music business – has officially quit the industry.

The court papers claim he has pursued a career as a rancher in his new home state of Montana.

Brandon “made a very deliberate choice to change his life and become a rancher full-time,” the documents alleged.

The judge's ruling was made after the singer requested to be able to sell the Montana ranch the family spent quarantine in.

However, her request was not approved and the court said that Brandon would be "responsible" for the finances of the estate in the future.

The legal paperwork states: "Brandon will be responsible for making the timely payments for the carrying cost of the Montana ranch,  which included handling the mortgage, loans against the property, taxes, and insurance."

According to the documents, the expense of operating the ranch totals around $81,000 per month.

Kelly is also required to pay $1.25 MILLION in Brandon’s attorney fees and professional costs for their ongoing divorce.

Kelly and Brandon tied the knot in 2013, while the singer filed for divorce in June 2020.